On Dec. 14, several members of the Women of the Wall group were arrested in Jerusalem. Their crime? They were trying to pray at Jerusalem's Western Wall, dressed in the traditional shawls and scripture boxes worn by Jews during prayer.

Historically, all Jews were commanded to pray every day, but only men had to gather together and pray at certain times of the day. Women were excused mainly because tasks like watching children and preparing meals could not be set aside at a certain time in the same way men could structure their workday. Women still prayed, but they did it on their own whenever their schedule allowed. Men, on the other hand, gathered for prayer several times a day. They developed a more ritualistic prayer, complete with certain garments like the prayer shawls, or tallits, that the Israeli women got in trouble for wearing.

That's the real sticking point here. For centuries, men have prayed a certain way, making a certain ritual space in which to do it. Until fairly recently it was very much a no-girls-allowed domain, but recently women have wanted to join in those same rituals. I'm not Jewish, but I can certainly understand why rituals are so important. Praying on my own is nice, but getting dressed in my Sunday best and going to a special building so I can pray with my fellow Christians is something else entirely. It helps me connect to a tradition beyond myself, which in turn helps draw me to God. If you told me this communal prayer was only for the guys, I'd be put off in a big way.

When we focus on our rights, on what we are allowed to do, it becomes harder to focus on God.

There's another side, though. I don't doubt that many women who tried to pray at the Western Wall wearing a tallit sincerely wanted to pray the way Jews have always prayed, but many others undoubtedly were more concerned with the right to pray. As Rabbi Shmuel Rabinowitz said of the Women of the Wall, "They don't come here to pray, they want to protest."

When we focus on our rights, on what we are allowed to do, it becomes harder to focus on God. Sometimes protest is a good thing, but if that's what the Women of the Wall are trying to do, their "prayer" is more focused on themselves than on God.

Jews hardly have the market cornered on this problem. Consider a question we Christians still struggle over: whether women should be preachers. Both Roman Catholics and the Orthodox churches restrict the priesthood to men and Southern Baptists stopped ordaining women in 2000. My own denomination, the Methodists, has a long history of ordaining women, but even so women pastors face resistance in some areas of the country. Their parishioners expect their pastor to be a man, and so women drawn to full-time ministry often find themselves in a position quite like the women wishing to pray at the Western Wall.

We need to approach such issues with the humility the Christian faith requires. We should make room for women both at the Western Wall and the Lord's Table, but we must also keep our focus on the One we are gathered to worship.

Marta Layton is a philosophy doctoral student at Fordham University, where she researches Anselm's approach to the problem of religious language. She blogs about faith, philosophy, politics and Tolkien at Faith Seeking Understanding. / Photo of the Western Wall in Jerusalem courtesy of iStockphoto. 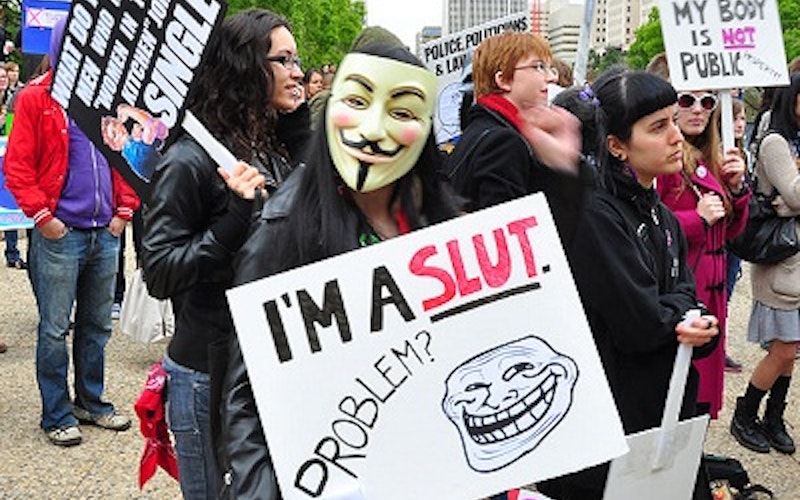 What Christians can respect about SlutWalks