Christians should avoid two extremes in approaching the challenge of euthanasia.

By June 6 of this year, Canada will have a law allowing euthanasia. The reaction among Christians in both Canada and the United States has tended to be polarizing and fearmongering. Consider Wesley J. Smith’s article at First Things, entitled “Canada declares war on Christian doctors and nurses.”

The law has not even been drafted yet. Smith is reacting to a special parliamentary committee’s recommendations on the new law. There have been plenty of criticisms from religious organizations, disability advocates and even the secular media, suggesting that modifications to these recommendations are a real possibility when the legislation actually gets drafted.

I do have concerns about the committee’s recommendations, which includes allowing medical assistance in dying to non-terminal patients, while not including age restrictions. I am also concerned with the freedom of religion and conscience ambiguities that Smith bemoans. Despite that, I still think a calmer response is called for.

We need to avoid two extremes in approaching the question of euthanasia and the death with dignity movement. One is to totally demonize pain and suffering. This is increasingly our culture’s default position. Our culture sees little, if any, redemptive meaning in suffering and pain. Hence, we are to avoid them at all costs. If we cannot avoid suffering, we should end it as quickly as possible rather than endure it. The common mindset is that dignity and suffering are mutually exclusive. Thus doctor-assisted suicide is considered a reasonable course of action.

As a follower of Christ, who willingly suffered on the cross, I cannot view pain and suffering as ultimately meaningless. When the apostle Paul wrote, "For it has been granted to you on behalf of Christ not only to believe in Him, but also to suffer for Him,” he was clearly operating within a different worldview in regards to suffering.

As a follower of Christ, I cannot view pain and suffering as ultimately meaningless.

Jean Vanier, a Christian humanitarian and founder of L’Arche, an organization dedicated to supporting people with intellectual disabilities, recently wrote that our fragility and vulnerability are as much a part of our humanity as our independence and strength. “In L’Arche,” Vanier explained, “we have learned much over the years accompanying people on the path of life, from fragility to strength and back to fragility. More than anything, we have discovered that there is an inexplicable grace to be found in learning to accept ourselves and one another, not only because of our strengths but also because of our weaknesses and fragilities.”

If we refuse to accept our fragilities and sufferings, then we proclaim that only in independence and strength are we human. When we do that, we ultimately diminish our full humanity in God’s image.

The second extreme to avoid is idolizing biological life. Christians often fall into this trap. We begin to defend and protect biological life at all cost, as if it is all that matters. Some Christians will deny any form of treatment that might potentially hasten death.

The Bible envisions life as more than simply biological function. As Old Testament theologian Walter Brueggemann explained, “Life and death do not have to do, in Biblical perspective, simply with the state of the individual person but with the relation between the person and the community which identifies that person and which gives personhood… Life in the Bible means relatedness. Conversely death is to be unrelated.” This is why God warned Adam and Eve that they will “certainly die” when they disobeyed Him. Their relationships to God, to each other and to creation were severed.

Therefore, I must always view life holistically and resist reducing life to biological function. It is not enough for Christians to decry assisted suicide. We must also help establish end-of-life care that integrates spiritual, emotional and psychological care with medical care. Ideally, medical caregivers will work alongside families and faith communities in providing such care.

The apostle Paul wrote: “For to me, to live is Christ and to die is gain.” In Christ, both life and death’s meanings have been redefined. We do not embrace death, but neither do we fear it as a hopeless end. At the same time, we must affirm life without idolizing it. 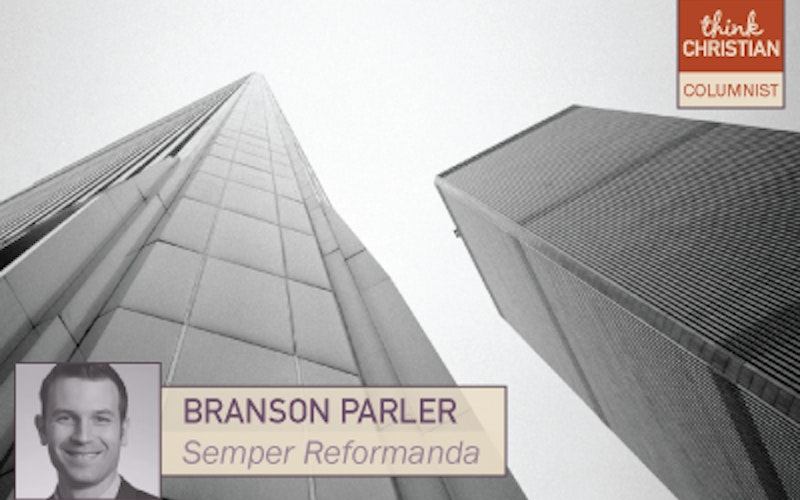 Brittany Maynard and 9/11 jumpers: an analogy that doesn’t work