It's Banned Books Week! The American Library Association has more information about the significance of this week, as well as a list of the 100 most frequently challenged books of 1990-2000.

In discussing the list, Chris and I noted that while the list contains plenty of books of dubious literary value, a good number of the books on that list would actually go on our (as yet uncompiled, alas) list of "books you should read before you die." Chris suggested that we each pick a book from the list that had an important influence on our life and blog about it—so here's my choice. 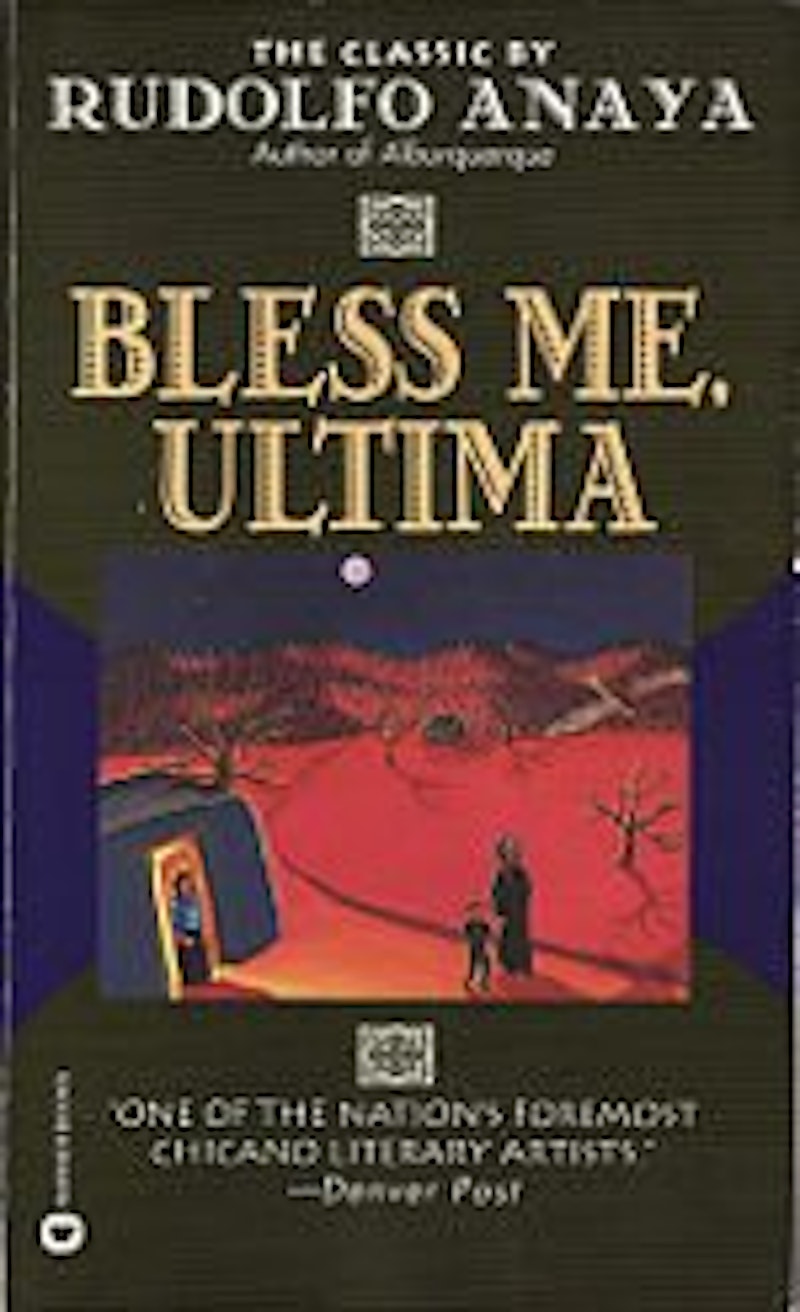 I first read Bless Me, Ultima by Rudolfo Anaya in my Literature 101 course in early college. I expected it would be a boring read-it-in-order-to-pass-the-class sort of novel, and was completely caught off guard by the effect it had on my Christian worldview. One of the central plot plot elements in Bless Me, Ultima is a young boy's attempt to reconcile the Catholic faith with his Native American beliefs and culture. From a Christian perspective, the story does not end happily: the boy rejects Catholicism and Christianity in favor of a more vague and less judging set of spiritual beliefs, but it made me think long and hard about evangelism.

First, it helped me glimpse the immense challenge of reconciling Christianity with deeply-ingrained cultural beliefs and behaviors. My understanding of evangelism and missionary work was pretty naive and Anglocentric at the time, and Bless Me, Ultima made me understand that for many people, the decision to embrace Christianity is a painful and heart-wrenching decision that puts them at odds with their culture. At the same time I read Anaya's novel, I was also making my way through the works of Shusaku Endo, whose novels depict the difficulty that early Japanese Christians faced in reconciling their new faith with their culture and upbringing. Between all of these novels, I realized that evangelism was a much more complex task than just handing out tracts and waiting for people to say the Sinner's Prayer and live happily ever after.

Secondly, it taught me that when Christianity is misrepresented, it does lasting damage. The Christianity that the protagonist is faced with is a branch of localized Catholicism that often bears little resemblance to the actual Gospel message. This is the protagonist's only exposure to Christianity, and when he ultimately rejects it, it seems unlikely that even the best-intentioned minister could undo the damage and get the boy to reconsider. The Christianity depicted in the book is unable or unwilling to answer the boy's real spiritual questions, and actually drives him from the church.

I can understand why concerned parents would not want their kids reading Bless Me, Ultima—it's got witchcraft, non-Christian religions, and an ending that doesn't involve the protagonist's conversion to Christianity. But it actually helped to deepen my Christian faith, and I'd hate to think that anyone of the appropriate age is being denied access to it.

How about you? Anybody else out there read Bless Me, Ultima and want to share your thoughts? Are there any books on that list that are especially important to you?