Blindness, by way of a gunshot wound, enabled a drug dealer to see God's light.

Lamont Levels is blind, but he wasn’t born that way. In 2001, his fellow gang members turned on him during a drug deal in a Dallas suburb. After shooting him in the head, they ran off with the money and left him for dead. But the bullet missed his brain and severed his optic nerves. The shot meant to take his life merely took his sight, and Levels thinks there’s a good reason why.

“God closed my eyes in order for me to see,” he recently told a Dallas reporter. “My eyes told me that I had to live that life, but my eyes didn’t tell me the consequences that came behind it.”

And so, on the night he should have died, Lamont Levels began to live.

The former dealer is now a fixture on the gang-intervention circuit, speaking at neighborhood schools, churches and community events. He shares his story with at-risk children, describing the desolation of rising to the top only to discover that, when he needed them most, the people he considered “family” didn't have his back. In his blindness, he hopes to open the eyes of a new generation to the false allure of the criminal life — a life that, for many, appears to be a foregone conclusion.

This is a story I’ve heard many times: a former criminal “sees the light” and becomes a fruitful advocate against his former ways. Such tales abound in the work of restorative justice, where people like Levels witness powerfully to how God seeks and saves the lost and uses the foolish things of the world to shame the wise. I hope we never tire of hearing their testimonies. Rightly received, they can stir in us the same bewildered adoration Jesus’ disciples felt watching Him turn their world upside down.

My somewhat timorous prayer is that God will blind me to whatever competes for His devotion in my life.

Levels’ story is particularly interesting because, for him, “seeing the light” ironically involved going blind. We usually think of Jesus opening the eyes of the blind, but we forget how He advised His disciples to gouge out their eyes if they caused them to sin. It would be better to enter life blind, He said, than to enter hell with both eyes intact. Those are tough words, to be sure, but I suspect they resonate deeply with Levels, who seems to prize his new life infinitely more than the vision he lost to obtain it. My somewhat timorous prayer in response to his testimony is that God will blind me to whatever competes for His devotion in my life, so that I’ll flee more earnestly to the Savior who alone restores sight.

Levels still has the hoodie he wore the night he was shot. Though he can no longer see his gang’s name on the tattered, blood-stained garment, he sometimes puts his finger through the small hole where the bullet entered. Fortunately for him, the physical blindness that hole represents is only temporary, while the abundant life it won is permanent.

It’s a life meant for sharing, too. Levels’ ruined hoodie is a beautiful token of the extravagant lengths to which God will go to sever false worldly ties and welcome broken people into glorious fellowship. 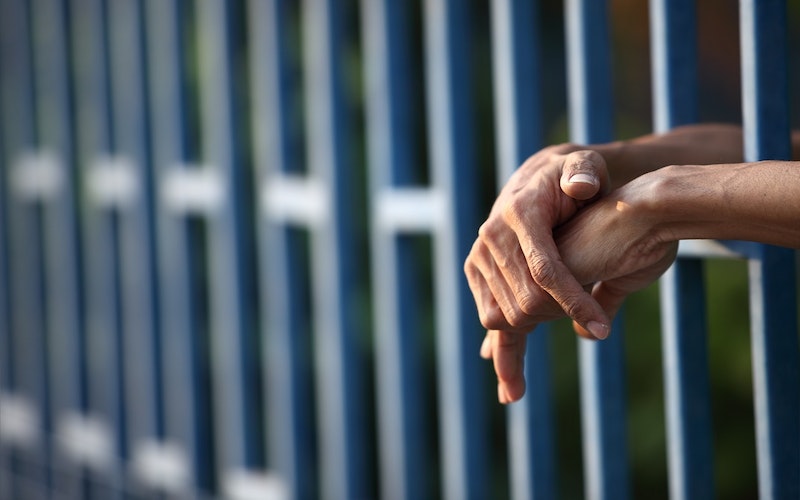 When prisoners choose not to escape