The ongoing drought in California brings us face to face with collective sin and the danger of human pride run amok.

A few miles from the town where I live on the San Francisco peninsula, there is a monument to water: the Pulgas Water Temple. It’s a Beaux Arts-style temple, with a reflecting pool set in a green, grassy lawn. The temple bears these words from Isaiah: “I give waters in the wilderness and rivers in the desert, to give drink to my people.”

The temple celebrates the 1934 completion of the Hetch Hetchy Reservoir and its aqueducts, bringing Sierra Nevada snowmelt water across California to supply the city of San Francisco and the peninsula. But the Pulgas Water Temple puts Isaiah to odd use: a quote meant to remind God’s people of the salvation history is used instead to celebrate a feat of human engineering. The place nods to Isaiah, yet inadvertently recalls the Tower of Babel.

In spite of its acres of farming and lush green golf courses, California has the desert in common with ancient Israel. And now the state might not have the water needed to sustain its current population and industries. As the climate is changing (and there are compelling scientific arguments that the current drought is linked to global climate change caused by humans), we have a water crisis on our hands.

After four years of drought in California, the Sierra snowpack that brings our water is barely present. Wildfires are starting earlier in the season. The state is debating whether or not it’s disrespectful to stop watering the grass in cemeteries. People are asking which farmers are using too much water. The finger gets pointed at almond farmers, sometimes by those who are contentedly sipping their almond-milk lattes.

The drought also brings out the worst in inequality. This is nothing new: there is a history of injustice associated with our water systems. Today, some rural towns are out of water. There are reports of increased food insecurity in low-income communities as a result of the drought. Meanwhile, those of us in affluent suburbs and urban areas in Northern California have only been asked, very politely, to reduce our water usage.

This drought brings us face to face with collective sin and human pride.

My family tries to conserve water, but I’m the first to confess that our efforts are modest. I water my patio planters with dirty dishwater. I try to be mindful of the length of showers and letting the water run when I’m brushing my teeth. I don’t water my lawn, but I wonder if it might be poor stewardship to let kids run in a sprinkler for a few minutes on a hot day.

And yet, even if everyone in California conserved water and installed combustion toilets, we couldn’t save ourselves.

This drought brings us face to face with collective sin and the danger of human pride run amok. As beautiful as the aqueducts are, and for as much good as the irrigating of California has created, the engineering of California’s water has cost us. And all North Americans are in some way complicit: you likely benefit daily from culture, agriculture and technology from the state.

I’m not quite ready to say God is reprimanding us for our hubris in engineering nature. But I do mutter, “Kyrie eleison: Lord, have mercy,” whenever I’m confronted with evidence of the drought. The drought is not my fault alone, but I participate. It’s a conviction of collective sin. We’re going to have to do more than just rip out our thirsty lawns to repent. This drought is a reminder that we must love our neighbor as ourselves and care for the earth as the Creator does. And that repentance needs to take many forms and contributions from many people: low-flow toilets; new agricultural technology; addressing food injustice; even the political will for solid environmental policy. That’s how we’re called, in this case, to help “justice pour down like waters, and righteousness like an ever-flowing stream.” 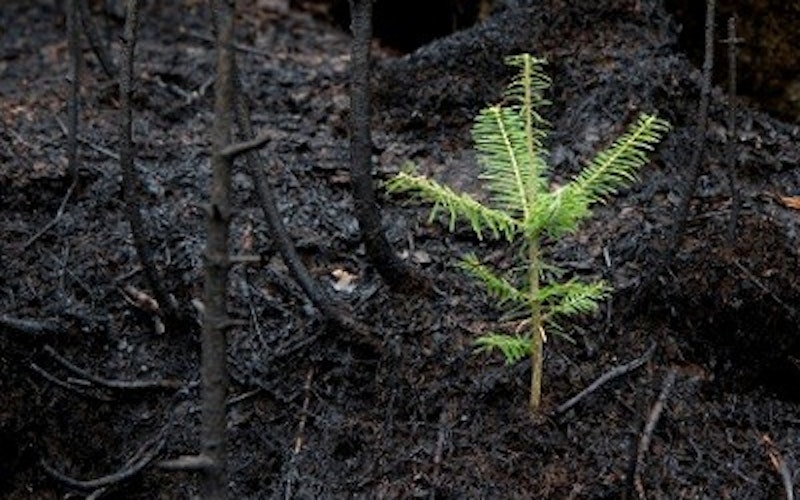 What we saved in the Texas wildfires 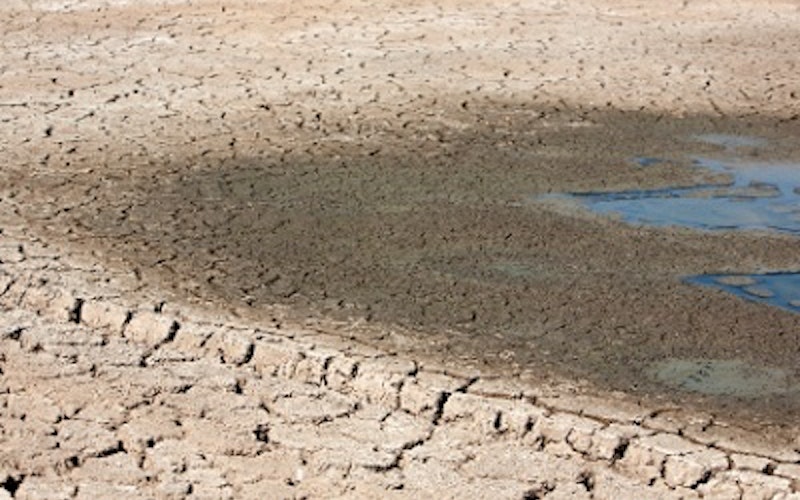