[lab]oratory picked up on this story coming out of my own backyard of Grand Rapids, MI that manages to combine issues of copyright, religion, sexuality and emotional abuse into one package. The story covers a man attempting to sue Zondervan for publishing the NIV. He's taking issue with the translation of 'arsenokoitai' to 'homosexuals' in 1 Corinthians 6:9. 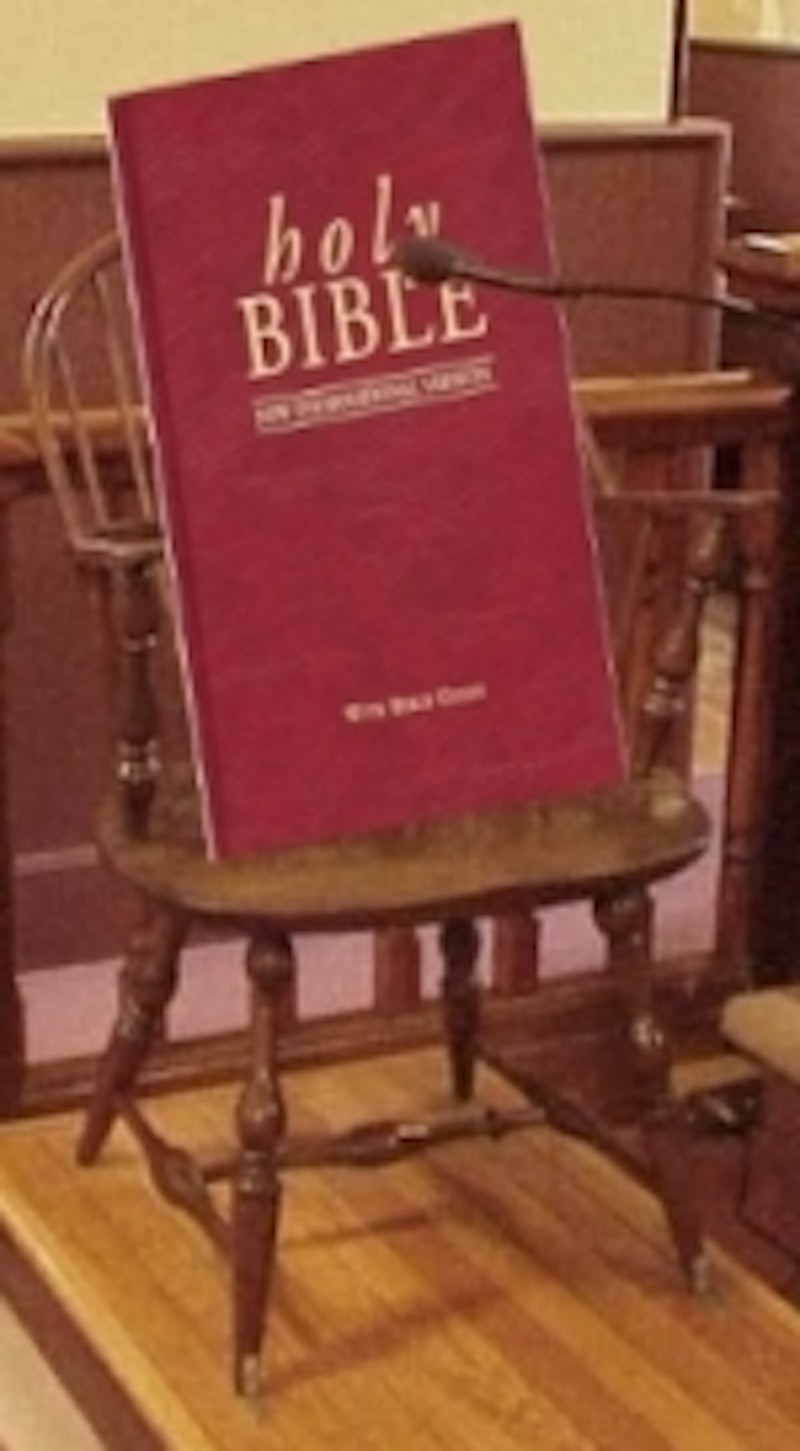 He wants an apology and $60 million.

I know I'm just feeding the hype machine by passing this along to you, which I'm sure is exactly what this person wants, but it's just such an interesting case.

Here's an excerpt from the WOODTV article, which managed to get a phone interview with Fowler:

Fowler says Zondervan Bibles published in 1982 and 1987 use the word homosexuals among a list of those who are "wicked" or "unrighteous" and won't inherit the kingdom of heaven. Fowler says his family's pastor used that Zondervan Bible, and because of it his family considered him a sinner and he suffered.
Now he is asking for an apology and $60 million.
"To compensate for the past 20 years of emotional duress and mental instability," Fowler told 24 Hour News 8 in a phone interview.
He claims the company is misinterpreting the Bible by specifically using the word homosexuals. Fowler admits that every Bible printed is a translation, interpreted in some way, but he says specifically using that word is not a translation but a change.
"These are opinions based on the publishers," he said. "And they are being embedded in the religious structure as a way of life."

There's more of the same over at NBC25:

Some other bibles like the New American Standard also use the word. Others don't. The regular American Standard Version uses the phrase 'abusers of themselves with men.' The King James says 'abusers of themselves with mankind.' Still others use the word 'sodomites.' Fowler says the idea that those phrases are another way of saying homosexuals is a misinterpretation as well. The following is a statement from Zondervan:
Zondervan has not been served with a lawsuit and therefore cannot comment on it. However, it is important to note that since Zondervan does not translate the Bible or own the copyright for any of the translations we publish, we should not comment on the merits of how a word should or should not be translated. We rely on the scholarly judgment of the highly respected and credible translation committees behind each translation and never alter the text of the translations we are licensed to publish. We only publish credible translations produced by credible Biblical scholars.

As [lab]oratory points out, you can't just sue the publisher. You also can't really sue IBS (the copyright owner) because the CBT did the translation.

It seems to me that his case might be rather weak considering the long history of scholarship in Bible translation. If the case is successful, which I highly doubt it will be, I do wonder what this could mean for translation efforts.

Topics: Culture At Large, Theology & The Church, The Bible