Inspired by Airbnb, Lyft and Uber, Branson Parler wonders what would happen if Christians took the social creativity of the sharing economy one step further.

A recent Time article highlighted the legal issues faced by companies such as Airbnb, Uber and Lyft. These companies are part of the sharing economy, which uses technology to connect consumer demand with goods and services provided by individuals rather than traditional businesses. In my hometown of Grand Rapids, Mich., there’s been a good deal of argument between advocates and opponents of Airbnb, with city regulators recently proposing a compromise.

Personally, I’m partial to the crowd-sourcing and small-scale ways of connecting promoted by the sharing economy. But legal issues with the sharing economy quickly arise because money is changing hands. I’m not at all against making money for legitimate purposes, such as renting out a room or giving someone a ride. But what if Christians took the social creativity of the sharing economy one step further?

Jean Vanier points out that the modern institutions of hospital and school have their genesis in Christians who pioneered new possibilities in hospitality. Yet, even though hospitality is a key motif in Scripture, it’s largely lost in our culture of hotels and lodging. From a Christian perspective, the “homesharers creed” preached by Jon Bell (brother of Rob) and other advocates of Airbnb makes good sense. But for those grasped by the radical grace of the Gospel, it doesn’t go far enough. To paraphrase Jesus, “If you house those who pay you, what reward do you have?”

What if Christians took the social creativity of the sharing economy one step further?

What if instead of simply advocating for the sharing economy, Christians used contemporary technology to build on the Airbnb model and provide hospitality for other Christians and non-Christians alike? For example, what if some Christians in Grand Rapids (I hear there are a few there) opened their homes - free of charge - during the annual ArtPrize event, which draws thousands of people from all over the state, the country and even the world? Now that would be a true sharing economy.

From a homeowner’s perspective, housing someone for a short period of time does not add extensively to monthly expenses. So what we’re really making people pay for is the inconvenience of their presence. But the Christian tradition of hospitality takes a far different view of strangers, recognizing that the hospitable home may be graced by angels or even Jesus in the guise of a stranger. This view of hospitality would also embody the radical Christian notion that, technically speaking, I am not the owner of anything I use, including my home. Rather, I’m a steward entrusted to use rightly what God has given me for the benefit of the common good. My property is only rightly considered mine when I recognize that it’s not for me alone.

Now, I admit that there are plenty of logistical issues and questions that would go along with this kind of hospitality. But if making money is enough of a motivation to make Airbnb, Uber, Lyft and others work through the regulatory red tape, then shouldn’t witnessing to the kingdom of God be enough of a motivation to make Christians work through potential logistical issues? In a world where there’s no such thing as a free lunch (and certainly not a free night’s lodging), radical Christian hospitality could be a powerful witness to a different economy - an economy of grace.

Branson Parler is Associate Professor of Theological Studies at Kuyper College and author of Things Hold Together: John Howard Yoder's Trinitarian Theology of Culture. You can visit his website at www.bransonparler.com. / Photo of Lyft car via Spiros Vathis/Flickr Creative Commons, with illustration by Jerod Clark. 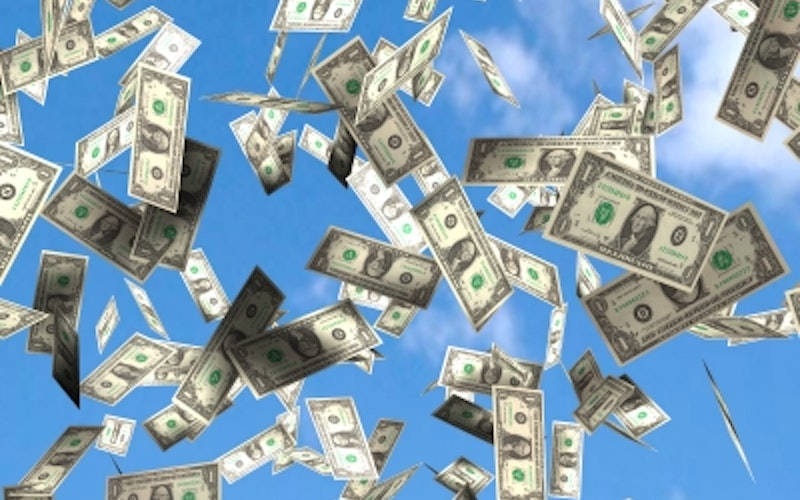 The art of living generously