Christian philosophy is alive and well – and far from settled – in 2014.

A recent gathering of the Society of Christian Philosophers was both a look back and a look forward. Alvin Plantinga was on hand to revisit his 1984 essay, “Advice to Christian Philosophers,” while other presenters debated how that advice should be understood today. What is Christian philosophy, and what are its challenges in 2014?

Thirty years ago, Plantinga stoked the imagination of Christian philosophers with “Advice to Christian Philosophers.” Plantinga was well respected both among the general Anglo-American philosophical community and among Christians within that community; he had already done significant work to help gain respect and a place at the philosophical table for Christians who did not want to hide their faith as they pursued their professional work. In his 1984 essay, he went beyond assuring his Christian colleagues that they had a legitimate right to be both Christians and philosophers - he challenged them to put their faith to work intentionally as a shaping influence on their intellectual agendas, and to do so with “autonomy,” “integrality” and “courage.” While Plantinga was not the first to articulate such a call, he was strategically placed to draw attention to significant developments that were already challenging the “deeply non-Christian” “public temper of mainline establishment philosophy in the English-speaking world” that had characterized the philosophical world during his own intellectual coming-of-age some 30 years prior.

At last week’s Society of Christian Philosophers conference, hosted by the philosophy department of Trinity Christian College, Plantinga called for Christians to engage in “theistic philosophy,” which he described as addressing typical philosophical questions on the basis of explicitly held commitments to belief in God. In the discussion around Plantinga’s talk and throughout the conference, there was much admiration for his contribution to the cause of Christian philosophy, but there was also a salutary restlessness, a sense that there is more for Christian philosophy to be about today than could fit within the boundaries of the project as Plantinga had drawn it.

Exclusively emphasizing beliefs and arguments might obscure the depth of what Christian philosophers and Christian communities have to offer one another.

In “Advice,” Plantinga described “autonomy” as “independence of the rest of the philosophical world.” Today, however, it seems that the other two elements of Plantinga’s initial challenge – integrality and courage – are propelling Christian philosophers not into an isolating kind of independence, but rather into diverse forms of involvement in the contemporary philosophical scene as Christians. This was evident in the very structure of the conference. When Plantinga offered his original “Advice,” the Society of Christian Philosophers was only six years old and was relatively unusual as an explicitly Christian scholarly society self-consciously working within the larger discipline of philosophy. The recent conference was a joint meeting of that now well-established group and a newer organization, the Society for Continental Philosophy and Theology. Many of its members work with philosophical assumptions and methods (so-called “Continental philosophy”) that often are quite different from those of the leading voices within the Society of Christian Philosophers (which has been dominated by so-called “analytic philosophy”). That’s a sign not only of further thriving of Christian philosophy, but also of a kind of intellectual diversity among Christian philosophers that Plantinga may not have foreseen.

One particular extension of Plantinga’s vision was evident in the contributions of the conference’s other three keynote speakers, which touched on the concern that exclusively emphasizing beliefs and arguments might obscure the depth of what Christian philosophers and Christian communities have to offer one another. Adriaan Peperzak recalled the “long Christian tradition of embedding philosophia (the love of wisdom) in the outspoken practice of prayer and pious reflection,” a tradition in which faith is understood not simply as believing-that, but as living dedication to and trust in God. Bruce Benson emphasized the “twofold task of Christian philosophy,” in which theoretical concern with thinking is never to exclude practical concern with life. And Kyla Ebels-Duggan pointed out that while Christians are certainly distinguished by their beliefs, they are also, at least as much, distinguished by how they live.

Respect for a previous generation’s achievements but restlessness about existing definitions; a growing diversity of starting points and methods; and attentiveness to the dimension of living faith and its relevance for thinking: all of these are signs that Christian philosophy is alive and well – and far from settled – in 2014.

Aron Reppmann is professor of philosophy and director of new faculty formation at Trinity Christian College in Palos Heights, Ill. / Image via iStockphoto. 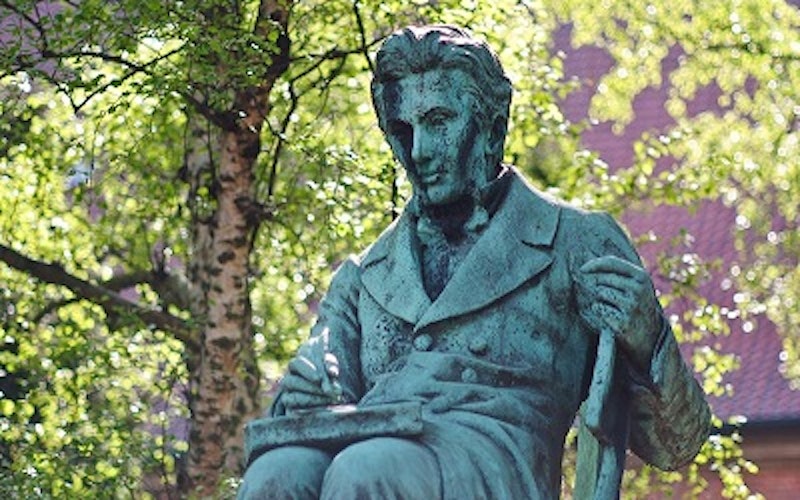 A challenge from Kierkegaard on his 200th birthday