Are the only two options at Christmastime a sentimental, naïve belief or a cynical, disbelieving maturity?

If you’ve been anywhere near a radio or retailer this Christmas, there’s a good chance you’ve heard the lines from the ubiquitous Josh Groban song “Believe”: “We were dreamers not so long ago / But one by one we all had to grow up / When it seems the magic's slipped away / We find it all again on Christmas day.” This expresses well a prevalent theme of many Christmas songs, movies and television specials: Christmas is about recapturing the magic of childhood, the main feature of which is belief - in Santa, in magic or perhaps just in things that no right-thinking adult ever would.

Interestingly, our common cultural narrative about the transition from medieval to modern times also connects belief with a time of childhood, now applied to a broad swath of history. Once upon a time, so the story goes, we used to believe in God. This childish credulity was a major reason that Western culture was mired in the “Dark Ages.” But then we matured. In the Enlightenment, human reason threw off the shackles of authority, tradition and ignorance. We learned to control nature through science and built a better world through our technological and economic development. The progress possible in this world is limited only by those who are “stuck in the past.” And so belief in God became a nice, trite feature of life for those who are childish enough to need the crutch. But most of us don’t. This narrative of maturation is so pervasive that the message from modern atheists to religious believers could be summarized in two words: “Grow up.”

But amidst this “growing up,” we still long for the enchanted world of childhood, a world of mystery and magic. And so we romanticize childhood, especially at Christmastime. But is it that simple? Are the only two options sentimental, naïve belief or a cynical, disbelieving maturity?

Philosophers like William James dispel the notion that belief is merely a feature of the childish or religious. In his famous essay “The Will to Believe,” he points out that belief is an essential component of life in all kinds of areas. James points out that most of us take scientific facts, like the conservation of energy or existence of molecules, on faith, without really being able to explain why they are so - we trust the scientists. We have to trust our mechanics, teachers, plumbers and doctors. Rather than decrying this constant need for trust, however, James affirms that faith is part of the fabric of human life. The myth of the modern grown-up - who doesn’t or can’t believe - is just that: a myth. Most of the true things we know, we know because we trust someone who told us.

I think this gets at what Jesus means when He says that we must become like children to enter the kingdom of God. The contrast is not between child-like naivete and grown-up realism, but child-like humility and grown-up pride. Children are humble enough to pepper their parents with questions and believe the answers they get. And although parents (and other adults) can sometimes be unreliable, it doesn’t alter the necessity of belief.

If becoming child-like at Christmas is merely a call to embrace the romantic sentimentalism of a secular age, Christians need not bother with it. But if becoming like a child at Christmas is a humble recognition of the never-ending need for daily faith, then Christians should by all means embrace it. If the Creator of the Universe was not too proud to become a child at Christmas, then we should be able to become child-like as well.

Branson Parler is Associate Professor of Theological Studies at Kuyper College and author of Things Hold Together: John Howard Yoder's Trinitarian Theology of Culture. You can visit his website at www.bransonparler.com. / Photo of mother and child via Shutterstock.com.

The necessity of sad Christmas songs 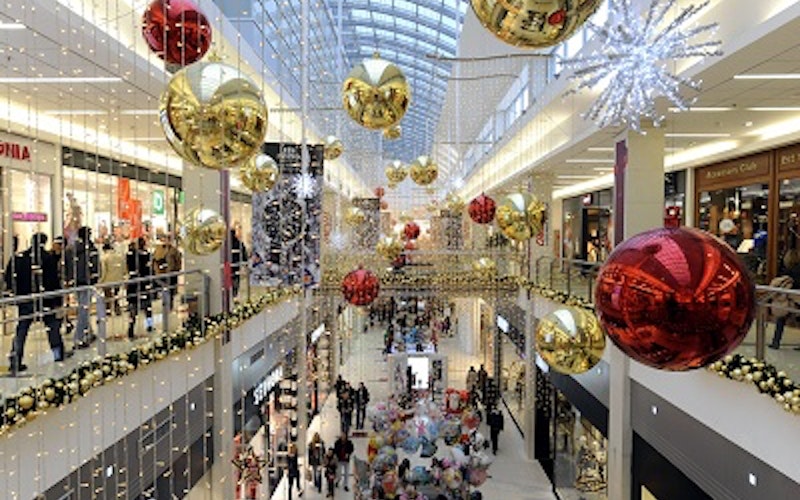 A Gospel guide to Christmas shopping