One of the recurring problems facing the church is when it should speak, formally and institutionally, to some matter of public import. One of the issues facing the world today is the challenge of global climate change, and my own denomination is one of the many Christian communities and groups within recent years to struggle with whether and how to respond.

As my church’s synod, its highest deliberative body, debated and eventually passed a resolution last month, one of the delegates reflected on the process. “I’m a skeptic on much of this,” he said, “But how will doing this hurt? What if we find out in 30 years that numbers (on climate change) don’t pan out? We will have lost nothing, and we’ll have a cleaner place to live. But if they are right, we could lose everything.”

The reality is, however, that there is a great deal to lose when the church speaks out publicly. Much is at stake, and so the church’s official stances on issues must be weighed judiciously and considered carefully. Speaking more broadly on the question of social justice, Dr. Calvin Van Reken, a professor of moral theology at Calvin Theological Seminary, once warned about dangers facing the church as it attempts to navigate these treacherous waters. One possibility, pointing to the example of apartheid in South Africa, is that the church “will be silent when it should speak out.” But “a second, even worse danger, is that the church will speak out and defend the wrong side of the moral issue.”

So, to address the delegate’s question, it matters a great deal whether climate change is real, whether it is caused by human beings and whether it represents the matter of social, economic and environmental justice that many people claim that it does. Clearly the church has a great deal at stake, whether it speaks or remains silent on a particular issue.

As churches take action themselves and exhort others to do the same, they need to make sure to respect the prudential judgment and individual consciences of their members.

Another thing to consider is that the church doesn’t just have its own moral authority to lose if it speaks in an incorrect or untimely fashion on climate change. Some years ago noted Christian writer Andy Crouch made a similar case regarding climate change, arguing that “we have little to lose, and much technological progress, energy security and economic efficiency to gain, if we act on climate change now - even if the worst predictions fail to come to pass. But if we choose inaction and are mistaken, we will leave our descendants a blighted world.”

It’s true: there is nothing in this world that does not involve some risk, whether action or inaction. This is in part because every choice we make, individually and institutionally, closes off some other option for action. In economics this is understood in terms of opportunity cost. For everything we do, there is something else we choose not to do. So again, what do we have to lose? All the other good that we might be doing instead! This raises the difficult prospect of agreeing about certain ends or goals and disagreeing about the best ways to reach those goals. As churches take action themselves and exhort others to do the same, they need to make sure to respect the prudential judgment and individual consciences of their members.

As individuals and institutions like various churches consider whether and how to react to climate change, we must take into account these multifaceted challenges and concerns. There do not seem to be any easy answers, but no matter what we do, we can’t avoid the responsibility of thinking and acting as faithful Christians. That much is certain. 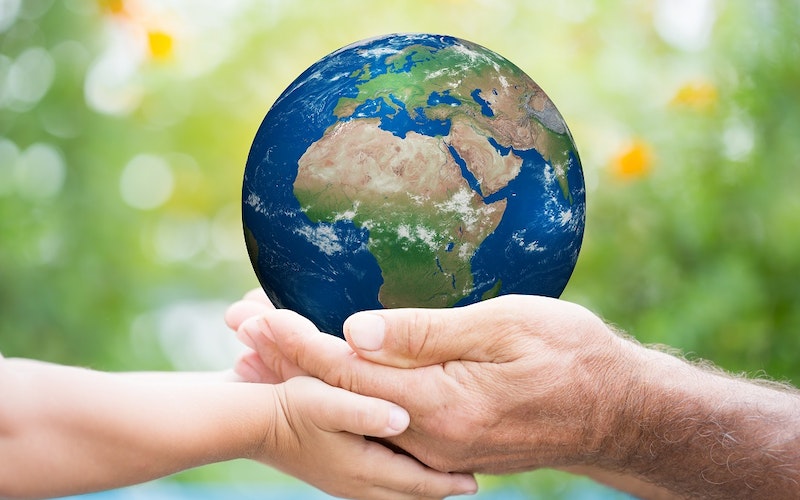 Earth Day won't save us

The injustice of global warming