Lale Labuko, a National Geographic Emerging Explorer, was born about 30 years ago into the Kara tribe in the Omo valley of Ethiopia. It is, to this day, a world of straw huts, ritualistic dance and rain gods, yet Labuko is living a life that evokes what was accomplished on the cross of Christ.

When he was about 15, Labuko observed a group of tribal elders tear a 2-year-old boy from his sobbing mother and run away toward the river. That night, Labuko's mother shared with him the dark rituals of their tribe, in which children are declared cursed or mingi. There are three ways children can be deemed mingi: if their top teeth grow in before the bottom ones; if they are born outside of wedlock; if they born without three blessings from the tribal elders. Whatever the cause, the result of being declared mingi is death. Some infants or toddlers are left in the bush to die from wild animals or starvation. Others are thrown from a cliff into a river. It’s believed that permitting a mingi child to live would result in sickness and drought for the whole tribe.

At the encouragement of missionaries and with the permission of his father, Labuko was given a formal education that enabled him to see beyond his tribal worldview. Once Labuko completed his education, he met with the elders of the Kara tribe and praised the rich culture they maintained. But he begged them to stop the mingi killings. The elders reminded him of the consequences of letting these children live. In response, Labuko said, "Could you give me a child? Maybe the curse will follow me."

Labuko has rescued 37 children and convinced tribal elders to stop the mingi killings. He is now working to convince other Omo valley tribes.

We look to these children to answer the question: what is the appropriate response of the redeemed?

Mingi killings show with heart-breaking clarity the brokenness of our fallen world. But Labuko's actions - his willingness to risk and then dedicate his life to restoring justice for these mingi children - show with equal clarity the redemptive work being done between now and the new creation.

What must it be like to be one of Labuko's 37 children? Eventually, they will grow to know that they were destined for death, but that they were saved from death – redeemed - by the man they call Father. The children will learn that while they did nothing to deserve it, he chose to love them. Labuko houses them, feeds them, sends them to school and teaches them to use modern technology. How will they respond to the blessings Labuko has given them?

This is striking, of course, because we were destined for death. In Romans we are reminded that "all have sinned and fallen short," that "the wages of sin is death" and that "while we were yet sinners, Christ died for us.” We look to these children to answer the question: what is the appropriate response of the redeemed?

One response Labuko reminds us of is to fight systematic injustice, even when embedded within the prevailing worldview. We are called to do so even when the costs might be great. May we have the courage to be coworkers with Christ redeeming a fallen world for the sake of the one who said for us, "let the curse fall on me." 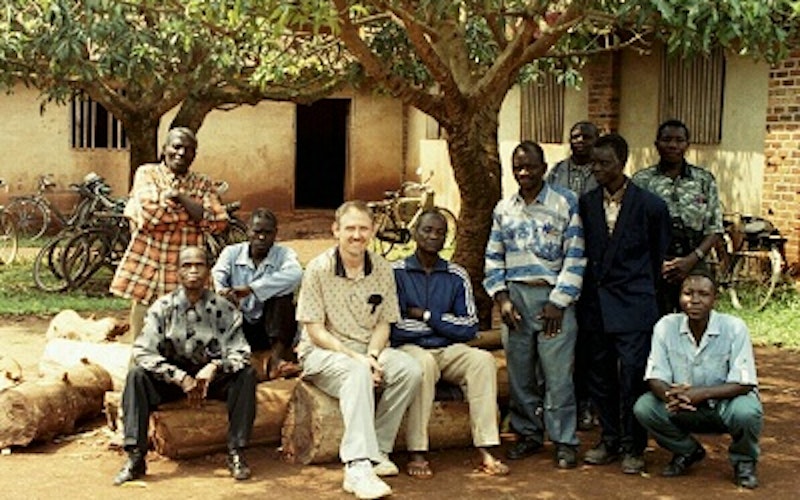 A way to deal with witchcraft