It's understandable that some have scoffed at victims' families expressing forgiveness toward Dylann Storm Roof. This is the scandal of the Christian faith.

During his initial hearing this past Friday, accused murderer Dylann Storm Roof heard words of forgiveness from relatives of those who were killed last week at in Charleston, S.C. Some of the members of Emanuel African Methodist Episcopal Church, the site of the shooting, even encouraged him to repent, praying that God would have mercy on him.

The reaction, as represented on Twitter, has been a mixture of awe, disbelief and rage. While some expressed admiration for such an act of faith, others admitted they would never be capable of such a gracious response. There were also voices of rejection, some cautioning against easy forgiveness and others speaking with vengeance and anger. One Twitter user, @DennisAdel, expressed a common refrain of the world when faced with Christian forgiveness in practice: “revenge is justice; forgiveness is not for sale, nor is the will to forget.....forgiveness is for the weak.”

We often forget who we were when we were forgiven. God even called us His enemies, yet He chose to offer us forgiveness anyway. This is why we love others. Not out of duty, compulsion or merit. We love the undeserving because we are loved and undeserving. There is no love in unforgiveness, so we forgive as much as we have been forgiven. But if we withhold forgiveness, not only will forgiveness be withheld from us, we've deceived ourselves into believing that we love God.

As senseless as it sounds, there is justice in forgiveness - it’s just not imparted by us.

True love, forgiving love, should be the defining characteristic of Christians. And when we show that love, we will be greeted with the sort of dumfounded anger that met the forgiving families in Charleston. As John told us: “Do not be surprised, my brothers and sisters, if the world hates you. We know that we have passed from death to life, because we love each other. Anyone who does not love remains in death.”

God didn't call us to lives of victory but to lives of suffering. We'd be foolish to think that our crosses are so dissimilar from Christ's or that He would never expect us to repeatedly forgive those we know will hurt us again (as He does with us every day). As senseless as it sounds, there is justice in forgiveness - it’s just not imparted by us. Forgiveness isn't ignoring a transgression, but acknowledging that it is not ours to repay. If a house is struck, it is not the house that will retaliate but the one who built it. So God metes out His justice when He sees fit.

This doesn't make us defenseless victims. Rather, we have been given the most powerful force in the universe - the only power known to change the eternal destiny of a human being. Love and forgiveness tear down walls and dissolve pretenses. Those who meet forgiveness are either broken into life or enraged into death.

Alex Bersin is a producer for Moody Radio. A longer version of this post appeared on his blog, The Christian Skeptic. 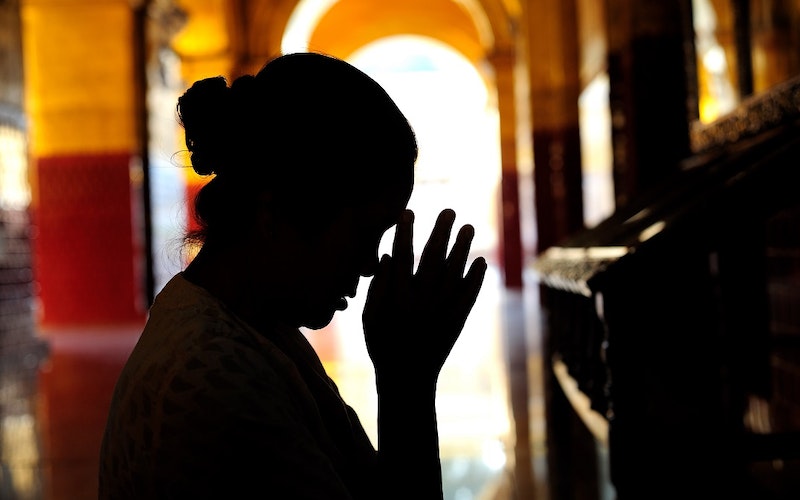