Christians ought to be cautious about egg freezing because it reduces bodies to mere matter to be manipulated in whatever way we see fit.

Apple and Facebook recently made headlines with their decision to cover the medical costs for female employees who want to freeze their eggs. Many fertility clinics now advertise this as a procedure one might choose in order to “pursue educational, career or other personal goals.” These headlines were a fresh reminder that Protestant Christians often ignore the ethical implications of reproductive technology. We focus on the abortion debate, and that’s about it.

Christians ought to be cautious about reproductive technology that assumes a reductionist view of the human person. Reproductive technology does this when it reduces bodies to mere matter to be manipulated in whatever way we see fit. But for Christians, we humans are not two things - raw matter and immaterial soul - but a single, body-soul unity. Thus, sperm and eggs are the specific part of a human person that has the potential to become another human person. If we see them simply as biological machinery, we deceive ourselves and miss the personhood of the parents and the potential child.

Arguably, it is precisely this kind of reductionism that also fails to treat female patients as full persons. Studies show that the process of freezing eggs fails more often than it works, a fact that may often lead to depression and even post-traumatic stress disorder for those undergoing in vitro fertilization (IVF, the procedure utilized once the eggs are unfrozen). The close connection between our bodies and our mental and spiritual health only further emphasizes the holistic view of the human person. And it’s not only Christians who recognize that the whole person is involved in creating new life. Movies like The Switchand Delivery Manunderscore the basic intuition that these technologies produce a person, not just a body, and that parents are themselves persons whose connection with their children is more than just mere biology.

For Christians, humans are not two things - raw matter and immaterial soul - but a single, body-soul unity.

Just as reductionism splits body and soul, so we must beware of an individualism that divorces mothers (and fathers) from the broader social fabric that they sustain, in part by having children. Here, I think Christians should echo Josephine Johnston and Miriam Zoll, who ask exactly the right question: why do women who want to have children fear that they will not be able to do so in their safest and most fertile years? That is not merely a question about individual choice, but about our social values and laws.

One culprit I think Christians should highlight is the United States’ dismal laws surrounding maternity leave. A woman who bears a child contributes in a unique way to the common good. As a society, we ought to recognize and honor - legally, socially, economically - the great good provided by mothers who bear children. The lack of substantial maternity leave seems to confuse equality with sameness and uniformity (but men don’t get maternity leave!), whereas a proper Christian perspective would recognize that true equality is always properly diverse, taking into account the real differences between men and women, not least of which is the joy and burden of bearing children.

Our culture thus heaps reductionism upon reductionism, trying to solve the divorce of the individual mother from society by divorcing her body and soul in order to produce one more isolated individual. In this instance, however, mothers (and the Apostle Paul) really do know best, for they can helpfully bring us back to reality by reminding us that we do not begin in isolation, but have life only because we were first dependent on another person. To think otherwise is to be blind to the most basic facts of life.

Branson Parler is Associate Professor of Theological Studies at Kuyper College and author of Things Hold Together: John Howard Yoder's Trinitarian Theology of Culture. You can visit his website at www.bransonparler.com. / Test tube image via Shutterstock, with illustration by Jerod Clark. 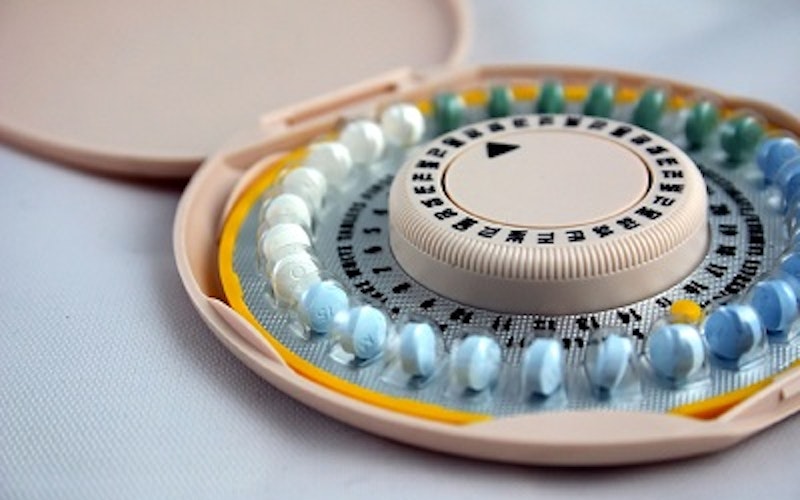 Why contraception matters, even for Protestants