Turn into almost any suburban street after dark and streetlights cast globs of light every 250 feet or so. Now imagine the streetlights gone, but in their place light emanates from every tree on the block. Not twinkling Christmas lights or mere specks of radiance, but trees that literally glow - every leaf and twig emitting a soft, effusive glow.

That image came to mind while reading a recent article in the New York Times describing a project tinkering with the genetics of a tree to make it emit light. It’s a biotech novelty on a somewhat grander scale than aquarium fish that glow under black lighting.

Let’s admit the potential practicality: glowing trees could actually reduce energy costs. Yet there may be downsides to the plan. You can’t turn trees off. Point sources can be controlled in ways that diffuse sources can’t (your neighborhood astronomer will appreciate this). And would they engineer a variety of species? The city I live in recently lost over 10,000 ash trees to the emerald ash borer, transforming the town into something less than its name implies (Ann Arbor). The last thing we need is a monoculture of glowing trees in our cities.

But these issues are minor compared to one that really caught my attention: the project's participants. As the Times article notes, “[r]ather than the work of a corporation or an academic laboratory, it will be done by a small group of hobbyist scientists in one of the growing number of communal laboratories springing up around the nation as biotechnology becomes cheap enough to give rise to a do-it-yourself movement.”

Count me among those who are less than thrilled - no, downright chilled would be a better description - at this grassrooting of the bio-tech movement. Really, hobbyists conjuring up variations on species? This is a really bad idea. Genes are uncontrollable once they’re “out there.” Benign oddities like glowing trees are little different in the making from toxic or malevolent organisms like poisonous broccoli or an airborne Ebola virus.

The fact is we rely significantly on the divine wisdom found in species barriers. As Christians we believe that God crafted the creatures of this creation; Psalm 104 says, “in wisdom you made them all.” Respecting the divine wisdom in species genetics doesn’t mean foregoing all genetic technologies. It does mean treading oh-so-carefully and recognizing that genetic tinkering sends ripple effects through the created order. There has to be a deep sense of humility rather than a “that’s cool - look what we can do” mentality.

Consider this. A person allergic to nut proteins stays away from nuts, but doesn’t have to worry about other foods as long as they don’t contain nuts. Same with seafood allergies - stay away from shellfish and seafood. But with transgenesis - the term for transferring genes across species lines - that confidence in species separation is shattered.

In 2009, the U.S. Food and Drug Administration approved its first drug made from a pharm animal - a blood thinner called ATryn produced in the milk of a genetically-modified goat. In approving the application, the FDA assured the public that it is “confident” that no meat or milk products from genetically modified goats will enter the food supply. How can they give that assurance when, to all external appearances, a GM goat is identical to a normal goat?

The fact is, the U.S. has a notoriously bad (and oftentimes non-existent) system for reviewing genetic modification proposals. Three agencies - the FDA, the Environmental Protection Agency and the U.S. Department of Agriculture - each have partial responsibilities, but if you map those responsibilities out you’ll see there are huge cracks into which crackpot projects can fall. Unlike Europe, where a single agency reviews all genetic modification proposals, in the U.S. the FDA covers animals for drugs, the EPA covers herbicides and pesticides and the USDA covers plant pests. When asked to review the project to produce a glowing tree, the USDA declined since they did not deem it a pest.

A glowing tree is whimsical and, in the right setting, it might even be beautiful. But what it portends is not. And without due regard for the dark dangers of the human heart, grassroots biotech should not be for the masses.

Dr. Rolf Bouma is the Pastor for Academic Ministries at the Campus Chapel and directs the Center for Faith & Scholarship, a Christian study center, at the University of Michigan. He also teaches environmental ethics and environmental values/public policy as part of the University of Michigan’s Program in the Environment. / Photo of a tree strung with illuminated garland via iStockphoto. 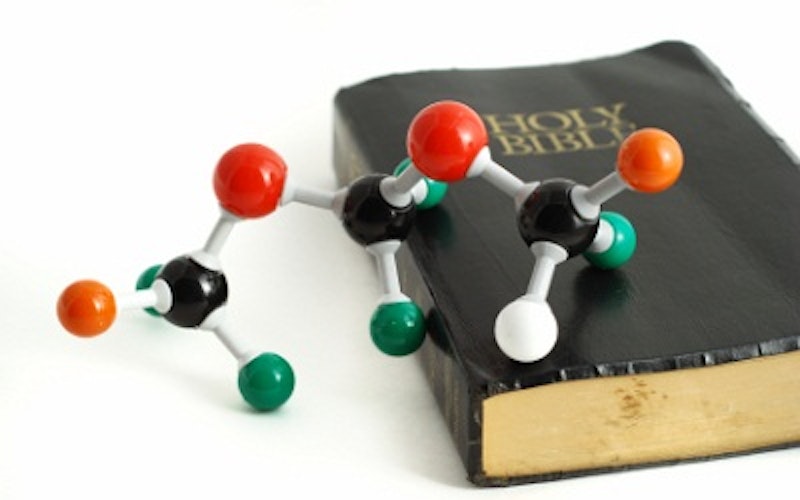