In these pre-convention days of the American presidential campaign, before the sound and the fury becomes deafening, there is time to read and reflect - in my case, on N.T. Wright’s How God Became King: The Forgotten Story of the Gospels. Wright’s book offers a timely reorientation of our political reflections and our citizen responsibilities this election season.

Two villains are responsible for gutting the Gospel of its real meaning. First, there is the Enlightenment story of progress that does not welcome competition and insists on a rigid separation of religion from politics. Abetting its dominant perspective is Evangelicalism’s Achilles heel - the Good News reduced to a recipe for salvation from sin so that we can get to heaven when we die. Lost is the ultimate resolution to the problem of evil. Instead, the Christian eschaton, Wright declares, has been reduced to a way of being “spiritual.”

Under the Enlightenment thrall, politics is awash in denunciations framed in the rhetoric of good and evil. Christians easily forget, however, that the rulers of this world, whatever their affiliation, “lord it over their subjects. The high and mighty boss the rest around. But that’s not how it’s going to be with you” (Matthew 20:25-26a, Wright’s translation).

Just how do we take up our crosses in a presidential election? Is it about whom we choose or how we choose?

Real power has different properties, the Gospel writers insist. “To be great, become a servant; to be first, become slave to all; the son of man didn’t come to be waited on. He came to be the servant, to give his life ‘as a ransom for many’” (Matthew 20:26-27, Wright’s translation).

If voting in the presidential elections seems to resemble rearranging the deck chairs on some Enlightenment Titanic, should Christians withdraw and simply keep their own house in order? Certainly not, says Wright. He offers two reasons. First, “(t)he world works best when ruled by wise stewards, human beings who are humble before God and hence effective in bringing fruitful order to His world.”

But he does not leave it there: “The early Christians understood their vocation as Jesus’ followers to include, as a central and load-bearing element, their own suffering, misunderstanding and likely death.” Suffering does not just accompany divine purpose, but it is part of accomplishing that purpose.

What might these insights have to say to us as we steel ourselves for the post-Labor Day campaign onslaught?

Whether President Barack Obama and Mitt Romney know it or not, they are contending for the job of steward. I like that reminder as a tool to analyze every attack ad issued in a candidate’s name. I like it, too, for the way it reminds me of the stewardly task of government itself.

What I find infinitely more challenging is to place voting and other citizen responsibilities alongside the unmistakable invitation to embrace suffering as that “central and load-bearing element” in a Christian’s vocation. Just how do we take up our crosses in a presidential election? Is it about whom we choose or how we choose?

Suffering, Wright insists, sets the terms of the Christian response to Caesar: “Our ‘big story’ is not a power story … it is a love story.” Such an insight presses especially hard on the way we make choices at the ballot box, where money and machinations testify to the interests and outcomes believed to be at stake. It presses hard because some of those interests are our interests and deserve our fighting for them.

Some may take the Gospel story as a recommendation not to conduct our affairs in Caesar’s currency. Yet, if I read Bishop Wright correctly, he urges us instead to take the Gospel into the political arena as we choose between candidates or seek just policies - to prevent the corruption of the love story by the power story. Love belongs in politics, and politics is under the King’s judgment.

Timothy Sherratt is a professor of political science at Gordon College in Wenham, Mass. This piece originally published by the Center for Public Justice. / Photo courtesy of iStockphoto. 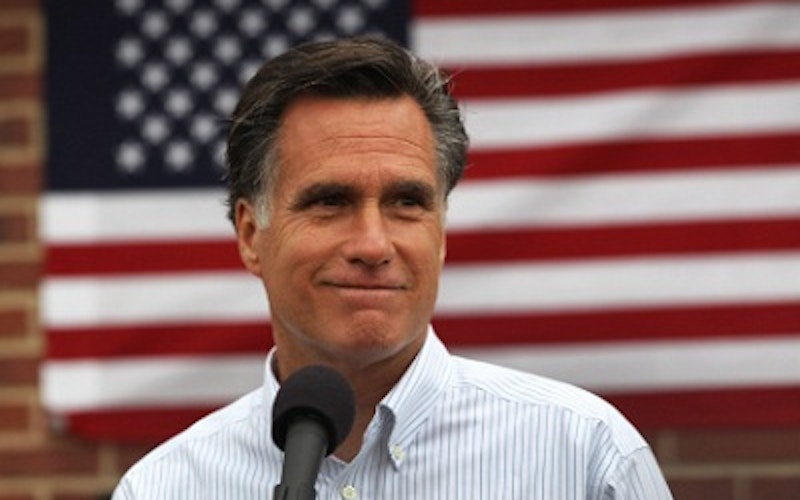 Putting Mitt Romney to the test