It’s not often that I read an obituary of a celebrity and remember the exact last time I thought of that person. Especially when that time was nearly 20 years ago. But as I read of the passing of Helen Gurley Brown, the long-time editor of Cosmopolitan magazine and author of the ground-breaking Sex and the Single Girl, my memory of the last time I thought of Brown came quickly and clearly.

I was sitting in an elegant office in Chicago’s Loop. A few months out of college and still without a job, my dad had set up this “informational interview” with his recruiter friend. As we talked about what I wanted to do, about my experience in copywriting, about my wondering if that’s really where I belonged, the recruiter mentioned a job he just heard about: one in magazines. Entry-level editorial. As I smiled at the idea of me editing a magazine, I thought, I could be just like Helen Gurley Brown!

Of course, even when I landed that entry-level editorial job and then through my years rising through the ranks at various magazines, I never was much like Brown. But still, as I read through Brown’s obituary - read about her achievements, her life, her marriage, her moxie, about the things I cheered her on for and the things that made me cringe - I couldn’t deny that this woman had been an important influence in my life and that a goal of “being like” her wasn’t all that bad.

Though, of course, not everyone would agree. Not everyone would agree that spending my teen years taking Cosmo quizzes and reading through the magazine she helmed was time well spent. And certainly, even as a teenager, I knew Brown (and the magazine she edited) was far from perfect. The Christian in me recognized the “looseness,” for instance, of Brown’s approach to sex, while the feminist recoiled at her “anything to catch-and-please a man” attitude (actually, the Christian in me recoiled at this too).

It can be a tricky thing for Christians to admit that some of our role models are less than Jesus-y folks.

Even so, after reading her obituary, I couldn’t help but thank God for her, for using Brown - along with Vogue’s Anna Wintour – to put “magazine editing” into my stable of career possibilities back when I was 15 or so and the idea of being a writer seemed so elusive. Brown was a powerful and sharp woman who used her creative gifts to change the world. And I loved that. I wanted to be that. I still do.

It can be a tricky thing, though, for Christians to admit that some of our role models, some of the people we believe God Himself may have brought into our lives - or at least into focus in our lives - are less than Jesus-y folks. And it can be tricky to know what to do with this.

Two Sundays ago, our pastor encouraged departing college students to find role models that met two criteria: that they shared their interests or passions and that they followed Jesus. Good advice - but advice that can difficult to abide by. And maybe for good reason.

While my pastor’s words were meant for actual in-person, having-coffee-with types of role models and not the never-met, star-struck variety, if we only look to Christians to learn from, if we only look to those with whom we agree with on all - or at least most - things, we miss out on so much. After all, we’re all made in the image of God and we all have something good to offer this world, something worth teaching and worth learning.

Caryn Rivadeneira is a founding member of Redbud Writers Guild and the author of “Grumble Hallelujah: Learning to Love Your Life Even When It Lets You Down” and “Mama’s Got a Fake I.D.: How to Reveal the Real You Behind All That Mom.”/ Photo of Helen Gurley Brown courtesy of the U.S. Library of Congress. 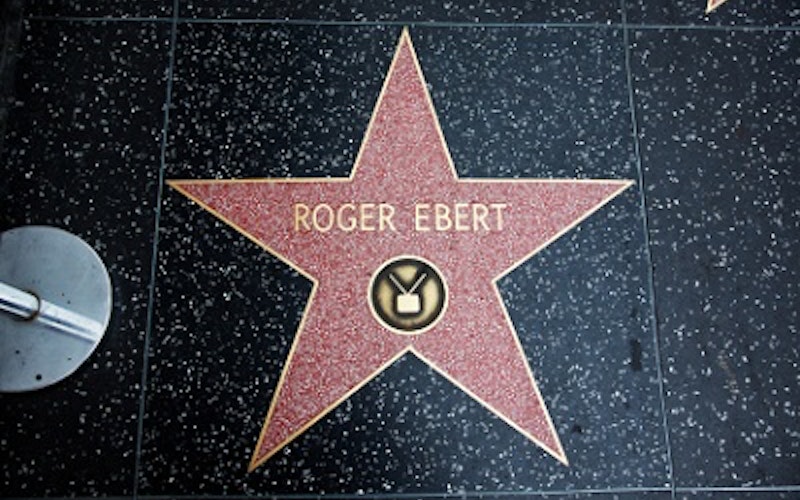