For Christians, Clinton's choice to wear purple during her concession speech has liturgical implications.

Hillary Clinton’s concession speech was a breath of fresh air in an otherwise depressing election. Though I didn’t vote for her and don't support her policy positions, I deeply respect the poise and dignity with which she accepted the narrow outcome of a fierce and frequently uncivil contest. After months of vicious mudslinging, her disarming humility helped me believe that perhaps at the end of the day we're all still on the same side. And that's a beautiful thing.

Clinton's symbolic choice of wearing purple for the occasion has been widely discussed. Undoubtedly there were multiple messages she intended to communicate by wearing it. Because purple is the color of constancy and dedication in the suffragette movement, it may have been a subtle call for perseverance in the quest to shatter what she called “that highest and hardest glass ceiling.” Purple is also the color of bipartisanship (being equal parts red and blue). As such, it discloses Clinton's awareness of a nation more divided than many of her followers realized in the days leading up to the election, and it communicates a willingness to set differences aside and work toward common goals. Indeed, in her address Clinton expressed patriotic solidarity, perhaps not with Donald Trump the man, but certainly with America the nation—even under a Trump administration. And that took guts. It's a message we all need to hear, regardless of whom we voted for, because the world probably won't end on inauguration day.

There was also a distinct liturgical undertone to Clinton's attire—as though the lifelong Methodist was presiding over a service of mourning. It was a poignant choice for the candidate who would make history as the first to use the words “I'm sorry” in a concession speech, and who would quote scripture to encourage her followers to stay their course in spite of the pain. Clinton may live out her faith differently than I do, but I choose to rise above the temptation to gloat and to instead pray for a grieving sister in Christ.

It seems peculiarly appropriate that election cycles end just before Advent begins, and that presidential transitions occur during the most eschatological season of the church year. Now is a time when many Christian traditions use purple to denote mourning, penitence, and hope. Regardless of whether our political vision has triumphed or has been deferred for another season, we take comfort in our secure knowledge that the King of Kings remains sovereign, and that his benevolent will is never thwarted by political outcomes. This year, I hope that the purple of our Advent candles will remind us—perhaps more urgently than ever before—that our hopes and dreams are tethered to a kingdom that is not of this world.

The election is over. Some in our congregations are feeling deeply remorseful. Others are fervently hopeful about longed-for changes in 2017. For both, Advent is a time for remembering that ours is a world that still walks in darkness. Yet it is upon this world that God's light has shone. Let's treat one another in ways that honor the Prince of Peace, so that we can be found ready at his coming. 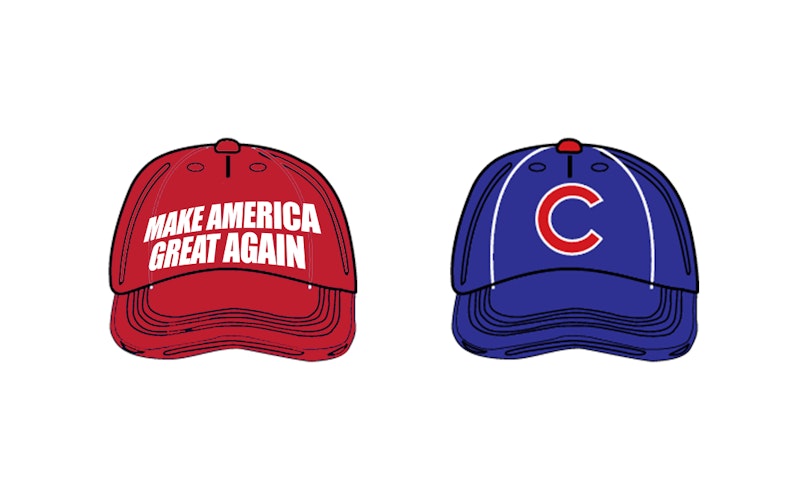 Post-election Anxiety? Fear Not, and Remember the Cubs

A Christian Vote for Hillary Clinton in 2016