A 2013 Barna study about the moviegoing habits of Christians revealed new details about the way believers interact with Hollywood.

Barna Group recently released an intriguing study on the 2013 moviegoing habits of Americans in general and Christians in particular. While some of the findings weren’t surprising (we love our sequels), others revealed new details about the way believers interact with Hollywood.

According to Barna’s report, on average Americans saw 3.3 movies in the theater in 2013. Younger Americans were more likely to attend a movie than older folks, as were those with a higher income and education. Catholics and evangelicals reported seeing fewer movies than the average American.

Looking specifically at the ways Christians related to movies in the past two years, here is what Barna researchers found:

Practicing Protestants (those who have attended church in the last month and who agree their faith is important to them) are most likely to say a movie has affected their thinking on serious issues. More than one in five say they've seen a movie in the last two years that has made them think seriously about their religion or spirituality (22%). And an additional one in 10 say such a movie has caused them to change something they believed about Christianity (9%). Evangelicals, while more likely than the average adult to say a movie has made them think seriously about religion or spirituality (17% of evangelicals compared to 11% of Americans overall) are much less likely to say that such a movie has changed their beliefs about Christianity (less than 1% of evangelicals compared to 3% of all Americans). Americans professing a faith other than Christianity are also more likely than average to think more seriously about religion or spirituality (18%) as a result of watching a movie.

What are we to make of all this? Do these findings reflect your personal experiences with going to the movies? Is the way the average evangelical responds to movies – being far less likely to allow a film to change their belief about Christianity - a sign of conviction or close-mindedness? We’d love to get your thoughts in the comments below. 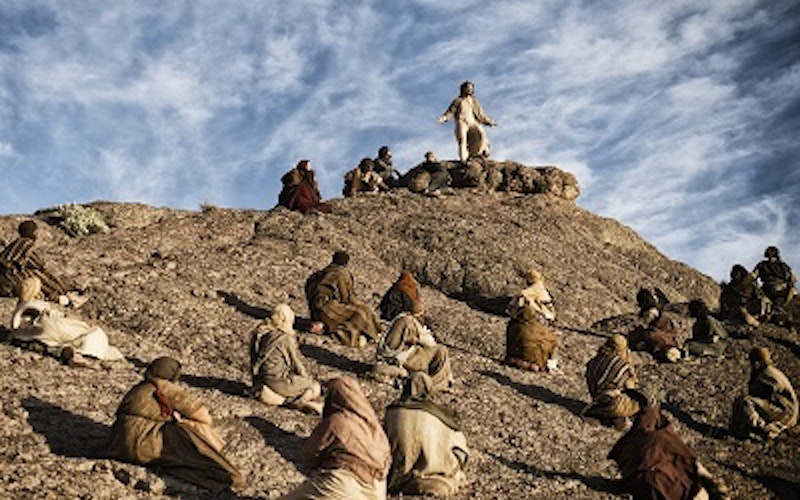 Son of God: heavy on atmosphere, light on sacrifice