On one side wait tens of thousands of Russian orphans. I’ve met many of them - big eyes and wounded hearts, with names like Sergei, Sasha and Svetlana. On the other stand myriad American families, willing to welcome these children as their own. I’ve met many of the families, too - imperfect, of course, yet with ample affection and bedroom space for at least one more young life.

Inter-country adoption, the slender bridge between the two groups, was blown early this year by the Russian government. As part of a diplomatic tit-for-tat, Russian politicians banned adoption of Russian orphans to the United States. Indignation is justified, but won’t provide children what they most need. Rather, Americans who care about these orphans have good reason to embrace two seemingly opposite strategies at once.

On the one hand, we must work humbly to restore the delicate bridge of inter-country adoption - not only with Russia, but in many other countries as well. Just as diligently, we must encourage and support churches across Russia and the world in cultivating a culture of adoption.

Both of these priorities spring from a simple reality: children need families. Studies consistently show that the longer a child lives outside of family care, the deeper and more lasting the negative impact upon physical, mental and emotional health. Even imperfect families give protection, nurture and love that governments just can’t provide. That’s why children who age out of orphanages in Russia without being adopted face a dismal future, with one in every three becoming homeless and as many as one in 10 committing suicide.

The nurture and affection children experience within a healthy family and their vulnerability outside of one remind us why adoption is so profoundly important. Keeping children from caring families is a gross injustice, even when some of those families reside across an ocean.

If there is to be a true answer to the global orphan crisis, it must be rooted in the local church.

Further direct appeals to Russian leaders from the U.S. are unlikely to alter the ban in the short run. This likely would only convince Russian nationalists they succeeded in their primary objective: to poke their one-time Cold War rival in the eye. But subtle overtures to Russian leaders that allow them to preserve their bravado still could make a difference, particularly in the long run. There also may be opportunity in time to serve alongside the Russian government to create “Permanency Centers” that aggressively seek families for orphans that need them - emphasizing family reunification and local adoption first and inter-country adoption when local families aren’t readily available. Such an approach could make a profound difference not only in Russia, but also in many other nations that have high numbers of orphans.

At the same time, we should always keep in mind that inter-country adoption can provide a solution for only a small portion of the world’s orphans. If there is to be a true answer to the global orphan crisis, it must be rooted in the local church.

Admittedly, this requires a profound cultural shift in many countries. Care for orphaned relatives is expected in many parts of the world, but to offer the full embrace of adoption to non-relatives is rare. Often, it is shunned. This is one reason there were less than 7,500 adoptions by Russian families in 2011. In contrast, Americans adopted more than 75,000 unrelated American children in 2007, the most recent data available.

But it wasn’t that long ago that “adoption” was a whispered word in America, too. Today, adoption is celebrated publicly as a reflection of God’s love in many church communities across the U.S. With Christians, this vision need not be a hard sell. Adoption is a mirroring of our story, the Gospel. This is how we have been loved and an essential way that we are called to reflect God’s character.

From Kenya to Ukraine, Christians are rising with an eagerness to see churches in their own country embrace this vision. In Russia, too, such efforts have begun to stir (see CAFO’s Global Movements Initiative.) The road will be long and winding, but Americans are laboring alongside local leaders toward a day in which the local church in every nation stands as the primary answer to the orphans in its midst.

In every such endeavor, the objective is always the same: a permanent, caring family. This means helping preserve struggling families and reuniting them when they’ve been severed. When that is not possible, the goal is to create new families through adoption - wherever that family may be found.

In all this we reflect the heart of God who is a “father to the fatherless…He sets the lonely in families.”

Jedd Medefind serves as President of the Christian Alliance for Orphans and formerly led the White House Office of Faith-Based and Community Initiatives. His most recent book is Upended. A longer version of this piece appeared on Capital Commentary. / Photo via iStockphoto.

The Price of Adoption 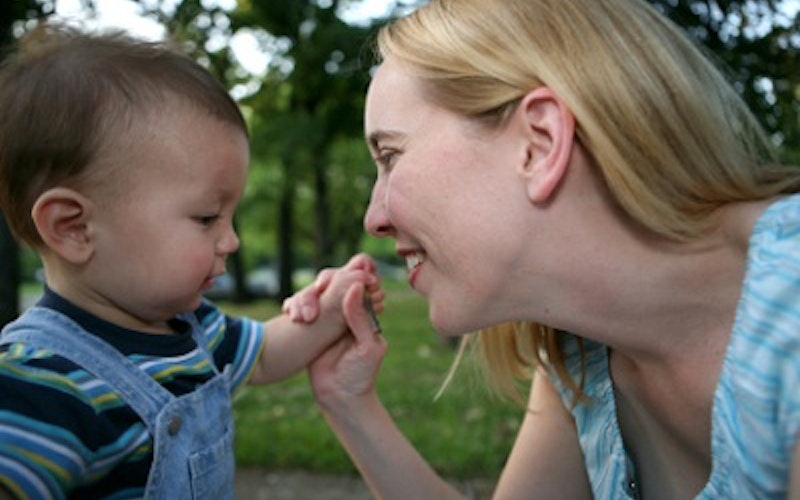 How churches and states are cooperating on adoption