Is Jesus white? Fox News host Megyn Kelly apparently thinks so. In a recent segment, Kelly was discussing Aisha Harris’ Slate article “Why Santa Should Not Be a White Man Anymore.” Criticizing Harris and trying to buttress her own “he-is-what-he-is” argument, Kelly made the same point about Jesus: “You know … Jesus was a white man, too. He was a historical figure; that’s a verifiable fact.”

Kelly’s statement is problematic on a number of levels. On a basic historical level, she seems to be unaware that Jesus was not in fact white. Unfortunately, Kelly’s ignorance is probably more widespread than we’d like to admit.

This historical ignorance is underwritten by the continued depiction of Jesus as white. I know Jesus isn’t white, but every Sunday I’m faced with a huge image of a white, stained-glass Jesus at the front of my church. Now, if you were to ask most people in my church whether Jesus was a Dutch-looking white guy, most would say no. (I hope!) But the image of white Jesus remains. And as Charles Taylor points out, humans don’t inhabit the world in theoretical terms, but in a way that is mediated through images, stories and legends. So no matter how much I say, “Jesus isn’t white,” I can’t help but be shaped by the white Jesus I see every Sunday. That picture is worth a thousand words. The image of white Jesus has fully saturated our imagination. Cognitively, we know He wasn’t white, but we can’t really imagine Him otherwise.

White Jesus is an obstacle for those of us who are white. In this safe, comfortable and familiar form, He cannot really be Immanuel.

White Jesus is an obstacle for those of us who are white. In this safe, comfortable and familiar form, He cannot really be Immanuel. Jesus is indeed “God with us” and He meets us where we are, which is probably why He is often represented in the skin color of different cultures across the globe. But when Jesus came as Immanuel, He came as a stranger. There was no room for Him in the inn; He was forced to flee with His family as a refugee. When He spoke in His hometown synagogue, the people didn’t see Him as familiar and comforting, as “God with us;” they wanted to kill Him. He rode into Jerusalem and the crowds expected Him to overthrow Rome; He instead predicted the judgment of Jerusalem and the temple. Jesus comes as “God with us,” but in a way that is foreign, strange and unfamiliar to our distorted hopes and expectations.

It’s no surprise, then, that white Jesus often turns out also to be American Jesus. English-speaking Jesus. Upper-middle-class Jesus. In other words, a safe Jesus. A tame Jesus. A Jesus made in my image. And a Jesus made in my image will not really be “God with us.” Only when we allow Jesus to be a stranger will we truly understand what it means to be part of God’s family. Only when we give up Jesus in our own image will we truly be conformed to His.

Branson Parler is Associate Professor of Theological Studies at Kuyper College and author of Things Hold Together: John Howard Yoder's Trinitarian Theology of Culture. You can visit his website at www.bransonparler.com. / Image via iStockphoto. 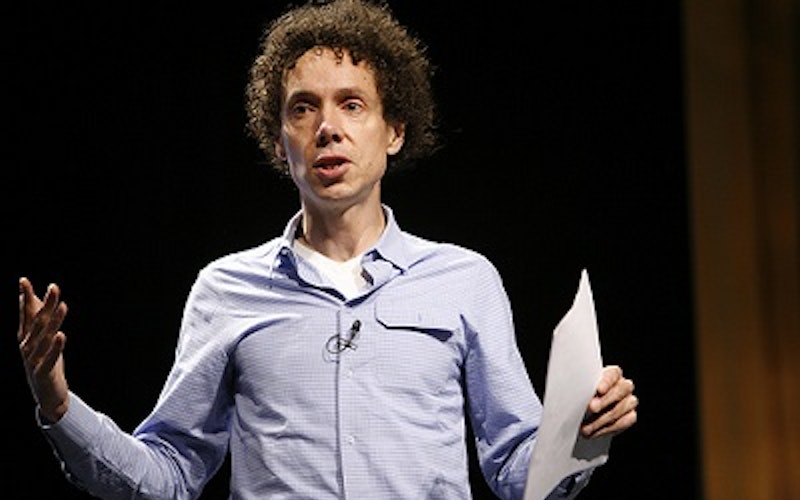 Malcolm Gladwell on Jesus, underdogs and his own evolving faith