What does manufacturing have to do with spiritual growth? More than you might think. In an excellent article in The Atlantic, Charles Fishman writes of an “insourcing boom” in American manufacturing - U.S. companies bringing back the making of products they had been outsourcing abroad. I’d argue this boom has a spiritual dimension as well.

One observation that stands out in Fishman’s article is the admission by GE’s head of design, Lou Lenzi, that engineering and marketing are not the entirety of product design, that knowing how the product is made matters, and the only way to get that knowledge is to actually make it.

“There is an inherent understanding that moves out when you move the manufacturing out,” Lenzi said. “And you never get it back.”

That inherent understanding is what philosopher and scientist Michael Polanyi called “tacit knowledge,” the idea that we know more than we can say about a topic, and that some of that knowledge is not only not translatable into language, it exists only in the physical realm, like the heft of a good hammer in your hand.

What does manufacturing have to do with spiritual growth? More than you might think.

This idea of embodied knowledge, recently rediscovered by GE, is also being rediscovered by Christians, thanks to the work of Polanyi and Christian authors like Richard Foster and Dallas Willard. Christianity is recovering from a 200-year Enlightenment hangover, and thinkers like Foster and Willard are leading us out of it with a simple yet profound insight: we are spiritual beings, but we inhabit physical bodies, and these bodies can help or hinder our faith in profound ways.

This is a step forward from an overly simplistic understanding of Paul’s frequent contrasts between flesh and spirit. Through Enlightenment lenses, we viewed that tension as a desire to escape the physical and retreat to a Platonic, purely spiritual realm. We were offshoring our faith, trying to hold onto the intellectual property while outsourcing the physical production of disciples. And we have learned, slowly, that this approach doesn’t work, for the same reasons it didn’t work for GE.

What Foster and Willard (and others) have helped us to realize is that our bodies can cooperate in our spiritual development, or be a hindrance to it. Renewed interest in spiritual disciplines like fasting, daily prayer and service has helped reconnect our bodies to our beliefs in the same way that insourcing has helped GE reconnect manufacturing knowhow with its design and marketing expertise.

It turns out that rather than just being a mass of unbridled appetites, our bodies can be tools of grace when given appropriate care and discipline. Not only can we use them to serve others (and not just by writing checks), but by subjecting ourselves to training, we can build spiritual as well as physical muscle.

The renewed interest in spiritual disciplines has the potential to revitalize American Christianity in the same way that insourcing has the potential to revitalize American manufacturing. Turns out we’re not disembodied spirits after all, but embodied believers who have hands and feet in addition to hearts and minds to bring to the manger. We’d all be well advised to learn the lesson that GE learned the hard way: you can hire a housekeeper, a gardener and a nanny, but you can’t outsource the physical work of living for God. 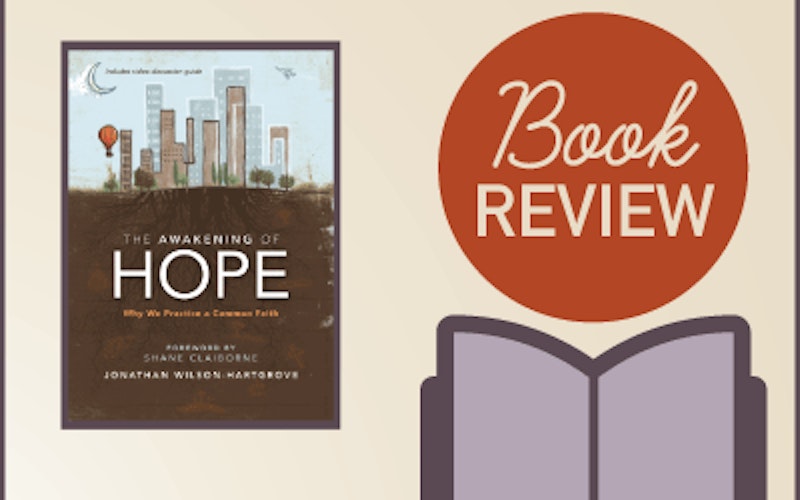 The countercultural challenge in Awakening of Hope