Not including women known primarily as partner to their better-known husbands. And just to make it interesting, let’s say they have to be under age 60.

Back in 2005, when Time magazine published its list of the “25 Most Influential Evangelicals,” only four women made the cut - and just two without their husbands. Of the two solo women, Diane Knippers and Joyce Meyer, only Meyer is involved in actual church leadership.

But Meyer turned 68 earlier this month and Knippers (then president of the Institute on Religion and Democracy) died of cancer shortly after the Time designation.

From the outside, the evangelical Christian world, insomuch as it is identified by its “celebrities,” looks like Jesus’ good ol’ boys club: decidedly male and predominantly white.

Since she began her writing career in 2001, Margaret Feinberg, 37, has written more than two dozen books, including the critically acclaimed “The Organic God,” “The Sacred Echo” and “Scouting the Divine.” She is a sought-after speaker for gatherings of young evangelicals including Catalyst, Thrive and Creation Festival.

In 2005, Charisma magazine listed her among the 30 Christian leaders under 40 who represent “the future of the American church.” She’s probably the most influential young woman leader in evangelicalism you’ve never heard of. 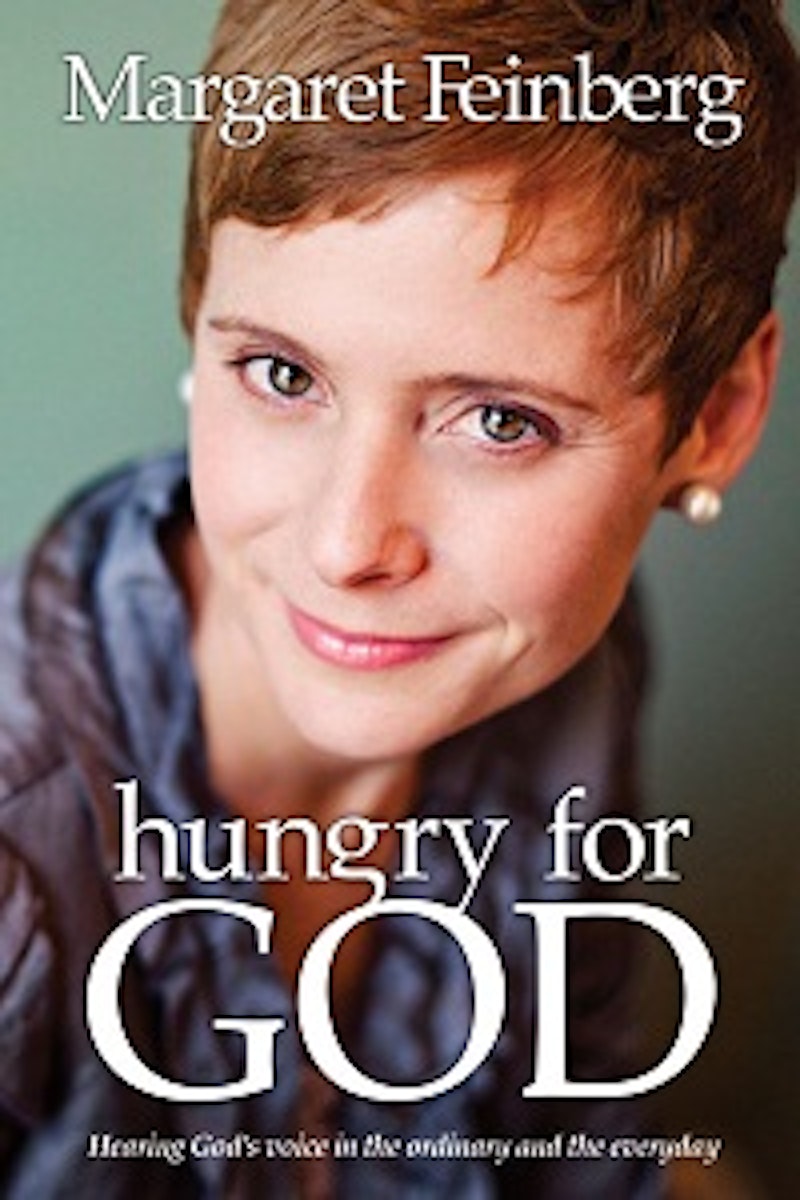 Feinberg’s newest book, “Hungry for God: Hearing God’s Voice in the Ordinary and the Everyday,” is a recasting of her 2001 spiritual memoir, “God Whispers: Learning to Hear His Voice.” The new book updates the memoir with about 70 percent brand-new material to reflect her spiritual growth over the last decade.

Feinberg and her husband, Leif Oines, spend most of the year crisscrossing the country, going from churches to colleges to conferences where Feinberg teaches spiritual lessons from the Bible and real life. She is an electrifying orator, sprightly pacing the stage with a Bible, her voice anchored by a confidence and wisdom well beyond her years. In short, sister can preach!

So why is it that at these events she is often one of the only women on the program? Is there a gender ghetto in evangelical Christianity?

Feinberg recently spoke at a large international Christian gathering - unusual, she said, because the organizers were deliberate about including diverse voices. There were people of color, women, young and old, “famous” and not. “It was such a blessing to be in that kind of a setting,” she said in a phone interview.

Alas, at a follow-up gathering, where the emphasis on diversity was not as deliberate, the event reverted to the status quo: mostly middle-aged white guys, she said.

While the traditional patriarchal slant of evangelicalism - including opposition to women’s leadership in general and women’s ordination in particular - is no longer en vogue, its vestiges, however unspoken, remain.

“I wonder why we’re even talking about this when there are so many needs around the world?” Feinberg said. “Now is not the time. When every starving person has food, when every homeless person has a place to live, when every well is dug, when AIDS has been eradicated in Africa, when all of our neighbors know Jesus, then we can sit and debate about titles and who should do what.”

Changing the gender and racial disparity in her spiritual community will not happen overnight, nor by strong-arming women and minorities into the Christian “stratosphere,” she said. “You can’t just take someone, no matter who it is, and throw them in front of a crowd of 40,000 people. Change has to start at the grassroots level, in all of our churches.”

Church leaders need to start young, she said, training boys and girls alike to identify their spiritual gifts and find their voices.

“Start with children’s church, then move to junior high and high school youth groups, then small groups, then give them 10 minutes to talk on a Sunday morning, then 20 minutes. The change has to come from the ground up.”

Cathleen Falsani is an award-winning religion columnist for Religion News Service and Sojourners Magazine and author of "The God Factor: Inside the Spiritual Lives of Public People" and the forthcoming "BELIEBER: Fame, Faith and the Heart of Justin Bieber." This article published via Religion News Service.