Self control works best when understood in a biblical context.

In Galatians, we’re told that a fruit of the Spirit is self-control. So what should we make of recent research that suggests self-control is overrated?

"There’s a strong assumption still that exerting self-control is beneficial,” Marina Milyavskaya, a psychologist at Carleton University, says in a Vox article reporting on the findings. “And we’re showing in the long term, it’s not.”

The Vox piece, however, is a bit misleading. Milyavskaya’s research, conducted with Michael Inzlicht, did show that a “grit your teeth and try real hard” approach to resisting temptation resulted in only short-term gains, if not failure. Yet other methods that could be considered self control were more effective, such as not putting yourself in the path of temptation (don’t go by the donut shop if you’re on a diet) or adding rewards to unpleasant tasks (run to the donut shop). In essence, the research suggests that in fighting temptation, the best defense is a good offense.

The most intriguing element of the Vox piece, for me, was its misunderstanding of the message of Scripture. The article opens by describing the story of the Fall as a failure of self-control. Eve sees the apple, wants the apple, eats the apple. But that’s not the story’s point at all. Genesis 3 isn’t a moral lesson about controlling your impulses; it’s about what happens when we stop believing God’s intentions toward us are good. Eve’s failing wasn’t a lack of self-control, but in allowing herself to believe the serpent’s lie, namely that “God is holding out on you. He doesn’t want you to be happy. There’s something more you need.”

This is still the lie behind every temptation we face. From lust to gluttony to greed to vanity, all temptations are ultimately a belief that we are lacking something other than God, and that if we could get it we’d be happy. This is what the research gets right: the solution to resisting temptation isn’t “trying harder;” it’s replacing the temptation with something true.

All temptations are ultimately a belief that we are lacking something other than God.

When we’re told in 2 Timothy that the Holy Spirit gives us power, love, and self-control, this doesn’t mean “go try real hard to be powerful, loving, and self-controlled.” We’re also told that we are free from fear, which is the fuel behind every temptation. Taking comfort in our father in heaven, we can allow that relationship to produce self-control in us.

Maybe, then, the Vox article is taking a biblical approach after all. It concludes by suggesting that gritting your teeth and resisting has its place, but only after more effective practices. “Because even if the angel loses most of the time, there’s a chance every now and again the angel will win,” says Kentaro Fujita, another psychologist. “It’s a defense of last resort.”

Setting aside the angel-demon analogy, Christianity would agree—and take it one step further. The human will is fundamentally flawed and bent toward temptation. Gritting our teeth in the face of temptation will never be overly effective. Seeking something truer by redirecting our desires is more effective. In that way, we allow God to renew the mind and the heart.

The Vox piece may be positioned as a gentle correction to Christianity, but in actuality it reveals how psychologically spot-on the Bible has always been. 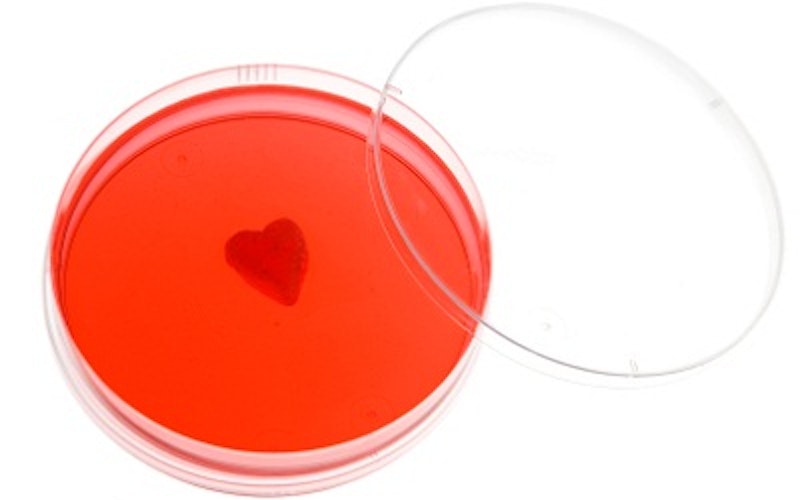 What science gets right - and wrong - about love