You’re familiar with photobombing – when someone unexpectedly appears in a picture as it is being taken. Is faithbombing next?

In an American society where religion is increasingly being removed from the public square, one recent high-school graduate protested his district’s move toward banning prayer from school events by ripping up his approved graduation speech and launching into a recitation of the Lord’s Prayer.

Jon Acuff wrote about a similar phenomenon a few years back at Stuff Christians Like. He called it the Jesus juke: when someone inserts a suddenly holy comment in an otherwise casual conversation. Acuff cited three ways such impositions of faith are problematic, and his third point seems especially applicable in the case of this graduation speech: “I’ve never met someone who was ‘juked to Jesus.’”

Similarly, I’ve often wondered whether evangelistic movies operate in the same way. (Previously on TC, I’ve compared Seven Days in Utopia with Higher Ground to explain why movie altar calls rarely work). Do such efforts reach anyone who doesn’t already agree? Are they effective calls to Christ or antagonistic rallying cries for those who currently believe?

When discussing evangelism, Christians often say we’re “sharing the Gospel.” To share, it seems to me, is to gently offer, yet I’m not sure that’s what’s happened here. I’m less concerned with the motivations of Roy Costner IV, the high-school graduate (goodness knows I wouldn’t have wanted my decisions at 18 to go viral). I am, however, troubled by those who fiercely applauded him at the ceremony and others who have been championing him online ever since. The implication is that this is some sort of victory, a notch in “our” belts. But when we frame evangelism as warfare, it means there will always be loss.

Josh Larsen is editor of Think Christian. / Images via iStockphoto/Photobucket/Photoshop. 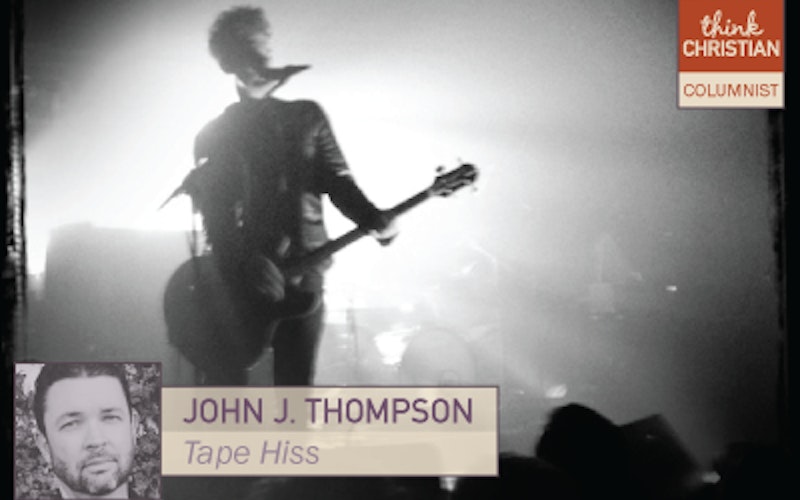 Will we ever stop labeling bands Christian?