A Slate post arguing that children should choose their own gender fails to follow its logical conclusion: asexuality.

So one character tells another in Samuel Beckett’s absurdist 1957 play Endgame. Theatre of the Absurd, including Endgame, portrays the human condition absent any purpose, rationality or meaning - a picture, essentially, of life after the death of God. The term “endgame” refers to the final stage of a game when all meaningful moves have been played out.

I was reminded of Beckett’s play, and this particular line, upon reading a recent post at Slate presenting a melodramatic scene of a doctor announcing the sex of a newborn child (never mind that the sex of most children is identified via ultrasound well before birth). This horrific event, the article claims, occurs when “the doctor holds your child up to the harsh light of the delivery room, looks between its legs, and declares his opinion: It's a boy or a girl, based on nothing more than a cursory assessment of your offspring's genitals.” Rather than accept this “opinion,” the article contends that parents should let “a child wait to declare for themself [sic] who they are, once they're old enough…”

While the article is clearly intended to be shocking, its argument has, in fact, been a long time coming. Theories about the “constructedness” (as opposed to givenness) of human sexuality and even of natural law itself have been trickling down from the ivory tower for decades, as evidenced in another passage from Endgame about a toy dog one character is making:

(Enter Clov holding by one of its three legs a black toy dog.)

CLOV: Your dogs are here. (He hands the dog to [blind] Hamm who feels it, fondles it.)

CLOV(vexed): But he isn't finished. The sex goes on at the end.

In other words, our bodies are no longer ourselves. Rather, we are what we make ourselves to be, including our maleness or femaleness.

Post-structural theorists who traffic in these deconstructive notions openly acknowledge that what is at stake is no less than an attack on the logocentrism that is the heart of both Judeo-Christian tradition and Western civilization. Yet, despite the ever-widening circulation of such ideas, it’s hard to take the Slate essay seriously - but not for the obvious reasons.

Such absurdity is, after all, to be expected “when gender identity is severed from its natural connection to sexual identity,” as Denny Burk, associate professor of Biblical studies at Boyce College, wrote in response to the article. Even more, with the procreative purpose of sex all but played out (as it is in our brave new world of reproductive technology and mix-and-match family-making), neither sexual identity nor sexual activity is connected to bodily form, but instead is but a game of genital roulette played out with any number of ambiguous chambers.

But the reason the article cannot be taken seriously is simply that it doesn’t take itself seriously. For if our physical bodies have nothing whatsoever to do with our identity as male or female, then, to paraphrase Becket, there is no more male or female. Why would a child assigned at birth as an “it” need to choose a gender at all? Why even retain the binary of female/male? After all, genderqueer is here, while Facebook offers 56 gender options for user profiles. The only logical outcome of the article’s argument is asexuality.

The irony, of course, is that identity depends upon difference.

The vision offered by Christian theology departs radically from the seductive tyranny of caprice. Just as each person is procreated through the triune, differentiated, nature of sexual union - male, female, offspring (a triad that reflects the triune nature of God) - so, too, each person’s identity and selfhood are created through differentiation or individuation. Such diversity is the essence of God’s character, His acts of creation, the procreative human act and nature.

Nature has not yet been played out. Her dictates are often harsh and always inviolable, yet her gifts are grand. It’s the grandness of those gifts that Christians are called to bear witness to, and that includes the gift of being created male or female.

Karen Swallow Prior is Professor of English at Liberty University. She also blogs regularly at Her.meneutics./ Baby image via Shutterstock. 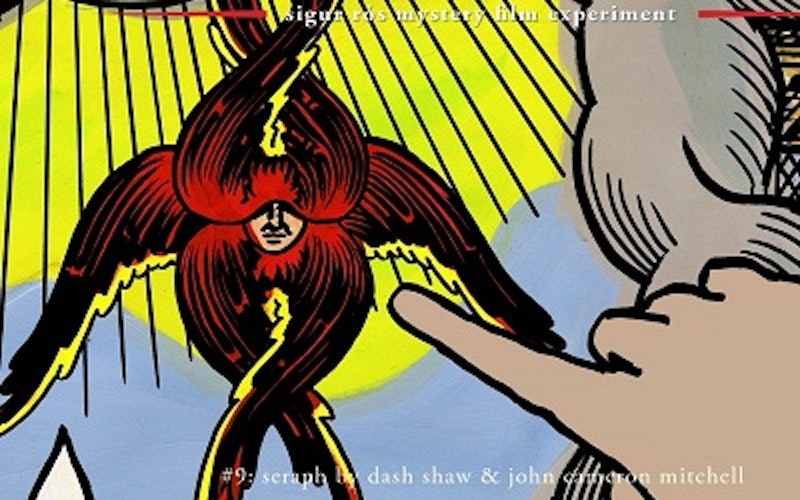