To refer to domestic violence as a mistake, as Janay Rice did recently, is to disregard the value of both victim and perpetrator.

If it is a mistake to forget your wife’s birthday, what might we call it if you punch her and drag her from an elevator unconscious? Is this, too, a mistake?

This is the question raised by an interview given by Janay Rice following news that the NFL has reinstated her husband, Ray Rice, to play football once again. And it is a question that should be raised by each of us as we watch to see how team owners and fans speak about the night he knocked her out in an Atlantic City elevator last February (before they were married).

When Janay Rice described her husband’s actions as a “mistake,” the description became newsworthy for both its proximity to the press release announcing Rice’s potential return and the source of the tempered wording. It was not a faithful teammate, a loyal fan or even a competitive coach eager to get their hands on the new free agent. Instead the words were uttered by the very recipient of his blow.

In an emotional dialogue with Matt Lauer on the Today show earlier this week, Janay Rice shared intimate details about what happened the night of the attack and discussed the potential of ever moving past the viral video that cast her and her husband into the public spotlight. In response to the never-ending press coverage, Janay lamented, “Everybody makes mistakes. After this whole situation, you would think we lived in a country full of people who never made a mistake.” Moments later she seemed to reconsider her words by adding a theological qualification: “…who have never sinned, ever in their life.” While it is impossible to know how intentional the rewording was it remains, perhaps, the most honest moment in the interview.

To refer to domestic violence as a mistake is to disregard the value of both the victim and the perpetrator.

While some have viewed Janay Rice’s comments suspiciously, labeling them as a well-orchestrated attempt to restore the public reputation of her husband, I applaud her ability to spot a cultural trend to distort the distinction between mistakes and evil. Be it momentarily, and conceivably without intent.

When Mark Driscoll was charged with allegations of plagiarizing and inflating book sales he confessed publicly, “Mistakes were made that I am grieved by and apologize for.” Likewise, when it was discovered last spring that megachurch pastor and evangelical leader Bob Coy had been entangled in multiple affairs and habitually viewed pornography, one author chided the public by claiming, “The only difference between you and Bob Coy is that his mistake was made public for the world to see because of the platform he was given.”

To refer to illegal activities, marital affairs or domestic violence as “mistakes” is to disregard the value of both the victim and the perpetrator. For the victim, diluted language of evil belittles the validity of their harm. For the perpetrator, reduced severity in terms fails to bring about appropriate guilt, which can bear the fruit of true repentance. As Michael Hyatt once noted, “When people refer to this kind of behavior as a mistake rather than a sin, they are either consciously or unconsciously evading responsibility."

Janay Rice closed her interview affirming a promise she made earlier this year, that she and her husband “will show the world what real love is.” The irony in her sentiment is that real love is full of both truth and grace, and referring to sins as mistakes gives people neither.

Stephen Woodworth is the Director of Spiritual Formation at Toccoa Falls College and the Associate Coordinator for the International Theological Education Network (ITEN). Read more from him on his blog and follow him on Twitter @steve-woodworth. / Photo courtesy of NBC. 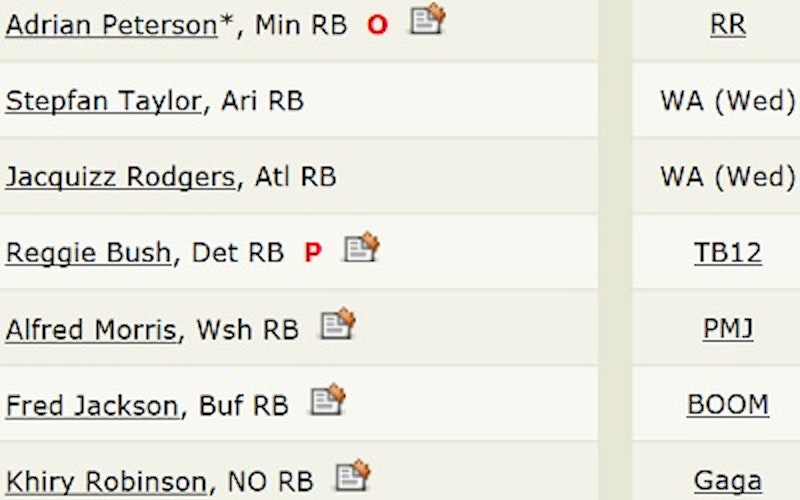