Jesus was a refugee, along with his mother Mary and father Joseph. They fled their native Israel out of fear for their lives. They were able to return some years later, only after the politics of their homeland changed.

Sound familiar? It should. It is happening today, and in the same neighborhood that the Holy Family was from. People there again fear for their lives. The vicious and brutal militants of ISIS are torturing and killing all who stand in the way of their plot to create an Islamic caliphate in greater Syria. Christians have been especially singled out. At one point, Christian homes in the region were painted with an Arabic “N” for Nazarene.

Christians have been in those lands since apostolic times. A co-worker of mine is a Christian from Bethlehem. When asked which church mission group started his congregation, he responds, “the mission of St. Paul and St. Peter.” The Middle East is not only the cradle of civilization, it is the cradle of Christianity. Surely, refugees from a celebrated Christian tradition such as that would not only be welcomed, but honored.

But now the refugees from that region include many Muslims. Should that make a difference? Should Muslims be rejected and Christians accepted, as has been suggested by American presidential candidates Jeb Bush and Ted Cruz?

I can’t think of a good theological reason they would be. I can think of a political one, and I affirm that we should be cautious and diligent about the dangers that some of the refugees could present. ISIS members carrying AK-47s for example, ought not to be allowed in. I recognize that ISIS is devious enough to cause the refugee crisis with the goal of infiltrating western nations with its minions. But this cannot deter us from accepting Muslim or Syrian refugees, once vetted.

Christian theology, I think, demands we accept them. “I was a stranger and you invited me in.”  “Do not mistreat or oppress a foreigner, for you were foreigners in Egypt.”“He defends the cause of the fatherless and the widow, and loves the foreigner residing among you.” These verses all speak of the duty Christians have to take in the stranger, the foreigner, the refugee - and none of them make exclusions on the basis of race, creed or ethnicity.

Those who urge that the United States will become Muslim or be overrun by Muslims misrepresent the facts. An influx of 80,000 Syrian refugees is the equivalent of adding another modest-sized city to our current population of about 320 million. What’s more, basic American freedoms such as speech, religion and assembly have never changed due to the influx of a new immigrant group, nor will they.

The day after the Paris attacks I was with my college class at the Islamic Center of America, the nation's largest mosque, in Dearborn, Mich. Our Muslim host was clearly and openly distressed by the awful violence in Paris. He said the perpetrators could not be truly counted as Muslim. He felt ashamed that they claimed to follow the Muslim faith. And he expressed profound gratitude that his Syrian father had immigrated to the U.S. nearly 100 years earlier. “Only in America,” he said, “could immigrants be so welcome and free.” The talk he presented to my students was as patriotic as any Fourth of July speech I have ever heard.

Do we need to be careful as we admit these new refugees? Of course. But when they do enter, we may find that the Christian mercy shown to them may prompt them to ask, “What is it about you Christians that enables you to care for a stranger like me?”

Kent Van Til is a former missionary in Central America and currently teaches in the religion department at Hope College in Holland, Mich. He is also the author of The Moral Disciple: An Introduction to Christian Ethics.

More Articles by Kent Van Til 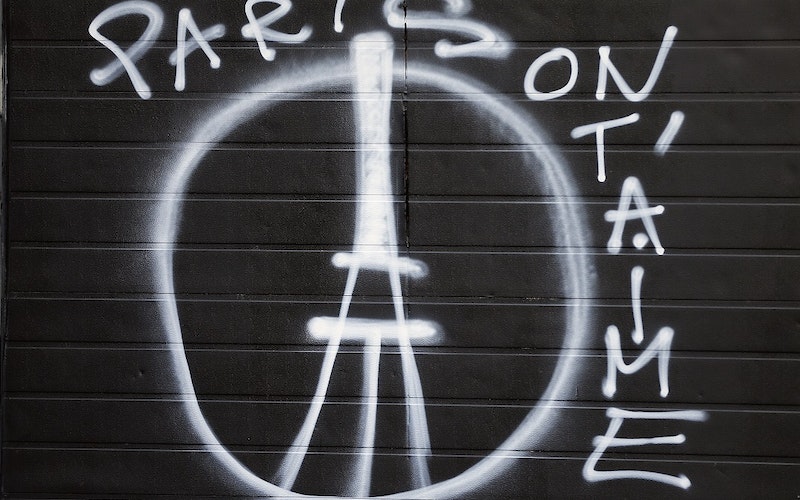 Paris, terror and what to say when it all comes down