President Obama’s State of the Union speech focused in large part on the troubled global economy and the way forward for America. His emphasis was on the continued maintenance of the “American promise that if you worked hard, you could do well enough to raise a family, own a home, send your kids to college and put a little away for retirement.”

President Obama decried corporations who outsource jobs to other countries and the countries that welcome those jobs as two of the biggest threats to the continued viability of the American dream. First, the president promised to make it more costly for companies to move “jobs and profits overseas” by adjusting the tax code. Second, the president vowed to form a Trade Enforcement Unit “that will be charged with investigating unfair trade practices in countries like China.” The president’s faith in the American worker was clear: “Our workers are the most productive on Earth, and if the playing field is level, I promise you – America will always win.”

But in casting global trade in terms of a simple win/lose proposition, the president missed a wonderful opportunity to show that Americans need not be made better off at the expense of other countries. During the speech, Laurene Powell Jobs, the widow of former Apple executive Steve Jobs, sat as a guest of the First Lady. And as it turns out, there are some important lessons for us to take to heart from Steve Jobs’ success as an innovator and technology magnate. Few would argue with the fact that Apple products have made the lives of millions of Americans more productive and enjoyable. But Jobs’ own insights belie the president’s mandate for American business leaders, which amounts to: “Ask yourselves what you can do to bring jobs back to your country.”

As the New York Times reported earlier this week, early last year the president inquired of Steve Jobs why over 150 million iPads, iPhones and other products sold by Apple last year were made in other countries. “Those jobs aren’t coming back,” Jobs reportedly said. The president’s State of the Union speech made it seem as if the lower costs of labor and tax avoidance strategies are the only reasons that firms send jobs offshore. But according to the Times, “It isn’t just that workers are cheaper abroad. Rather, Apple’s executives believe the vast scale of overseas factories as well as the flexibility, diligence and industrial skills of foreign workers have so outpaced their American counterparts that ‘Made in the U.S.A.’ is no longer a viable option for most Apple products.” The reality is that a complex of factors, including the cost of living in America, worker expectations, collective-bargaining realities and educational shortfalls have combined to put America, at least in some cases, at a competitive disadvantage. This is a disadvantage that has nothing to do with getting “tax breaks for moving jobs and profits overseas.”

The president’s basic message advocated forms of protectionism, seeking to favor American companies at the expense of workers in other nations.

It is a disadvantage that goes to the heart of what makes companies like Apple successful. As “a current Apple executive" said in the Times story, “We don’t have an obligation to solve America’s problems. Our only obligation is making the best product possible.” If American workers can help companies provide the best services and products, then companies will come here and hire them without presidential prompting. But if workers in China or India can help these companies fulfill their purpose, then those companies will create jobs in China or India. The only way to truly promote global development is to allow companies to determine what is best for their own products and customers.

This is a critical issue for Christians seeking to live justly in a global society. The president’s basic message advocated forms of protectionism, seeking to favor American companies at the expense of workers in other nations. The president wants to see “millions of new customers for American goods in Panama, Colombia and South Korea.” But if Americans want other nations to be free to buy their products, the basic morality of the Golden Rule (as well as economic common sense) holds that Americans should likewise be free to buy products made in other nations. And as the success of the iPhone in America shows - and as Apple executives put it - “it is a mistake to measure a company’s contribution simply by tallying its employees.”

This is the real lesson that Steve Jobs teaches us about jobs and our true state of the union. 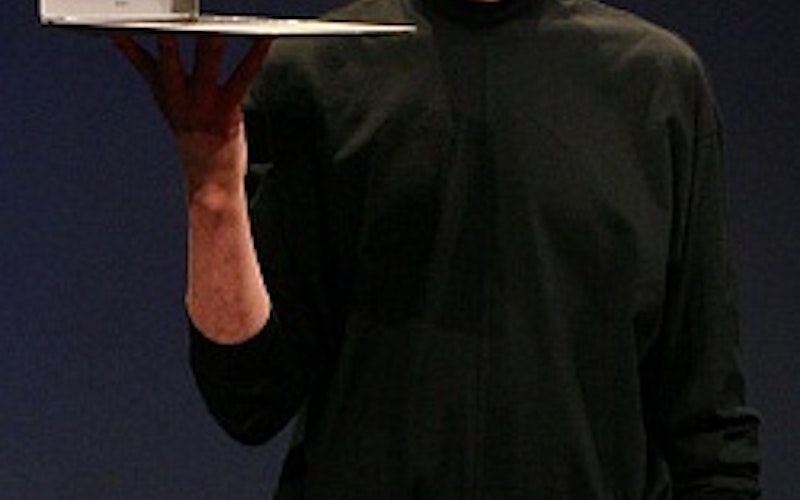 Religion and the Obama Administration 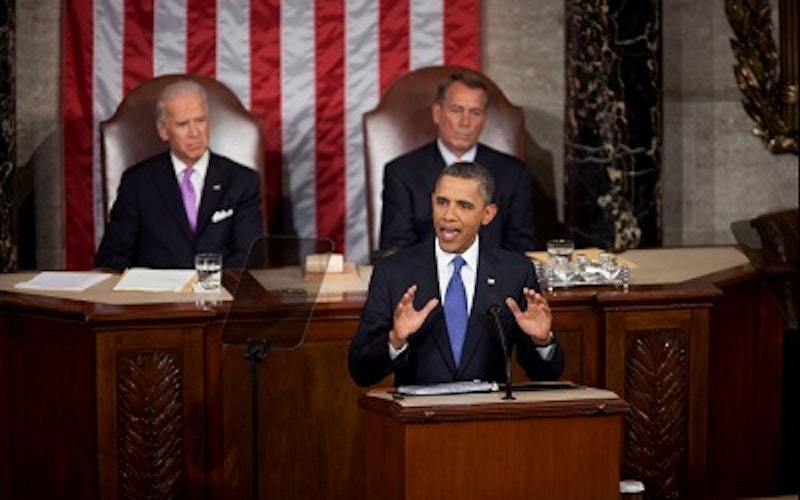