I live in the country with the highest murder rate in the world.

Nope. Go a few countries south of your last guess and you’ll be there: Honduras. This small country (43,000 square miles; population 8 million), located in the center of Central America, has a lot going for it: landscapes of stunning beauty and diversity; simple, hearty cuisine; above all, a people who far more often than not are open, friendly, down-to-earth, hardworking and quick to laugh.

But Honduras is also plagued by the highest murder rate in the world: 86 per 100,000 members of the population (compare that to 5 in the U.S. and less than 2 in Canada).

Squeezed by crackdowns in Mexico on one end and Colombia on the other, drug-trafficking activity - fueled by North American demand - has followed the path of least resistance to Honduras. The narcos are both attracted by and now contributing to corruption within Honduras’ historically weak, inefficient law-enforcement system, which achieves convictions for less than 2% of crimes reported.

I don’t want to be sensationalistic or exaggerate the effects of Honduras’ violence on my life. My day-to-day routine would feel familiar to most back in Michigan, where I grew up: days worked in an office, evenings at home with my wife and daughter. On weekends, we go to church, run errands, visit with friends, take walks and drives in the countryside, watch movies. I don’t go through life shivering in my britches. I could count the number of murder victims whom I’ve known personally on one hand, with fingers left over.

But nor do I want to minimize what living in this environment is like. Two of my coworkers have been murdered in the roughly eight years I’ve lived here - one due to generalized violence in his neighborhood, the other in direct retaliation for his legal-aid work.

I’ve driven past enough dead bodies that the sight “doesn’t even tickle me,” as a Honduran saying goes.

Just-murdered cadavers grace the crime section of the local newspapers every day. While I do not personally come across these grisly scenes more than a few times a year, I’ve driven past enough dead bodies that the sight “doesn’t even tickle me,” as a Honduran saying goes.

As I write this, my wife and baby daughter are getting in a taxi to run some errands, and I must admit to a vague sense of fear gnawing deep in my stomach. My wife’s been held up several times in the past while riding taxis. A year or two ago a neighbor - a 16-year-old girl - was shot to death on her way home from high school when, during a hold-up on a bus, she lost it and the robbers, rattled by her screams, began firing.

Whenever we leave the house, my wife’s grandmother, whom we live with, and my mother-in-law, who visits often, pray out loud for Christ’s blood to cover and protect us. There is an immediacy to this plea that I could not have understood until I moved here.

So what’s there to hope for?

With some significant reservations, I could point to the Evangelical church in Honduras, which is growing like crazy. From just 5% of the population two decades ago, today over 40% of Hondurans self-identify as Evangelical Christians. (This also seems to be shaking up the historically dominant Catholic church, in which lots of interesting things are happening too.)

But I mention reservations because, while the pews are overflowing at dozens of megachurches and thousands upon thousands of neighborhood and village churches, it often looks to me like people are running headlong away from a world of violence, corruption and poverty and into the arms of a church that primarily offers them escape through ecstatic worship and health-and-wealth promises. Much less frequently are these churches sending people back out to transform the world.

Still, there are some who are working courageously to transform Honduras’ violence into peace and justice. I’m honored to work alongside many of them.

Luis and Christian, lawyers; Vanessa, Ada and Gloria, psychologists; Fernando, an investigator. All are working with the Association for a More Just Society, of which I’m the director of operations, to achieve justice and healing for poor Hondurans affected by murder, extortion, rape and other violent crimes. The cases they work on have a 90% conviction rate and they have “graduated” dozens of victims who have reached a point in their healing process where they can look forward to the future.

ASJ founders Carlos Hernandez and Kurt Ver Beek have helped pull together an incredibly diverse coalition of individuals and organizations: right-wing and leftist; Evangelical, Catholic and nonreligious; unions, students, NGOs. Together, we are pressuring the Honduran government to purge corrupt elements from among the police, prosecutors and judges, and to enact reforms making it harder for corruption to infiltrate these institutions.

The author of Hebrews writes that faith is “confidence in what we hope for and assurance about what we do not see.” I can think of no better way to describe why, despite the bloodshed, I am hopeful that my daughter can grow up as proud of her Honduran heritage as her American heritage, and as safe from crime and violence in one country as the other.

By the way, they made it back from their errands without incident. Gracias a Dios. Thanks be to God.

Abram Huyser Honig is director of operations for Association for a More Just Society and lives in Tegucigalpa, Honduras. This piece originally appeared on The Network. / Photo courtesy of iStockphoto. 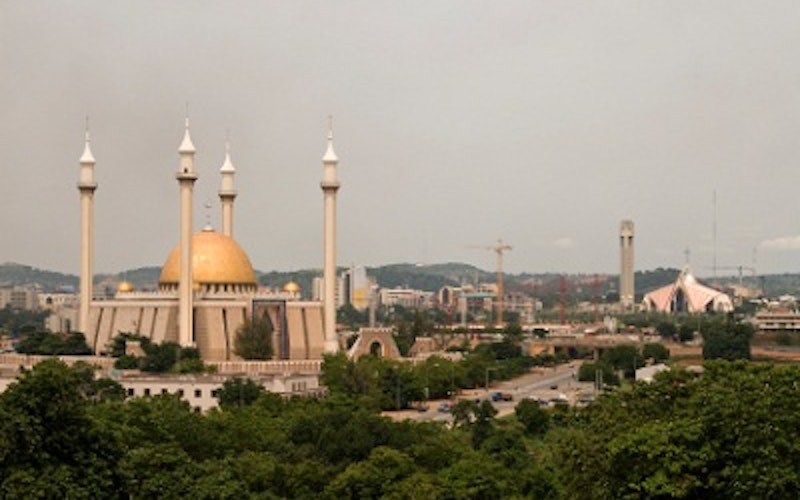 Five things to know about religious violence in Nigeria