They are phrases that will leave a mark on Western culture for many years to come: Enemy combatant. Public safety exceptions. Detainees. Guantanamo Bay.

Even as debate took place in the United States about whether suspected Boston bomber Dzhokhar Tsarnaev should be tried as a civilian or an enemy combatant, there was news about a hunger strike among prisoners at Guantanamo who were protesting their own legal status. What does justice and forgiveness look like in this world of paranoia and terror?

Consider Guantanamo Bay. The prevailing images that have come out of that remote U.S. prison have depicted those being held there as dangerous and unpredictable, if not inhuman and savage. Yet a recent photo project by Edmund Clark, contrasting images from Guantanamo Bay with those from the homes of released detainees, offers a different perspective. Next to a picture of an empty chair used to force feed detainees is a shot of a child’s slide in a comfortable family room. In the light of the inviting domesticity that some of the ex-detainees seem to have regained, it’s very difficult to imagine them as anything but human, and as valued and valuable to God.

When President Barack Obama spoke in favor of closing Guantanamo Bay during his 2008 campaign, there was a glimmer of hope that not only would this particular instance of dehumanization be confined to history, but that similar practices might be ended too. At last, it seemed that the United States might make a shift towards a greater value being placed on human life, even the life of a suspected enemy, whether that person was accused of plotting terror abroad or enacting it in Boston.

Yet it soon became clear that the dream of a swift end to Guantanamo Bay and all it represents was simply that: a dream. Obama has found the situation to be more complex than it looked. Who would want to be known as the president who sent someone home, only to have them come back and commit an offense that would claim American lives? How can the U.S. justice system (or any justice system for that matter) deal with a situation that has largely been without legal precedent?

As Christians, this is tricky ground. If our first loyalty is to God and not politics, then it is difficult to escape the way that Jesus taught us to treat our enemies: to love them and even “pray for those who persecute you.”

This, of course, does not mean sitting back and allowing wave after wave of murderous wrath. What it does mean is that, at the very least, we have no other option but to give both Guantanamo prisoners and suspects like Tsarnaev the same legal rights and due process that we would those suspected of any other crime. What better way to show what love means than by surprising our greatest enemies – especially alleged ones - with fairness and justice?

This kind of love hurts. Treating terrorists like “normal” criminals seems unfair to the victims. Praying for them and even forgiving them seems like nothing short of insanity. But it is what Jesus commands.

What’s more, when we consider the innocent who have been accused or detained – and that includes many at Guantanamo – we must recognize the need for corporate repentance. Perhaps the photographs in Clark’s project suggest one possibility. What is needed is a public demonstration of the end of the era of dehumanization. Just as the empty tomb represents the death of the old system and the birth of new hope for Christians, we need a symbolic illustration. Perhaps a force-feeding chair cut in half? Perhaps a broken shackle in an empty room?

What ideas do you have?

What better way to show what love means than by surprising our greatest enemies – especially alleged ones - with fairness and justice?

Jonathan Downie is an interpreter, translator, consultant, preacher and researcher based in Scotland. You can follow him on his blog and on Twitter. / Photo of Dzhokhar Tsarnaev via AP Images. 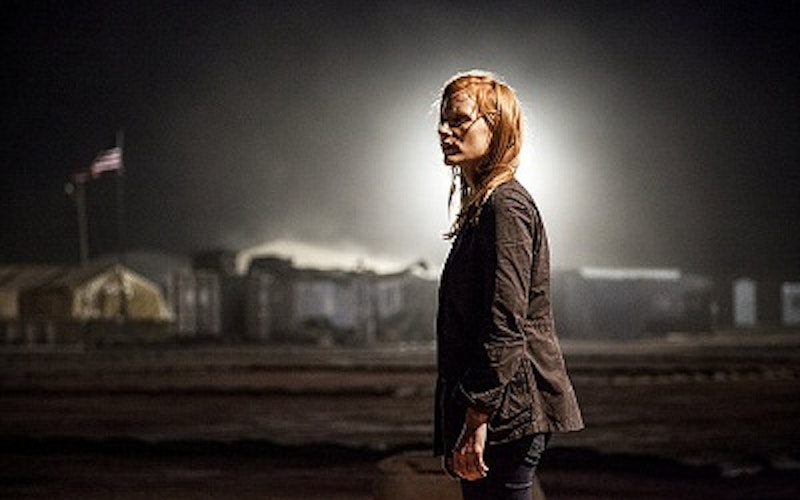