Amish shunning may seem outdated, but the recent Michael Gungor controversy reveals that evangelicals operate under the same principles, albeit disguised by different names.

Ok Steve - I'll agree with your basic premise here. But MAJOR disagreement - you can't lump Bell, Driscoll, Tchividjian and Gungor into your "punishment" framework. Each of these pastors' stories are different, and for at least one, I am personally aware of both a high level of long-term gospel-oriented discipline that was extended, and to no ultimate end on the behalf of the pastor. And in that particular situation, that pastor has increasingly dangerous and extra-biblical doctrines that he continues to teach and preach as gospel. All that to say - these stories are so dramatically different, and the responses by their partners, governing bodies, and the general public have been quite varied. For those that have simply separated, or been separated from - this is a regular and occurrence in the church, and I wouldn't go so far as to say that individual is being "shunned" (or at very least, not all of them on your list)

Mylissa- very fair point. Undoubtedly, each story is different and I didn't intend to suggest that all of them have received the same consequences for the same actions. I want to push and promote redemption and reconciliation, but certainly, all discipline is messy and painful. I don't want to suggest that we don't discipline at times or that we don't let natural consequences fall. Also, I wanted to demonstrate the uniqueness of "Evangelical" discipline. Often we equate evangelicalism with Christianity and to suggest that when someone falls outside the evangelical bounds is to (sometimes) suggest they have lost their salvation. Finally, I do want to discern between (local) church discipline and the discipline one might receive from an entire sub-set of christianity. I wonder if we (I include myself among evangelicals) have the authority to "shun" or if that is the role of the elders and leaders of the church/denomination these people belong to? Just thinking with you out-loud. Thanks for reading and thinking with me.

Stephen -- A couple of notes on your essay.

While I think you have drawn up what is essentially the right historical comparisons here (even though you excluded creedal forms of unity), I think you have overlooked that the paradigm in which all these characters have found their place (and as you point out: make a living through networks) is relatively new. I think it's also questionable whether or not it's historically biblical to trade on fame over and above orthodoxy.

I'd be willing to say without blinking that all of these examples you list are examples of punishment, but the fact is that they are all playing in a post-biblical game which uses the Bible like a prop rather than as something God gives for a purpose. If it turns out that they aren't being treated to local church forms of reconciliation, let's be honest that they don't really care that much about the local church if we measure the way they think they are "called" to "minister." In the best case, they want all the benefits of other local churches and none of the responsibilities.

Thanks for the very thoughtful and relevant article!

It's worth noting that the examples here are all public figures or leaders. Of course, leaders should be treated with the same goal--restoration--as any other Christian should be treated. However, I do believe that one step to restoration for a leader can be to withdraw from leadership temporarily.

I think God is more concerned about them as individuals than about them as leaders. God doesn't "need" their leadership to advance His purposes. Could it be that His grace pursues restoration for their hearts at any cost, even the cost of their positions?

Frank- excellent observations. You have nailed so much that is wrong with church discipline these days. For every church willing to enforce it, there is a another down the street who has no problem with your sin. The truth be told, any modern Christian celebrity who is shunned by evangelicals turns around and simply finds a new audience. In many instances these days, being kicked out of evangelicalism becomes a badge of honor and almost promises your acceptance into new folds who will appreciate the fact that you have "thrown off orthodoxy." But I digress...your points are well taken. We live in an age where few of these leaders and innovators want accountability in the form of ecclesiological association, but want the privilege of their financial support. Very, very true.

I think the most telling part of this article was the observation that evangelicals shun financially. These leaders have not been shunned (primarily) by individual congregations or local communities of people but by other leaders who might offer endorsements of their products (books, conferences, albums, etc.) and by the purchasing demographic that those leaders represent. I wonder if this means that evangelicalism is largely governed by the free market; the most influential leaders are just the ones who sell the most books? (Not sure which is the cause and which is the effect.)

Thanks for having the courage to publish this piece, Stephen. It's all but impossible to do justice to such a dangerous topic in so few words, and I think you've handled it with poise.

I've been watching the shakeups with Driscoll, Tchividian, Joshua Harris, and others, and what has struck me is not necessarily that it is unbiblical for the evangelical fellowships to publicly distance themselves from these figures, but how so many of the evangelical broadcasting pundits--I'll spare names, but most of us probably know who they are--seem to almost ENJOY castigating them for their falls from grace.

If the accusations are true, and if the evangelical community at large has correctly and prayerfully assessed the behavior of these leaders, then there may well be a reason for the disciplinary actions taken. But to the extent that any of us delight in the public humiliation of another, no matter how much we disagree with their orthodoxy--we become guilty of something equally heinous.

Just my opinion, of course.

Let's all pray for the restoration of our leaders who have fallen, for the godly chastisement of those who still need to repent, and for the perseverance of those who are wrongly persecuted.

JKana, John and Stubble- there is no higher goal of any writer than to spark conversations like this. Thank you for reading and contributing to this conversation. Each of you has elaborated on points that I wish I could have explained more fully. Thank you for helping me and others understand the heart of the article. We are in very interesting times in which, divorced from the authority of a church or denomination, celebrity pastors, artists, and authors appear to be operating in "a brave new world" of discipline. Individuals holding individuals accountable is biblical, but not the type happening today through the largely anonymous medium of social media, blogs and web spats. Again, thanks for thinking with me on the subject. Keep reading. Keep responding. 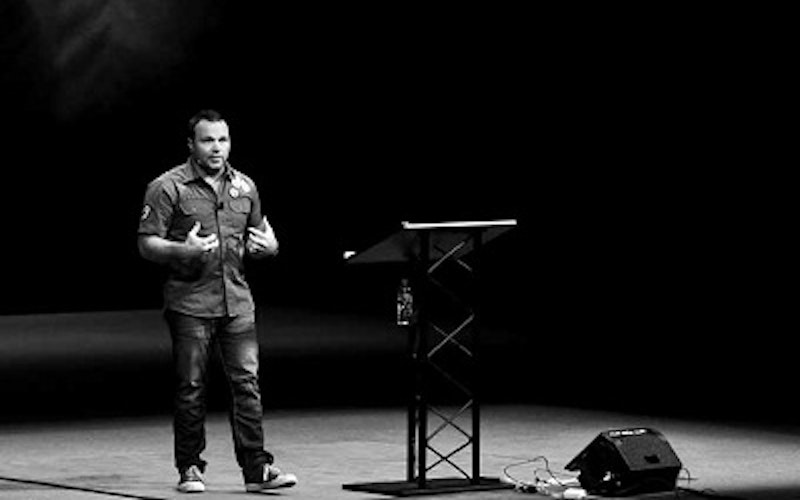 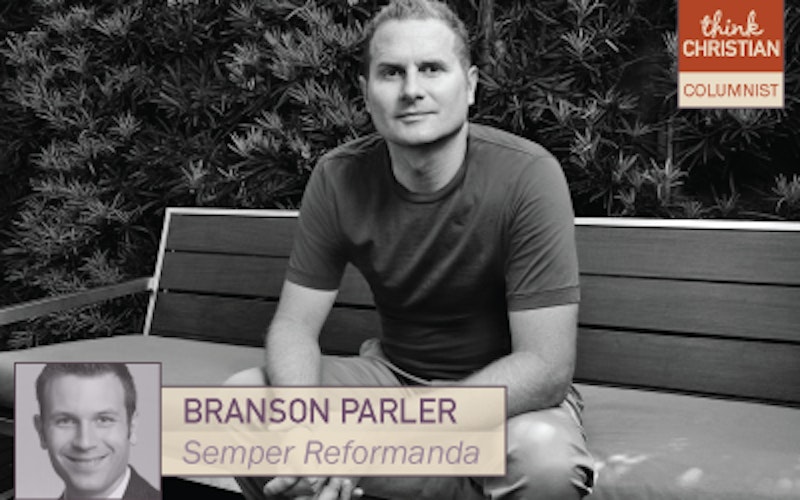