In the wake of cultural conflicts involving Mozilla and World Vision, it's time to envision an alternative to threats and boycotts – especially for Christians.

Recent weeks have been marked by separate but related cultural conflicts: one involving the Christian humanitarian organization World Vision, the other involving the Internet technology company Mozilla and both involving the highly explosive topic of same-sex marriage.

First, in a public statement to Christianity Today, World Vision announced changes in their hiring policies that would no longer exclude gay couples in legal marriages from employment in their organization. Within 48 hours, appalled sponsors began to withdraw donations, resulting in an estimated loss of 10,000 child sponsorships. In the face of these tactics, World Vision reversed its decision.

Just days later, it was revealed that newly appointed Mozilla CEO Brendan Eich had donated $1,000 in support of California’s Proposition 8 campaign in 2008, which sought to make same-sex marriage illegal in the state. In response, LGBT activists and users of Mozilla’s Web products demanded Eich’s resignation, with the online dating site OKCupid even calling for a boycott of Mozilla’s Firefox Web browser.

Responses to both stories lit up the Web. Social media became a battleground of heated debate, accusations, stereotyping and slander. Regardless of which argument one was sympathetic to – the Christian argument, the gay argument, the gay Christian argument - everyone seemed to come away with blood on his or her hands. In the days following the decisions of both organizations, it became clear that there was only one thing that everyone involved seemed to agree on: aggressive, antagonistic rules of engagement. Indeed, The Dish’s Andrew Sullivan, a gay Catholic, likened the tactics of OKCupid to “a fanaticism more like the religious right than anyone else.”

As if taking a cue from modern foreign policy, public discourse in both instances involved sanctions, boycotts and embargoes. These appear to be the weapons of choice for today’s political and theological debates. And while many have embraced the current strategy of tit-for-tat retaliation, it has caused numerous others to become exhausted, disgusted or to simply withdraw from the table.

As if taking a cue from modern foreign policy, public discourse in both instances involved sanctions, boycotts and embargoes.

Now is an essential time to envision an alternative to the noise – especially for those who claim to be followers of Jesus Christ. Is it not appropriate for members of a Kingdom that claims it is not of this world to embrace a distinct code of conduct towards those with whom they disagree?

In support of civil discourse, Guinness is not suggesting that deeply held convictions and beliefs are irrelevant; in fact, he argues just the opposite. If we take our beliefs seriously, the pursuit of civil discourse should serve as the preferred method of generating change at the most foundational levels of governments, institutions and organizations. Indeed, when our response to disagreements is reduced to boycotts and tweets, the true depth of our convictions is reduced as well.

Anything of lasting value takes patience and time to bring to fruition. Civil discourse is the slow work of changing hearts and minds through persuasion, in contrast to the “shock and awe” tactics of power wielding. As Guinness reminds us, “Followers of Jesus are called to be peacemakers, with truth and grace; Paul asks us to speak the truth with love. We’re called to love our enemies and do good to those who wrong us. This is our Christian motivation for championing the classical virtue of civility.”

Stephen Woodworth is the Director of Spiritual Formation at Toccoa Falls College and the Associate Coordinator for the International Theological Education Network (ITEN). Read more from him on his blog and follow him on Twitter @steve-woodworth. / Image via Mozilla. 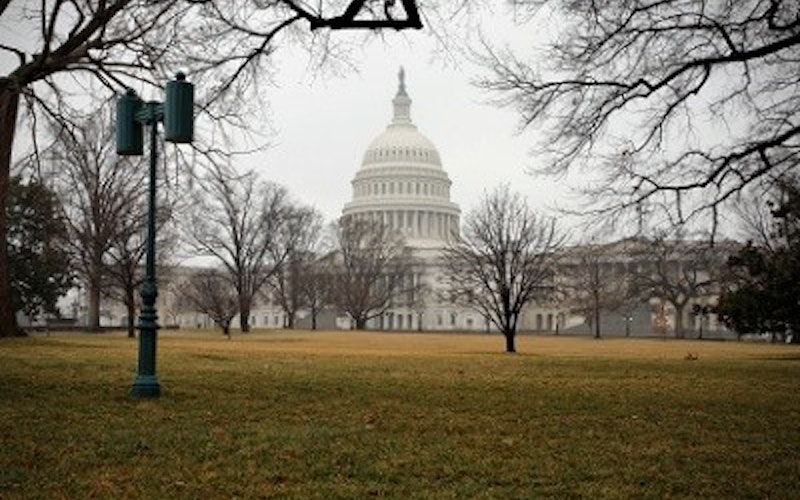 Walking softly amidst the government shutdown