G. K. Chesterton knew how hope could sustain, even when the worst – be it fatal mudslides or missing airplanes – dashes any hope we have.

G. K. Chesterton once wrote, “Hope means hoping when things are hopeless, or it is no virtue at all... As long as matters are really hopeful, hope is mere flattery or platitude; it is only when everything is hopeless that hope begins to be a strength.” At first glance, the statement appears to be a bit of paradoxical nonsense, another attempt for the brilliant English philosopher and writer to make us scratch our chins. Yet, as a Christian, Chesterton was pointing towards an explicitly eternal vision of hope, a vision that sustains even when the worst of this world – be it fatal mudslides or missing airplanes – seems to dash any hope we might have.

Last week, the Prime Minister of Malaysia faced an anxious crowd of reporters in order to relay the grim news that “flight MH370 ended in the Southern Indian Ocean.” The statement exploded in the ears of family members and friends of the victims, who had been clinging to hope for the past few weeks.

Meanwhile, thousands of miles away in Darrington, Wash., excessive rains loosened the soil on a steep hillside covered with residential homes. When the mountain could hold it no longer, it unleashed a mudslide onto unsuspecting residents below. The chance of finding survivors under the debris was unlikely. Yet even days into the cleanup, first responders and teams of volunteers were referring to it as “a search and rescue initiative.” They hoped.

Both stories have highlighted the centrality of hope to our human experience.

Both stories have highlighted the centrality of hope to our human experience; why we hold onto it despite all odds. This is precisely why Chesterton refers to hope as a virtue. And yet he suggests that true hope does not emerge until things are hopeless. Chesterton argues that for many, hope is a reasonable hope, a hope placed in assumptions that are undergirded by logical certainties. It is not until these possibilities are removed and everyone else has abandoned their belief in a “good ending” that hope finally arises as a strength.

When stripped of a tangible reason to tie our mast to anything remotely realistic, a deeper, more profound, stronger hope emerges. Indeed, as Chesterton later argues, “Exactly at the instance when hope ceases to be reasonable, it begins to be useful.”

The power of hope - Chesterton’s brand of hope, a hope in the world yet to come - is a virtue on par with few others. It is the hope that has kept men and women breathing through the darkest days of their lives, amidst war, holocausts, abuse, natural disasters, famines, civil wars, genocide, apartheid, mental illness and miscarriages. It is the promise of tomorrow, and if not tomorrow, the promise of the next day.

The power of hope is a yearning for something more, something better, something that lies just on the other side of this tragedy, that accident, our losses and our longings. It is God’s deepest promise, echoing in the caverns of every chest, reminding us constantly “this is not all that there is.” His story goes on. So we hope, we believe and we press into the echo, reminding one another, indeed, the story is not over until Christ comes again.

Stephen Woodworth is the Director of Spiritual Formation at Toccoa Falls College and the Associate Coordinator for the International Theological Education Network (ITEN). Read more from him on his blog and follow him on Twitter @steve-woodworth. / Image via iStockphoto.

Christmas hope for a hurting world 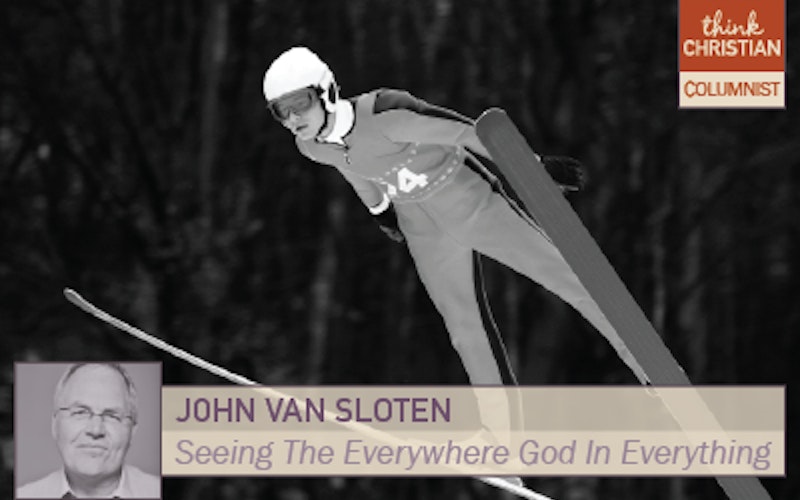