Hear from Rolf Bouma as he spends an afternoon with Wendell Berry discussing community and economy.

Sunday, Aug. 11, 4 p.m. – Gracing the front porch of Wendell Berry’s farmhouse outside Port Royal, Ky., two traveling companions and I enjoy a glass of ice water with the legendary writer. How we ended up there is a tale in itself. Back-and-forth correspondence with Wendell over the summer. A road trip starting at 5:30 a.m. Sunday morning so we could attend Port Royal Baptist Church. But the journey is merely prelude to a conversation with Wendell - and conversation is what counts on this pleasantly warm August afternoon.

Wendell wasn’t in church that Sunday morning, although his wife Tanya was. She spotted us in the congregation and came over to greet us even as she rounded up a few extra choir members for the opening song. “This is Wendell’s Sunday to be in the woods,” she said.

Wendell has an ambivalent relationship with the trappings of church. He goes, and recognizes it as an important part of community. He doesn’t particularly enjoy “church” church, however, and noted that he’s been criticized for the fact that almost every minister in his fiction is depicted critically. He even wrote a short story about a pastor in a positive light just to address that criticism, using The Parson’s Tale from Chaucer as his muse. But more representative is the observation in Berry’s novel Jayber Crow that even the worst sermons “had the great virtue of causing my mind to wander. Some of the best things I have ever thought of I have thought of during bad sermons.” One senses a hint of autobiography.

Our conversation, for all its twists and turns, kept coming back to two themes: community and economy.

Our conversation, for all its twists and turns and delightful side trips down storytelling paths, kept coming back to two themes: community and economy. To those familiar with Wendell’s writing, this will come as no surprise. Community comprises that rich interplay of independence and interdependence that allows people to live out their own lives before the face of God while offering themselves, their gifts and their goods to serve the commons. In turn, they receive the offerings of others as an integral part of their own lives. Economy, for Wendell, is not finances or GNP or means of production or supply and demand. He harkens back to the old Greek notion that economy is housekeeping and homecoming. It’s living harmoniously on the land in concert with others while keeping faith with generations past and generations future.

One of his most impassioned observations was that religion (which in northern Kentucky means the Christian church) lost its way when it gave up on having anything to say about economy. By throwing up its hands at the way people make a living and how they live in relationship to each other and the land, the Christian church took a big step towards its own irrelevance. From his standpoint, that irrelevance will continue until Christians think and speak and act on economy, and in so doing bear witness to the world about faithful living. The simplicity of Wendell and Tanya Berry’s own lives witnesses in that sense.

We were scheduled to stay two hours. It ended up being closer to three and a half. We tried to compliment him gently by telling him how much his poetry and writings meant to us. Heavens, close friends of mine have even named their second child Wendell! The original Wendell deflected the praise and offered a compliment of his own: “I really enjoyed our talk. Glad you came.” Then we got in our car and drove back to Ann Arbor, Mich., thinking and chatting about homemaking and homecoming and housekeeping, but now with Berryesque reference points for what those terms imply.

Dr. Rolf Bouma is the Pastor for Academic Ministries at the Campus Chapel and directs the Center for Faith & Scholarship, a Christian study center, at the University of Michigan. He also teaches environmental ethics and environmental values/public policy as part of the University of Michigan’s Program in the Environment. / Photo of Dieter Bouma (from left), Wendell Berry and Rolf Bouma. 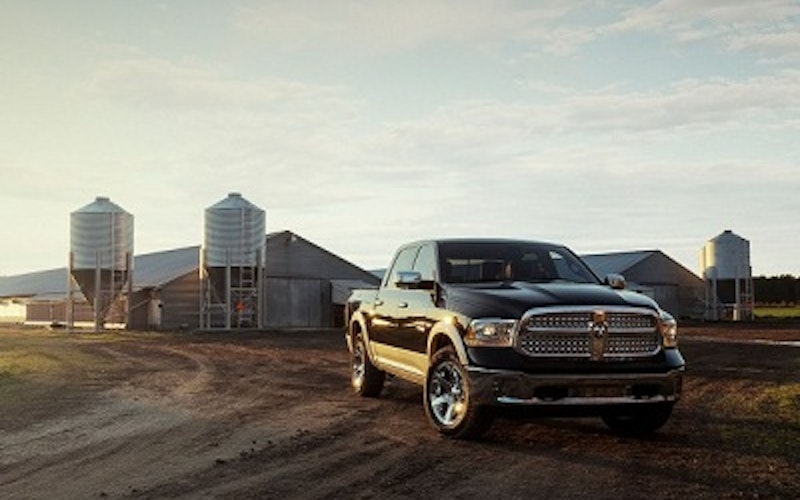 What that Ram truck ad missed about farming