As a Christian in the United States, I hope to find ways to serve both democracy and shalom.

One of the few things clear to me after last month’s presidential election was that I need to change my role as a citizen. My other identities, and the responsibilities they carry, are plenty clear to me: father, husband, worker, writer, church member, Cubs fan, and on. But democracy requires more than private people leading private lives. It requires more than consumers and sports fans and venting on Facebook. It requires active citizens.

I know that many Christians are celebrating the election of Donald Trump. Others, like me, find it deeply troubling. My hope is that Trump supporters who read this will take it not as a battle strategy, but as a genuine expression of concern from a fellow follower of Christ. I hope that we can find common points of agreement on how to be Christian citizens in the coming years, precisely because of our shared faith. My prayer is that we serve not only democracy but shalom, the Biblical vision of creation thriving in peace and delight. That vision, woven throughout Scripture, helps me trust that God’s heart is bigger than our meanest impulses.

Here are the steps I’m committing to take toward becoming a more faithful citizen.

Returning to the core. Whatever comes next, I suspect it will turn us toward what we lean on most. For me, that’s family, church, taking care of my kids, and trying to do honest work. It’s friends, neighbors, music, stories, laughter, and time in the created world. It’s drawing on Scripture and hymns and wisdom traditions older than our current moment.

Affirming values out loud. In a time of instability, it’s important to name my core values in public. With Democrats winning the popular vote by a significant margin, I’m not alone in voting for strong action on climate change. For treating immigrants humanely as an expression of God’s hospitality. For peace with Iran rather than another interminable war in the Middle East. For extending health care to our poorest brothers and sisters.

Rethinking my use of social media. During the campaign I spent way too much time anxiously scanning Twitter and Facebook. That didn’t make me any wiser or happier or help anyone else. I’ll continue trying to understand the world, but I want to do it through channels that don’t amplify outrage and alarm (even if I feel those may be legitimate responses).

Listening across boundaries. I need to try to understand Americans who see the world so differently than I do. I’ve reached out to a conservative friend to see if we can have a civil email conversation looking for common ground. I don’t know if it will work. It’s not easy to span the chasms of partisanship, many miles, and several years out of touch. But it feels important to try.

My prayer is that we serve not only democracy but shalom.

Calling lawmakers. I’ve begun making a phone call each weekday to an elected leader to make a specific policy request. It takes about 10 minutes to prepare and make the call. There are a variety of posts making the rounds about how to get started and what forms of communication are most effective.

Giving money. My wife and I will continue to tithe to organizations that protect refugees, immigrants, the poor, and the most vulnerable of God’s children. Looking both locally and globally, we will support institutions with a track record of faithful work.

Remembering that it’s not about me. I won’t get too pleased with myself for offering donations or making phone calls. As a white male Christian with steady work and a supportive family, I’m least likely to be affected by the policy proposals Trump made on the campaign trail. God’s concern bends toward the widow, orphan, and refugee, and I need to do the same.

Resisting cheap comfort. Austin Channing, a speaker and writer for racial justice and reconciliation, wrote the most helpful post I read the week after the election. She warns well-intentioned Christians not to just say “God is on the throne”:

Assembling with others. I have feet and hands, even if they’re often occupied taking care of small children. I can join public demonstrations to demand justice, peace, and decency. The nationwide marches planned for Jan. 21 to support women and human rights seem like a good place to start.

Practicing gratitude. I’m convinced that expressing thanks is an essential discipline for remembering my place in God’s world. It opens my eyes to what remains beautiful. It encourages laughter (try listening to young kids pray). It reminds me of what’s worth defending, and the people I’m standing up for. We’re in this together.

Jonathan Hiskes is a writer and communications director at the University of Washington Simpson Center for the Humanities. Find his work at jonathanhiskes.com. 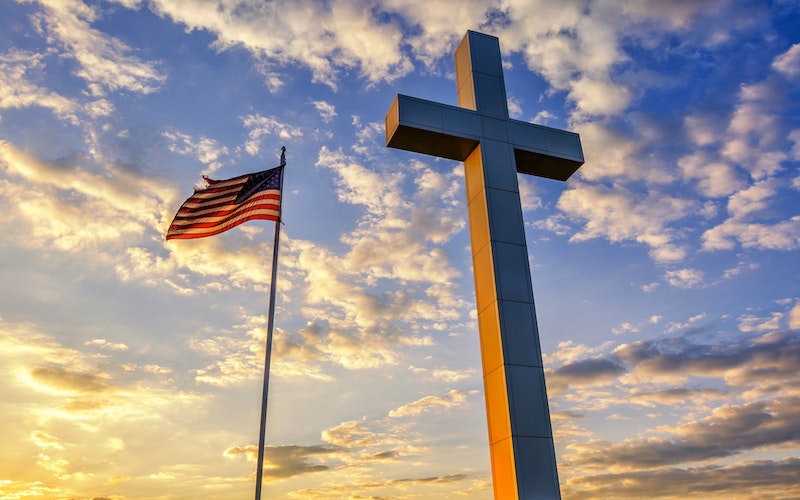 Being a Disciple of Christ in Post-election America