In going against the Republican establishment, Georgia Governor Nathan Deal is exercising a different type of religious liberty.

Nathan Deal, Georgia’s Republican governor, went against his party when he recently vetoed the “religious liberty” bill that had passed the state legislature. The bill was touted as a way to strengthen legal protections for those who would cite religion in denying services to same-sex couples. Critics of the bill said it would give permission to discriminate against such couples.

By vetoing this bill, Deal stands apart from other Republican governors — namely North Carolina’s Pat McCrory and Mississippi’s Phil Bryant — who signed similar “religious freedom” bills into law in recent weeks. Those who have been paying attention in Georgia would not have been surprised by the governor's actions. Long before businesses such as Apple, AT&T and Disney called on the governor to veto the bill, Deal had signaled his intentions. While he said that he believes marriage is between one man and one woman, he thought the religious liberty bill was discriminatory.

A Southern Baptist who took religion courses at Mercer University, Deal said, “What the New Testament teaches us is that Jesus reached out to those who were considered the outcasts, the ones that did not conform to the religious societies’ view of the world… We do not have a belief in my way of looking at religion that says we have to discriminate against anybody. If you were to apply those standards to the teaching of Jesus, I don’t think they fit.”

In other words, this is not what Jesus would do.

Those who have been paying attention in Georgia would not have been surprised by the governor's actions.

The response from Deal’s base was swift and expected. He was accused of caving in to big business at the expense of faith communities, while legislators vowed to bring the measure up again. Deal, who is in his second term, was steadfast in his opposition to the bill.

In 1791, abolitionist and religious freedom advocate John Leland wrote about such liberties being the sole purview of individuals — not government. Leland’s belief in the separation of church and state informed his view that the state should not grant laws supporting religion: “Every man must give an account of himself to God, and therefore every man ought to be at liberty to serve God in that way that he can best reconcile it to his conscience. If government can answer for individuals at the day of judgment, let men be controlled by it in religious matters; otherwise let men be free.”

For Deal, that freedom should not come with a license to discriminate. In his statement announcing that he would veto the bill, Deal said, “In light of our history, I find it ironic that today some in the religious community feel it necessary to ask the government to confer upon them certain rights and protections. If indeed our religious liberty is conferred by God and not by man-made government, we should heed the ‘hands-off’ admonition of the First Amendment to our Constitution. When legislative bodies attempt to do otherwise, the inclusions and omissions in their statutes can lead to discrimination, even though it may be unintentional. That is too great a risk to take.”

In going against the Republican establishment, Deal is exercising a different type of religious liberty. He is choosing a more grace-filled Gospel than his conservative colleagues. He is adhering to a doctrine of inclusion, rather than exclusion. That’s liberty, too.

Kimberly Davis is working on her Ph.D. at the University of Maryland’s Philip Merrill College of Journalism, where she researches the intersection of religion, media and politics. Follow her on Twitter @KDavis. 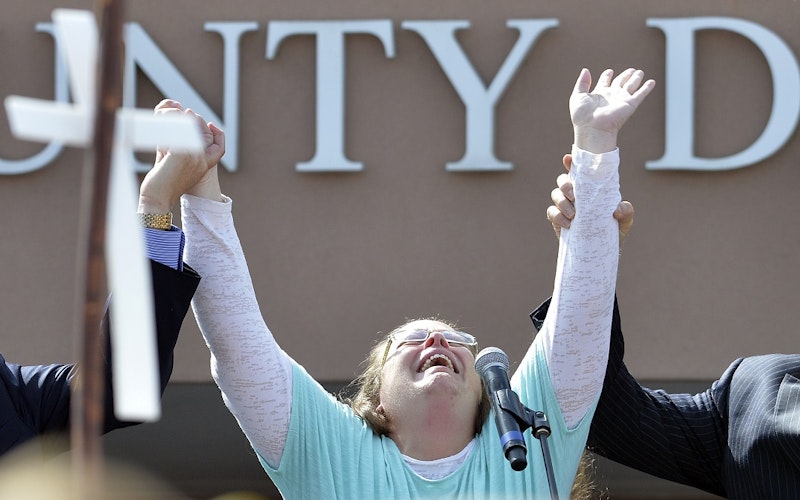 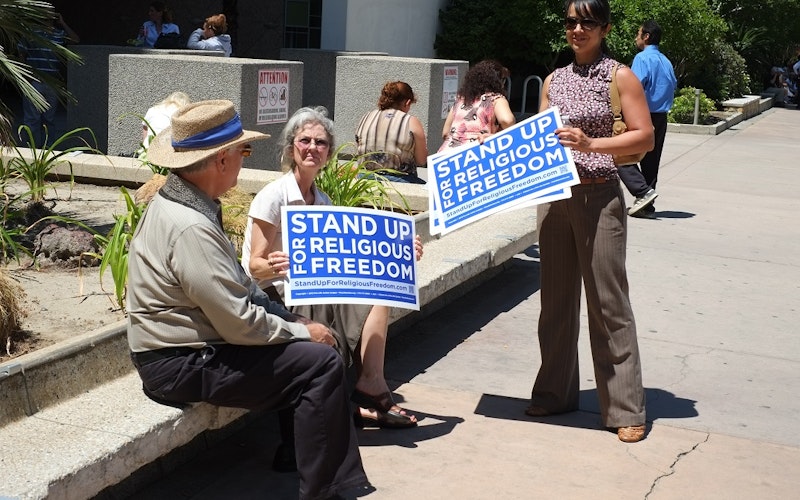