Phil Robertson says to convert or kill ISIS. Obama promises to degrade and destroy. What does this mean for religion, politics and public discourse?

After Steven Sotloff became the second American journalist to be killed by the Islamic State of Iraq and Greater Syria (ISIS), many expressed outrage and called on political leaders to take action. In the midst of this, Duck Dynasty’s Phil Robertson, an outspoken Christian, again caused a stir when he said that ISIS members should either be converted or killed. President Barack Obama, meanwhile, declared that the U.S. would seek to “degrade and destroy” ISIS. What can we learn from the language being used in these instances?

Robertson’s comments raised the ire of many commentators, some of whom suggested that he both looked and sounded like a terrorist, that he had terrible theology and that he is actually taking a page out of the ISIS playbook.

I’ve never held up Robertson as a complex theologian or insightful international relations expert. But I think it’s interesting to set his remarks alongside those of Obama’s in order to think through the nature of our public discourse when it comes to religion and politics. In substance, the main difference between Robertson’s remarks and Obama’s is that no possibility of conversion is held in Obama’s phrasing; his strategy is to contain and then eradicate ISIS. But did commentators rush to compare the president to a terrorist, argue that he had terrible theology or contend that his strategy is a mirror image of ISIS? They did not. Why?

William Cavanaugh argues that the modern age has trained us to think that religion inherently tends toward irrational violence, whereas secular institutions and non-religious ideals do not. This explains why, when an outspoken religious person suggests that you might have to “convert or kill” a group of people, our red flags go up. However, when the president suggests essentially the same thing, it barely makes a blip on our radar. Or to take a different example, most Westerners would have a problem with an Islamic ruler imposing a dress code on its population, but when a secularized country like France does the same thing, it hardly registers with us.

A simplistic connection between religion and violence blinds us to the complex causes of conflict throughout the world.

Cavanaugh doesn’t say that religion is not a factor in violence around the world; it certainly is. His point is more nuanced: there are a whole host of factors that contribute to violence and we need to be attuned to all of them. A simplistic connection between religion and violence actually blinds us to the real and complex causes of conflict throughout the world, not least in the Middle East.

We may also miss noticing that violence by modern, secularized nations far exceeds any violence done by specifically religious groups. Meic Pearse notes that the three bloodiest conflicts of the 20th century - World Wars I and II and the Bolshevik Revolution - were all carried out by modern, secular nation-states. Pearse puts the number of dead in those three conflicts alone at 74 to 84 million. These are people killed not in the name of any Abrahamic faith, but for causes like communism, democracy, liberty and nationalism. This should make us aware that modern ideals and the secular nation-state far exceed the bloodiness produced by religious extremists. As Cavanaugh notes, however, this is a blind spot because our social reality has been constructed by the equation “religion = violent and the secular state = peaceful.”

So should we be concerned when good ol’ boys with guns and duck calls suggest that others should be converted or killed? Yes. But when the commander-in-chief of a massive army rattles his sword, you can be sure that there will be blood. If a lizard spitting in the wind is cause for consternation, how much more a dragon that’s poised to exhale?

Branson Parler is Associate Professor of Theological Studies at Kuyper College and author of Things Hold Together: John Howard Yoder's Trinitarian Theology of Culture. You can visit his website at www.bransonparler.com. / Photo via YouTube/Whitehouse.gov.

Duck Dynasty and the gospel of entertainment 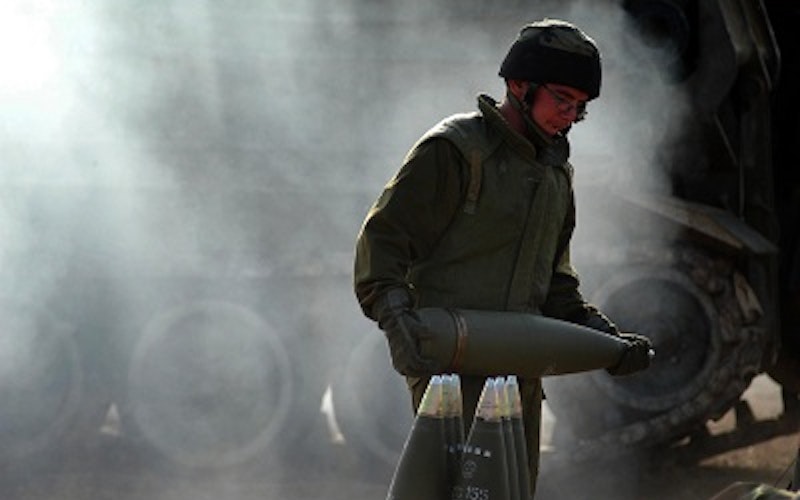 Cease-fires and the fog of war