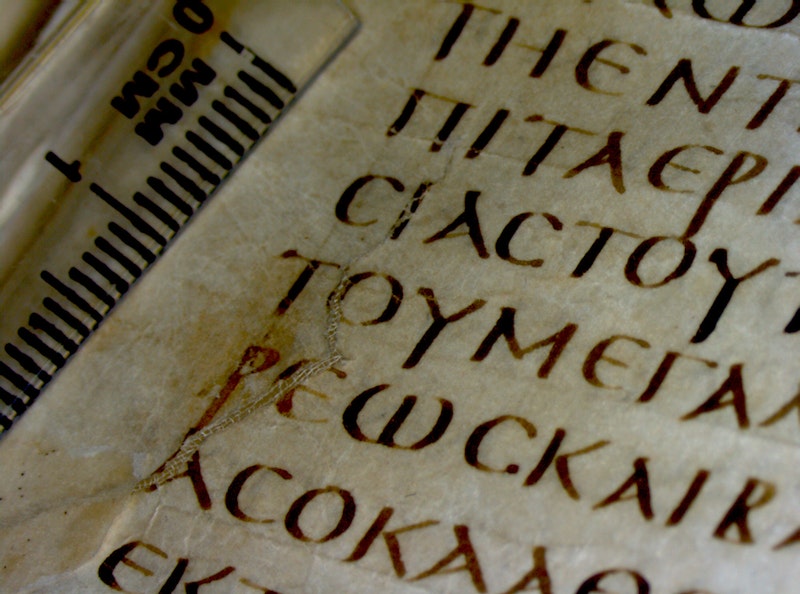 Recently, the oldest known version of the Bible went digital. The 1,600-year-old, hand written Codex Sinaiticus has been spread out in four different locations, but historians and scholars are now bringing the pieces together online.

The Codex Sinaiticus is significant because it’s the oldest complete Greek text of the New Testament that includes hand written edits ranging from changing a single letter to whole sentences. Plus the Codex Sinaiticus includes two New Testament and seven Old Testament books that aren’t in modern day translations since the protestant tradition questions the authenticity of the books. These include the Epistle of Barnabas, The Shepherd of Hermas, 2 Esdras, Tobit, Judith, 1 & 4 Maccabees, Wisdom and Sirach.

Of course there will be controversy as more people have access to the document. For example, a good chunk of Mark 16 talking about the resurrection isn’t in the Codex Sinaitcus. But new insight may become available too by seeing what was changed and how the order of the books were rearranged.

A look into the Codex Sinaiticus is no doubt an interesting glance into history. For me there’s a certain intrigue in being able to see an original text. In a way, it’s sort of like the excitement I had visiting the National Archives in Washington, D.C. for the first time. I was a geeked out, political science major looking at an original copy of the Constitution and Declaration of Independence knowing it had been hand written by our founding fathers. Pretty cool stuff.

But beyond the coolness of seeing such an old, important document, I’m not sure I get much else from seeing the Codex Sinaiticus. How about you?