Even in the wake of the terrorist attacks on Paris, the hope of the Gospel is that human history will end in God's shalom.

With 50,000 others I ran the New York City Marathon two weeks ago. We ran through five boroughs and crossed over four bridges. It was challenging, colorful and crowded. From a variety of angles during the race I could see 1 World Trade Center - the Freedom Tower. I saw it from bridges that had a view of the skyline; I saw it glimmering in the sun and poking above other buildings as we ran down Fifth Avenue; I saw it from the Staten Island waterfront with the Statue of Liberty in the foreground.

Reaching 1,776 feet, the Freedom Tower is a massive, spectacular glass and metal spire that juts into the sky. The walls are slabs of slanted windows that reflect and radiate the sun, sky, light. When you stand underneath the Freedom Tower it seems to reach forever into space. Like a defiant finger in the face of terrorism, it stands as a shining monument to freedom of speech, freedom of enterprise, freedom of the press, freedom of religion. There is a hushed and holy quality as people from all over the world walk near the 9/11 Memorial and look up, overwhelmed by all that the space holds and symbolizes.

In Mark 13, Jesus and His disciples came to challenging, colorful and crowded Jerusalem. Seeing the temple, one of the disciples voiced amazement at the beauty of the building and the size of the stones. They were wide-eyed and overwhelmed by all that the space held and symbolized.

Consider the location’s history: in the center of Jerusalem on the top of Mount Moriah, there is an outcropping of rock upon which Abraham was called by God to sacrifice Isaac. King David built an altar on or near that rock, and his ambition to erect a temple there was fulfilled when his son, Solomon, built and dedicated the First Temple in 960 BC. That temple was destroyed when Nebuchadnezzar ransacked Jerusalem and exiled the Jews to Babylon. About 500 years after the destruction of the First Temple, just before Jesus was born, Herod the Great built the massive and magnificent Second Temple, perhaps as a way to placate the Jews.

And so, as Jesus and His disciples walked near the temple, they were a displaced and dispersed people; they were under the thumb of the empire; they were strangers in their own land; they were overwhelmed and awestruck. But Jesus responds: “Not one stone here will be left on another; every one will be thrown down.”

A few days after 9/11, Nancy Gibbs wrote in Time: “If you want to humble an empire it makes sense to maim its cathedrals.” Even though the Second Temple was built by Herod, it was still a cathedral for the Hebrew people. It gave shape to their hopes and their history; it gave them a place to gather; it was their apparatus for sacrifice and supplication before God; it gave them identity; it gave physical expression to the covenant; it was their focal point for the Kingdom of God.

The hope of the Gospel is that human history has purpose and direction, that it will end in the glory of God’s shalom.

Therefore, to suggest that it was coming down left the disciples not just awestruck but dumbstruck. They couldn’t believe that was what Jesus meant. They couldn’t imagine that the temple would be destroyed. They had signed on to see the Roman Empire overthrown, not to see the temple taken down. When they ask Jesus what He meant, He offers an apocalyptic vision of earthquakes, famines, “the beginning of birth pains.”

What are we to make of all of this? When our cathedrals have fallen and our temples are in rubble, what are we to say? When barbaric terrorists kill innocent civilians on a Russian plane and on the streets of Paris, what are we to do? How should we live when it all comes down?

The hope of the Gospel is that human history has purpose and direction, that it will end in the glory of God’s shalom. There is little suggestion in Scripture that life is meant for our comfort or that things will keep getting better until we roll over one fine glorious morning. Instead, the language - even here on the lips of Jesus - is that everything will come unhinged and even our temples will come down.

But our temples are not the focal point for the Kingdom of God. The coming, and second coming, of Jesus is the locus of our hope for the full realization of mercy, justice and peace. The stars will begin to fall, the trumpet will sound, the temple will be rubble - but God in Christ will be with His people and wipe every tear from their eyes.

I don’t know if that is just a naïve hope - a poet’s longing when pragmatists are grabbing for more guns. I don’t know if the best we can do is pray - pray for Paris, pray for Syria, pray for refugees, pray for peace. I don’t know what to say to Christian brothers and sisters who would turn back refugees fleeing the same horror and ramp up massive bombing campaigns that would bring more innocent death.

I do know that Jesus was right. In 70 AD the Roman Empire put down a Jewish revolt and after a long and brutal siege of Jerusalem they destroyed the Second Temple. The only stones left one upon another are a fragment of the foundation of the temple - today’s Wailing Wall. When I once stood at the foundation of the Wall, I was surrounded by Orthodox Jews rocking, praying and reading the Torah before giant stones rubbed smooth by years of hands and tears. Just above me Muslims were preparing for prayer. Only a few blocks away, Christians gathered to pray at the tomb of the resurrection. It seemed as congested and confusing and chaotic as it did to those awestruck disciples walking near the temple. And our collective future will hang in part on how we, the children of Abraham, find ways to stand together in love and humility and service.

The essential hope of the Gospel is that history has direction and purpose. And as that is true, as Jesus is coming back to fully birth the shalom of God, then even this present moment is radically altered - and it too is headed toward glory. Then every expression of terror is not the last word. Then empires may rise and fall, civilizations may collide and collapse, every generation may think it’s the last, trials will come and temples will tumble, but out of the rubble, even out of death, will stand the God of all hopefulness. And there is nothing to fear.

Roger Nelson is pastor at Hope Christian Reformed Church in Oak Forest, Ill. This article was adapted from a sermon given on Nov. 15, 2015. 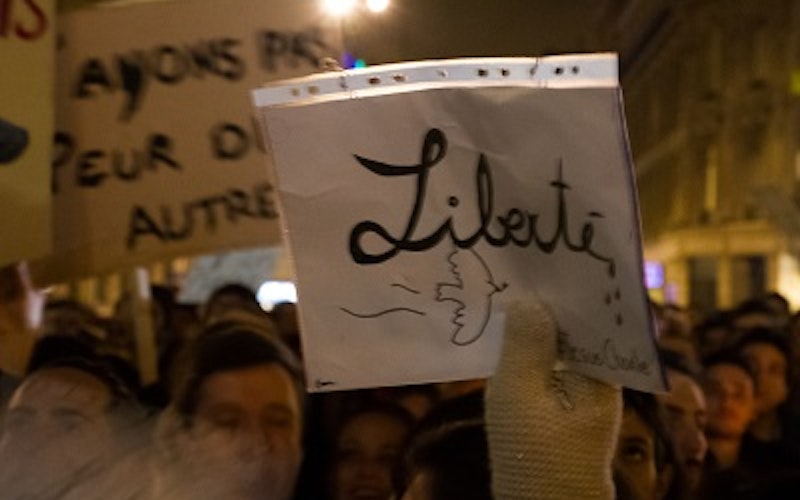 Reading between the rhetoric after the Charlie Hebdo attacks 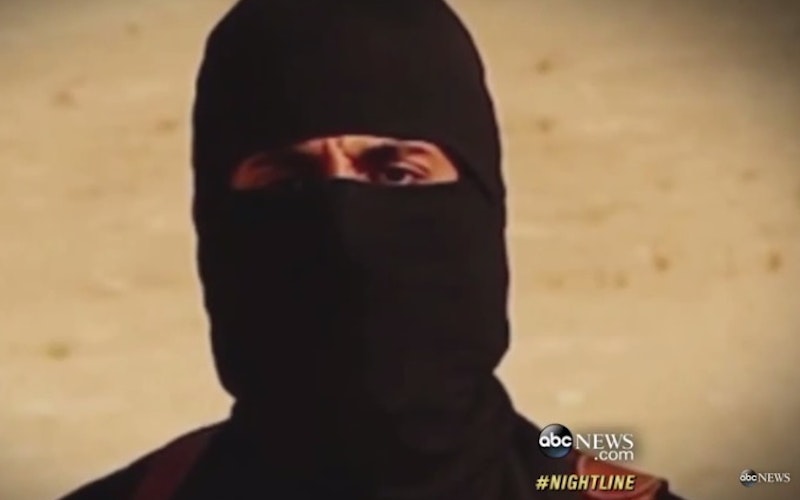