I'm so happy to know that there are people like you who are willing to diminish the stereotype that has been placed on pit-bulls. My wife and I have a nine month old pit named Sam. We consider her to be part of the family, and we couldn't see not having her.

I do understand, though, that what the Obama administration has passed is based on fear. Pit-bulls have been given a bad rap, and people like you and I should make the effort to prove to the fearful that there is nothing to be afraid of.

Thanks for writing this!

This was just beautifully-put! I don't own a pit so (if you'll excuse the pun) I really don't have a dog in this fight, but your love for your pets couldn't be clearer. And of course we don't need to be personally affected to love all of God's creatures, whether made on the sixth day or earlier on.

I'd just add one thing. I absolutely believe we should be spreading the truth where lies and half-truths are being spread in its place. Sometimes we say things that we believe are true, maybe actually is true, but that we say the words as a way to hurt others. And I think a lot of people, upper-middle-class and liberals and city folk (all of which describe me!) take a lot of pleasure in feeling more "enlightened" than other people. So they think of pit bulls as vicious and they get something emotional out of thinking that's the kind of thing decent, civilized people would never own and so they fight against it. There's a factual problem but also a taking pleasure in pushing other people down thing as well. As Christians, I hope those of us affected by that tendency toward the evil tongue will fight against it and not use things like pit bulls to puff ourselves up at other peoples' (and animals') expense.

I'm not necessarily a proponent of breed-specific legislation regarding dogs, but there's a lot more to be said about how Christian commitments might affect the way people treat, choose, and relate to dogs and to particular dog breeds than what is suggested in this article.

For instance, I'm curious as to why the author chose a pit bull for a pet. Is there something about a pit bull (or rottweiler, or mastiff, or bulldog) that particularly commends it as a great pet? Or is it just freedom of choice and opportunity? Does the purpose of the breed play any role in the choice, or is that entirely irrelevant?

And what is the role of breeders in over-producing breeds deemed desirable (and why are pit bulls and similar dogs currently considered desirable)?

The author mentions that dogs can be overbred. What if the breeding over generations produces a breed that is both aggressive and pugnacious when it bites? Breeding practices itself are a minefield. Not only does inbreeding produce deformities that affect animal well-being (hip dysplasia, for instance, or the health-affecting deformities bred into bulldogs that significantly shorten a pure-bred bulldog's life expectancy). As an example, a dog-sled racer breeds dogs to pull and to push the limits of endurance. Should breeders breed dogs that will run themselves to death if given encouragement? I would hope not.

Christians are committed to truth, but that goes both ways. I'm leery of the behaviorist assumptions behind the argument that dogs are simply the product of their training and environment, so if a pit bull bites or savages a person or another animal, it simply had to be provoked or encouraged in some way. Is the fumbling affections of a small child sufficient provocation to warrant an attack? Former parishioners of mine whose toddler son had to have over 200 stitches in his face when bitten by their pet pit bull would probably not exonerate the dog (or the breeders or the dog culture). I think they would agree they should not have owned a dog of that particular breed with a young child in the house.

In sum, breed-specific legislation is an attempt (perhaps a fumbling one) to address a cultural issue regarding how people use and abuse relationships with companion animals. If outlawing legislation is not the answer, then what is appropriate?

First of all, RBouma, I am so sorry to hear what happened to your friend. My friend was attacked by an Airedale as a child and still bears the scars on her face to prove it and another friend's daughter had her ear bitten off by a Golden Retriever. So I know how horrible this is.

Certainly, I'd have an emotional reaction to any dog who hurt my child.

However, your assumptions about pit bulls (and Rottweilers) are just wrong. Pit bulls are notoriously wonderful family pets. They were historically called "nanny dogs" because of their calm demeanor with children. This is certainly a main reason why I love the breed. They do not *lunge* for throats and they are, actually, BRED to be people passive even by the monsters who breed them to fight. Dog-handlers don't want to get bitten.

If these dogs were all as vicious toward people as you seem to think, then they would not be used for dog fighting because they'd turn on every last handler who tortures them so.

Rottweilers, of course, ARE bred as guard dogs so they are more inclined to defend their owners. Their instincts toward strangers (not family) are entirely different than pit bulls. Comparing the breeds is like comparing bell peppers to jalepenos (or something...).

Back to biting: The CDC rightly suggests plenty of wiser ways to reduce dog bites. Certainly I am a fan of doing whatever it takes to teach kids (and parents) to be wise around all dogs.

I could go on and on, but I've got to pick up my daughter from dance.

I realized I didn't leave my last comment in direct response to yours. Sorry! Was typing quickly.

Again, I appreciate your comments, but wanted to come back and address one more point you made (maybe I'll have time to go back and answer all the questions!).

Anyway, you write: "Pit bulls and rottweilers rip and tear and will lunge for the head and throat. That's not the way many other breeds behave. With the three springer spaniels our family owned, the bite was a rare nip on the hand given in warning. Different breeds have different inclinations."

Okay. So, rip and tear and lunge for the head and throat? Where are you getting this from? I'd love a citation that shows this is de rigeur for the breeds. I'll agree that this is what my pit bull would do (ahem: has done) to a squirrel and rabbit she caught. But pit bulls aren't the only dogs to do this. (Though, our Rottweiler was all Peaceable Kingdom. Loved other animals.)

And was interested that your Springer Spaniels bit your family so frequently. Family dogs should NEVER bite the family. Dogs GROWL in warning, not BITE in warning. That's an act of aggression. Of course, that's something Springer Spaniels ARE known for (Springer Rage), fairly or unfairly. I just hope the same fate doesn't befall Springers that has befallen pitties (and rotties and dobies...).

Anyway, I say this because you're assuming my pit bull lunges and rips at people's throats while you have had a house-full of aggressive biting dogs. Not so with us. I hate saying this in public, but our pit is ridiculously people passive and completely stranger friendly. An "oh, can I show you where the silver is, Madam Burglar? I'm just so happy you're here!" sort of dog.) That said, any dog can bite. Preventing dog bites overall is what we should be working on.

My passion for the pitbull breed has been growing more and more everyday. I've owned 4 over the years, but recently after purchasing my blue pit bully, I was placed in a position to adopt a 2 year old banddog mastiff. The shelter wasn't having any luck placing him due to his age and breed even though he is the sweetest most gentle dog!! It breaks my heart that society has labeled them monsters and undeserving of a happy life! God has opened my eyes to so many "wrongs" that they are facing and I feel strongly that he has put this desire in my heart for a purpose...he brought me to your page, a Christian standing up and being a voice

I realize this article has been up for a while and I'm very late and commenting. I just recently stumbled across it. I love it however because I've often thought of how pit bulls speak to my spirit is a Christian but I've struggled to find the words to express the reasons why. It's a combination of all the things that are mentioned in this article plus the fact that pit bulls are known for strength, loyalty and devotion. All of these should be, in my opinion, things that attract Christians. Thank you for posting this article 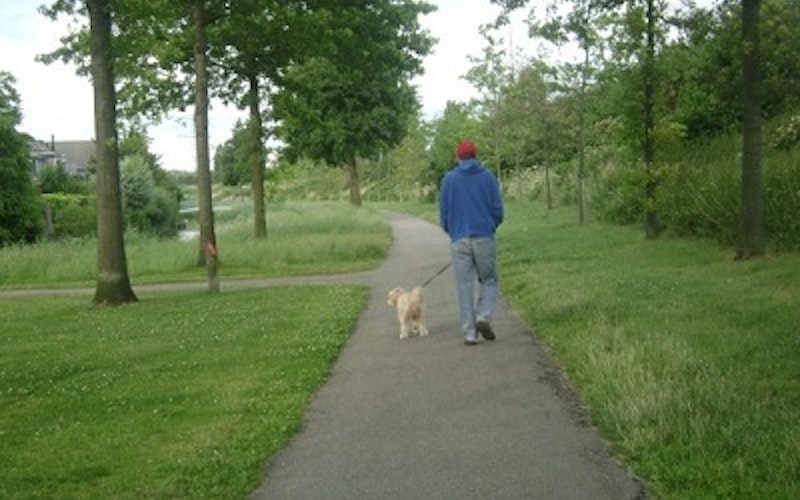 What Europe’s dogs can teach us