If you’re looking for hope in these anxious, post-election days, look to the eschatological parable of the Chicago Cubs.

If your Facebook feed looks anything like mine, many Americans are brimming with anxiety in the wake of yesterday’s presidential election.

While some of my relatives expressed concern prior to the election over what a Hillary Clinton presidency might mean, especially for the Supreme Court, today I am hearing other worries. My friends with darker skin than mine are terrified. Having a president who is openly supported by the Ku Klux Klan has raised their psychological stress significantly. The LGBT friends in my news feed are scared about the vitriol being spewed by Donald Trump supporters. My Hispanic friends are concerned about those they love being deported. My retirement account was not happy, as fear was even expressed by the markets. So many Americans were feeling afraid last night that they managed to crash the Canadian immigration website.

God’s most frequent commandment in Scripture is do not fear. Something greater is expected from those who serve a sovereign God. In this season of anxiety, then, let me suggest that we remember the Chicago Cubs—not as a distraction, but to learn from their championship run.

Last week we had a celebratory party here in Chicago that some have claimed was the seventh-biggest public gathering in modern history. What brought so many people together in such a peaceful, unified way? What can the Cubs offer us in these turbulent, post-election days?

Cubs fans were always the good sports, knowing how to lose well. They spent 108 years with a longing for someday. Someday we will have the perfect lineup. Someday we won’t have to be good losers. Someday we won’t face ridicule. Someday the team won’t suck. Or, as the Cubs’ song goes, “Someday we will go all the way.” Christians, too, yearn for a better day. Our hearts have a deep longing for the world to be made right. As people living in a broken world, our hearts resonate with the frustration that someday is not today. Our hearts should break over injustice. We long for the someday when God restores the world. After patient perseverance, the Cubs saw that someday come.

Curses can be broken

So many Americans were feeling afraid last night that they managed to crash the Canadian immigration website.

The Cubs have spent decades living under a supposed curse. You can blame the billy goat, but the reality is that God, in his providence, writes the story. Would the championship have felt as good if it was not preceded by such a long season of suffering? Some think the losing seasons with the Cubs became a mental block that they struggled to overcome. They did not think that they could be winners. They lived with a legacy of failure. Amidst the strife of the election, we have felt the curse of this broken world all too clearly. Yet Jesus says, “I have told you these things, so that in me you may have peace. In this world you will have trouble. But take heart! I have overcome the world.” Christ has overcome our curse of sin and death so we can have peace even when life feels uncertain. Peace even as we fret over the presidency.

In an election season so polarized by painful divisions, the Cubs have brought us together in a powerful way. It was beautiful to see video, taken far from Wrigley Field, in which you could hear the crowd singing together to celebrate their Game 5 win. In one unified voice, “Go Cubs Go” rang out over the city as an anthem of agreement. Fans came together in the streets in jubilation. There was a celebratory atmosphere in the air. Voices were hoarse from singing together in fellowship. It was a picture of the unity of heaven, where God brings together people from every tribe and tongue and nation to celebrate the lamb triumphant on the throne.

This is the unity we need to be striving for—not gloating if our candidate won, but rather listening well to those who are grieving. God’s glorious day is coming and until he comes we should be striving for unity. When that unity fully arrives, it will be even more fun than the Cubs being congratulated by the Chicago White Sox.

Eschatological hope for the future

The Cubs reminded us that our longing is not in vain. Though the wait seems long, someday is coming. Following the losing team is a reminder that we are to hold on to hope. We can be people who trust in a better future because God is in control. The phrase I keep hearing is, “If the Cubs can win the series, then anything can happen.” The Cubs have taught us the value of clinging to hope when everything around us says it’s foolish.

During the election, I have heard repeatedly how this or that candidate is somehow going to cause the end of the world. So I think it is important to look at where Christians keep their eschatological hope. It does not rest with who sits in the White House, but with the one who holds the whole world in his hands. No president is a savior who can set all things right.

The Cubs gave us a glimpse of what it means to see hope finally fulfilled and to see the dreamed-about future finally arrive. We love seeing the day where the long-suffering little guy finally gets his day of celebration. Hebrews reminds us: “Instead, they were longing for a better country—a heavenly one. Therefore God is not ashamed to be called their God, for he has prepared a city for them.” That longing is wired into our being. God has set eternity within our hearts and he has prepared a heavenly home for us.

And in the meantime, he still reigns over all. 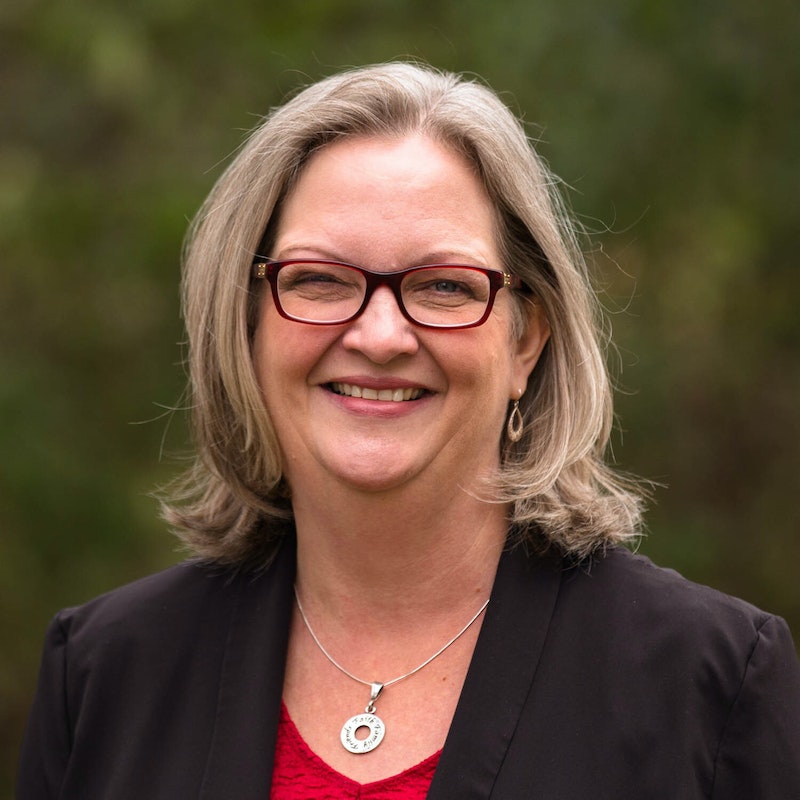 Deb Koster is a producer, writer, and speaker for Family Fire, a sister minister of Think Christian.