How can Christians respond to the Charlie Hebdo terrorist attack in France? Partly by resisting easy narratives of dehumanization and retaliation.

How do you respond when a small group of zealots kills and terrorizes a country where you used to live? How can justice be satisfied without any hint of revenge? Does Christianity have anything to say to a world where a trip to the supermarket or a day at work can end in a massacre?

These were the questions that bounced around my head as I sat down to dinner with my wife and two children last week in the wake of the terrorist attacks in France: one at a supermarket and the other at the offices of satirical magazine Charlie Hebdo. What a brutal contrast between our joyful, if noisy, domestic bliss and the lives of Said and Cherif Kouachi, at least one of whom grew up in an orphanage, stripped of any real sense of identity. Both of whom would die, having taken the lives of a dozen people in an attack that shocked an entire continent.

It is all too easy to see the killing of cartoonists working on a satirical newspaper as an attack on freedom of speech. Constructing a narrative that pits “Western freedom” against “radical fundamentalism” means that we avoid confronting prickly questions, including the question of why this freedom might be seen by a small minority as a threat rather than a privilege. It also encourages us to portray these attacks as acts of war, implying that the tools and weapons that were used to rid Europe of fascism in the 1940s are the ones we must use now.

Such thinking can only lead to retaliation and fear. The rise of the far right in parts of Europe shows how easy it is for justified concerns about safety and security to morph into a view that all immigrants or Muslims or any other group must be seen as a threat. Millions of individuals and families, with their unique hopes and dreams, are then treated as a single mass: a mass that can be dehumanized for political ends.

Christians must absolutely oppose such dehumanization given Jesus’ call for us to love our neighbors, especially our enemies. The hatred we receive from our enemies should be a cue to pray for their deliverance and healing rather than an excuse for escalation.

The problem is not with any group of people, but with the ideologies and anger that draw people to violence.

The problem is not with any group of people, but with the ideologies and anger that draw people to violence. The “lone wolves” who perpetrate such barbaric acts are wooed by modes of thinking that get them to see violence as an act of heroism and murder as a tool of liberation.

What seems to make such philosophies attractive is that they speak to a deep longing inside all human hearts. We all grow up wanting to be someone, wanting to make a difference. We all want the world to take notice and to be part of a cause bigger than us. In short, everyone wants to be significant and to belong.

That some people seek such significance and belonging in acts of violence simply illustrates how powerful such longings can be. These longings, it seems, retain their force even in societies where we are trained to be suspicious of the very narratives that were supposed to fulfill them: religion, the nation-state, gender, race. It may be no coincidence that some of the most barbaric acts, from the shootings in Paris to the crimes of Boko Haram in Nigeria, have been committed by those who want to reinstate some of those narratives as markers of identity.

So what is the answer? It is one that saints over the centuries have rejoiced in discovering. People can only find belonging and significance in the context of loving community. Rather than separating ourselves from those we perceive as dangerous, the Bible commands us to love them. Rather than campaigning for immigrants to be deported, we are told to welcome them and treat them like family. If all that seems impossible, it simply shows that we still don’t really understand what happened on Golgotha or what the coming of the Holy Spirit actually means.

In How God Became King, theologian N. T. Wright explains that Christians are called to live in the reality of the Kingdom and kingship of Jesus. This kingdom is not built on guns and bullets, but in the Spirit-led fellowship of believers who lay down their own agendas and choose to live lives of sacrificial love and radical acceptance, even in the face of hardship and violence.

Jonathan Downie is an interpreter, translator, preacher and church-interpreting researcher based in Scotland. You can follow him on his blog and on Twitter. / Image of Jan. 8 freedom of speech rally in Paris via Anky/Shutterstock.com.

Why we need that Dzhokhar Rolling Stone cover 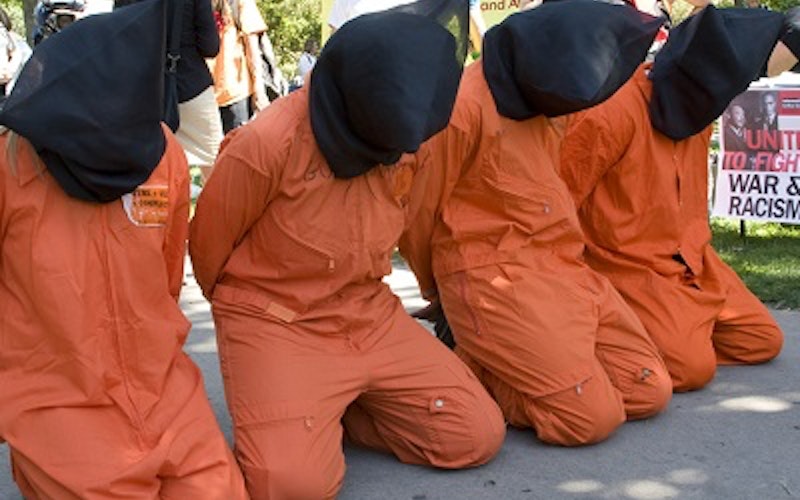 For Christians, there is no torture debate