In the aftermath of Hurricane Sandy, there has been renewed debate over whether or not it’s responsible to continue to build in disaster-prone areas.

“We can’t turn back the clock,” Dauphin Island Mayor Jeff Collier is quoted as saying in a recent New York Times article. Implicit in this remark is the dangerous idea that once a parcel of land has been built on, it must forever remain developed, at whatever cost.

One of the problems exposed here is the discrepancy between real-estate law - which tends to view land, even sandy shore land, as a permanent thing - and geography, which knows full well that rivers change course, beaches come and go and shelter islands can literally be here today and gone tomorrow. That is why parts of Missouri are now in Illinois, and vice versa. That darn river keeps changing channels.

An instructive example is Valmeyer, Ill., a small town that was relocated to higher ground after the devastating Mississippi River flood of 1993. Although relocating the town was expensive, it has proven to be a bargain compared to the cost of rebuilding it over and over again.

Christians should think more deeply about the real attitudes embedded in our decision to rebuild in harm’s way. This resolve shows a lack of humility before nature, and nature’s God.

From a Christian perspective, the primary problem is hubris, the Babel-like tendency to think we can build towers to the sky. This instinct allows us to think that engineering can solve flooding (it can’t, as we have seen with Hurricane Katrina and countless other examples) and science can preserve sandy shorelines in perpetuity (it can’t, either).

There is a political argument that constantly rebuilding in flood zones and storm-surge areas is an unfair financial burden on the inland population, and I am sympathetic to that argument. But while the political objection has merit, I believe as Christians we should think more deeply about the real attitudes embedded in our decision to rebuild in harm’s way. This resolve shows a lack of humility before nature, and nature’s God.

Shelter is a basic human need and desire, and God blesses our efforts to build homes for ourselves and our loved ones. But just because we can build a house on a beach doesn’t mean that we should, any more than the fact that humans survived on the moon for a few days means we should all move there.

There are places that are more or less hospitable to human habitation. And while McMurdo Station proves the point in an interesting way, no one seriously suggests large-scale settlements in Antarctica. I guess I’m arguing that parts of the Jersey shore are more like Antarctica than we want to admit.

The reason why Antarctica is – still - mostly uninhabited is that it is inherently hostile to human habitation. Should we not consider a low-lying coastal area in the same way? Sure, the beaches of New Jersey are far more pleasant than the Ross Ice Shelf, but the problems for permanent settlement are similar: a constantly shifting coastline, tidal variation and a propensity for catastrophic storms. The only real difference is New Jersey’s decidedly milder climate.

And just because we did at one point build on some beach is not a reason why it should remain forever built upon. As Jared Diamond points out in Collapse, entire civilizations have disappeared from seemingly pleasant spots in the Pacific Islands, Central America and even the Mississippi Valley. Surely a town of beachfront vacation homes on stilts could go away without devastating America’s culture.

The argument for rebuilding has two legs, neither very sturdy. On the one hand, rebuilders plead for cultural continuity: we’ve always lived here, therefore we always should live here. This argument spits in the face of human experience, the reality of constant flux. The other argument is that someone else is paying, so why not rebuild? Needless to say, the someone else is all of us, so it isn’t too hard to reject that line of reasoning

But more than practical, political or climatic concerns, Christians ought first to ask whether any inhabited place is a good fit with the limits God has placed on us. If it’s not, then let it be a scientific outpost, like McMurdo Station, or the moon. If it is, then let us enjoy it wisely and pass it on undamaged to our successors. 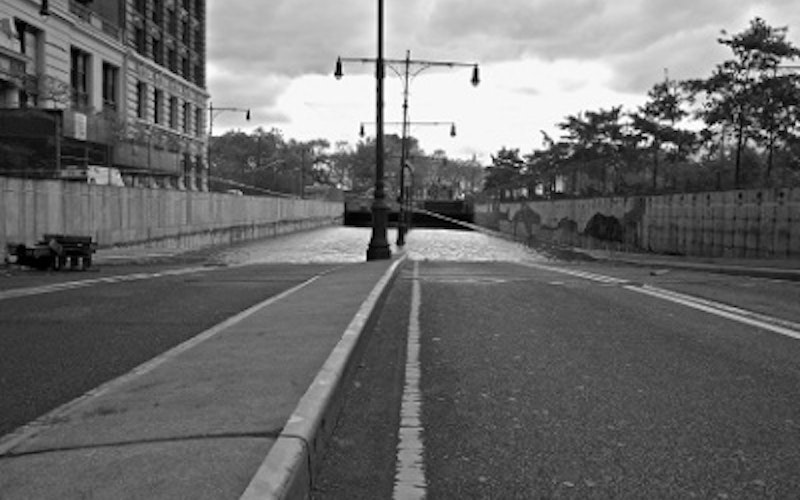 Memento mori in the aftermath of Hurricane Sandy 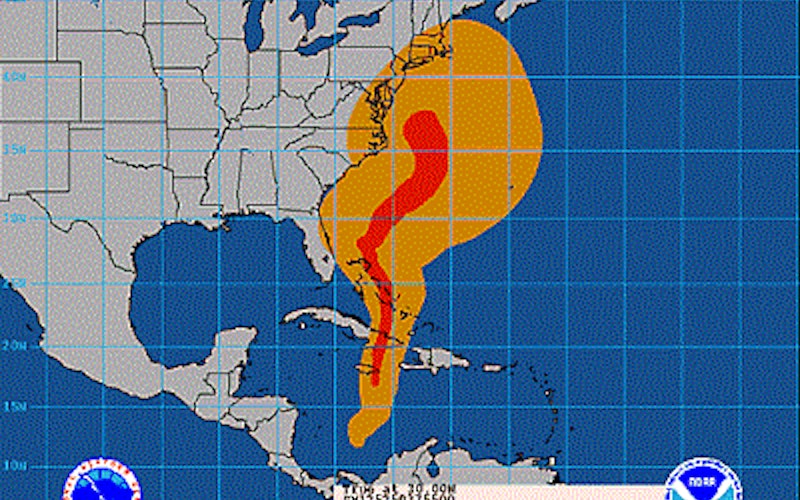 Hurricane Sandy through the eyes of Job