On the surface, the question was insulting. And hurtful.

I'd just taken part in a diversity panel during a Sunday service at a contemporary church in a large Midwestern city. Church leaders had approached me to participate because I was one of the only African Americans in the congregation. A friend of mine came up to me after the service and said something like, "Why should I have to worry about this race thing? I'm already saved. Isn't that enough?" This was a few years ago, so the quote isn't exact, but you get the idea.

Here was someone I considered a friend, someone I'd "done life with," asking me, an African-American woman, why he should care about race. I didn't have a good answer. I just don't have the luxury of not worrying about racial justice.

Then I tried to put myself in his shoes. How often do people in the world who are not directly affected by race and racism think about race? Black History Month notwithstanding, probably not very often. The church is no different. To be sure, the history of race in the church is a long and complicated one. There are reasons that the 11 o'clock hour is said to be the "most segregated." From early American Christians using the Bible to condone or even mandate slavery to the Ku Klux Klan being welcomed by some Southern churches, the enduring split that occurred in the Christian church is not surprising.

But it's not Biblical, either. For Christianity is a religion of reconciliation. There's a Biblical mandate for it that Christians need to recognize and implement in order to come closer to God. Now, more than ever, with Christianity undergoing a geographic growth and shift from Europe and the Americas to sub-Saharan Africa, Asia and the Pacific, according to a report from the Pew Forum on Religion and Public Life, it's important to become reconciled with God and one another on the racial question.

Rev. Robbie Morganfield, pastor of St. Mark's United Methodist Church in Laurel, Md., said the Apostle Paul made the point that we have been given the "ministry” of reconciliation. "God's intention is for human beings to live in harmony and in community with one another," Morganfield said. "From a religious standpoint, specifically from the teachings of Jesus Christ, there is a clear call to be people of reconciliation. Racial reconciliation would be part and parcel to that."

Curtiss DeYoung, professor of reconciliation studies at Bethel University in St. Paul, Minn., said the ministry of reconciliation seemed to drop out of the mainstream, as the Christianity that arrived in the colonies didn't focus on it. Because of that, Christian theology was "defective" in allowing for the sins of slavery and the genocide of indigenous people.

"In many ways, we saw reconciliation as an individual mandate, not a collective one,” DeYoung said. “It's individual; but also communal, social, societal."

Christianity is a religion of reconciliation. There's a Biblical mandate for it that Christians need to recognize and implement in order to come closer to God.

DeYoung said that if people see religion as an individual relationship - something between “me” and God - they're less likely to believe that racial reconciliation is important. But Ephesians 2 and 2 Corinthians 5 clearly define God's plan for reconciliation through Christ. "Just being right with God isn't enough," DeYoung said. "We have to live in community with His people."

But it isn't easy. DeYoung pointed out that reconciliation is tied to the language of crucifixion, as Paul uses reconciliation to describe the result of Jesus' death and resurrection. "There's suffering for everyone involved," DeYoung said. "There's a cost."

Many blacks see church as a place of refuge from racism, DeYoung said. And many whites and blacks don't want to step outside of their comfort zones. But the Christian faith isn't always about comfort, is it? At least, it shouldn't be.

According to DeYoung, the first step is to recognize that "this race thing," as my friend called it, should be a priority. As for what I should have said to that friend? DeYoung said this answer, given in love, might have been a good one: "If Christianity were only about salvation, we wouldn't have racially segregated churches. We've allowed sin to come into the church."

Kimberly Davis is working on her Ph.D. at the University of Maryland’s Philip Merrill College of Journalism, where she researches the intersection of religion, media and politics. Follow her on Twitter as @KDavis. / Photo courtesy of iStockphoto. 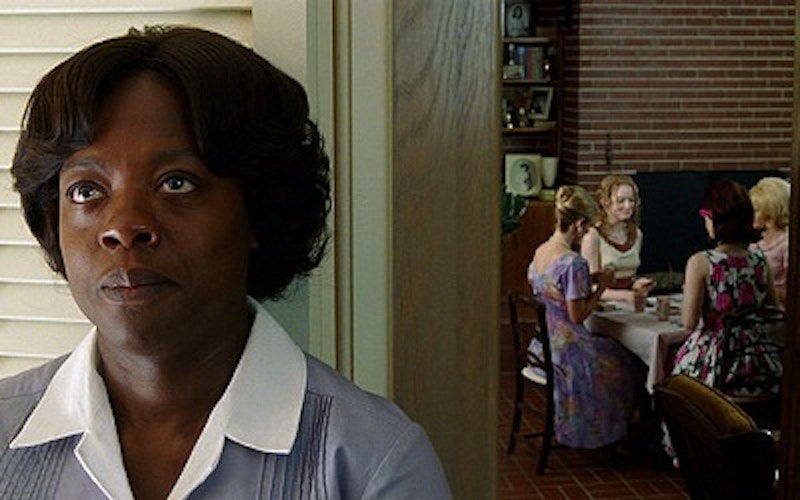 Loving one’s enemy in ‘The Help’ 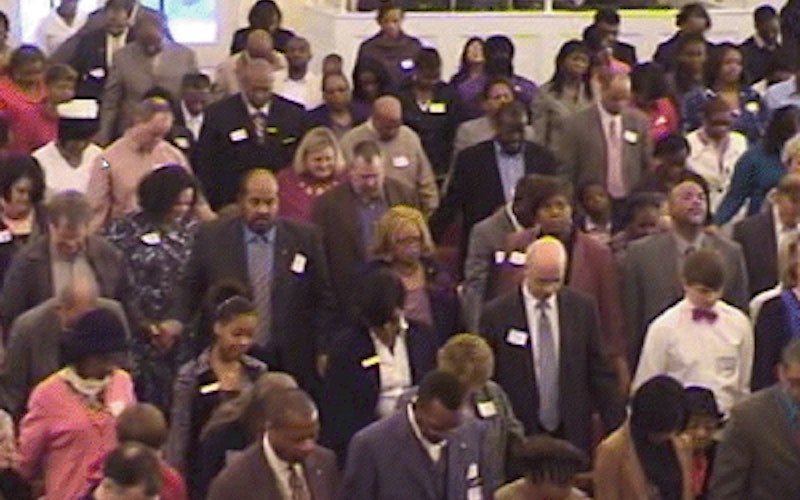