Slate recently published a striking photo collection by Serge J-F. Levy under the title “Finding God in Maximum Security Prison.” Taking pictures in prisons either domestically or abroad is a feat in and of itself, as most prisons strictly forbid it. The Slate story says that Levy had to convince authorities that he wasn’t looking to make the prison look bad but “was looking at something that could possibly make a prison and its staff look better.”

The photos certainly do make prisons look good. In fact, there is a romanticizing quality to them that makes prison time look inviting and helpful for those incarcerated. As someone who has served full-time in prison ministry for the last 15 years, I am distressed by this cache of clichés. Maybe they are supposed to bother me and the whole thing’s a parody. But I doubt it.

Prison ministry is desperately important and, I believe, can make a difference in the rehabilitation of God’s image-bearers. But the photographs give the impression that the way we punish folks is the right way. If a picture is worth 1,000 words, these are an encyclopedia of praise for mass incarceration because, well, folks get saved there.

The fact is that long-term incarceration has a faulty philosophical backdrop and is causing irreparable damage to its victims and to our society. Prior to the Enlightenment, long-term incarceration was rare. With the rise of the Age of Reason, however, corporal punishment was gradually replaced by “reformatories” and “correctional” facilities.

The photographs give the impression that the way we punish folks is the right way.

If reason is humankind’s supreme modus operandi, putting a person in a cell and giving him enough time to think about his crime should cause him to see the error of his ways. Taking this to an extreme in supermax prisons or solitary confinement, we isolate criminals from everyone and everything but their thoughts so they can really think about their actions. Christians may chime in that it gives a person the opportunity to pray.

The human mind, however, is corrupt and needs renewal before it can do any correctional good. “You’re gonna get your mind right, Luke - and I mean right,” says the captain of the chain gang in Cool Hand Luke. But the captain’s system only produces compliant zombies. Our system produces revolving doors with staggering recidivism rates.

Furthermore, the overuse of incarceration stimulates raw retribution rather than reformation or restoration. The paramilitary character of prisons makes human-rights issues murky at best and provides a cover for what happens behind the walls and wire of prison yards. Only photographs that paint a rosy picture are allowed.

As long as mass incarceration remains our primary means of punishing wrongdoers, the Enlightenment’s ugly legacy, with Christian acquiescence, will persist. We should not tolerate romantic or idealistic notions about prison ministry. It’s not a glamorous business. Photographs of prison life may put lipstick on a pig, but without a radically different weltanschauung and systemic change, prison ministry is like holding back the ocean with a broom.

H. David Schuringa is president of Crossroad Bible Institute in Grand Rapids, Mich., an international character formation and advocacy agency for people in prison and their families. 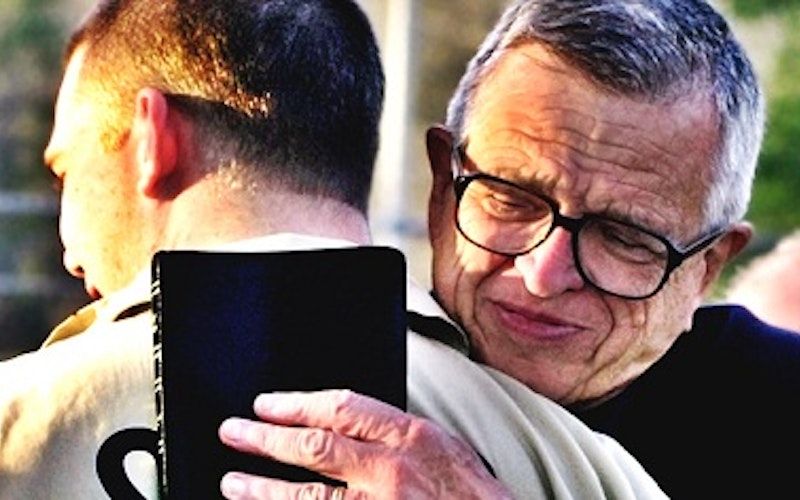 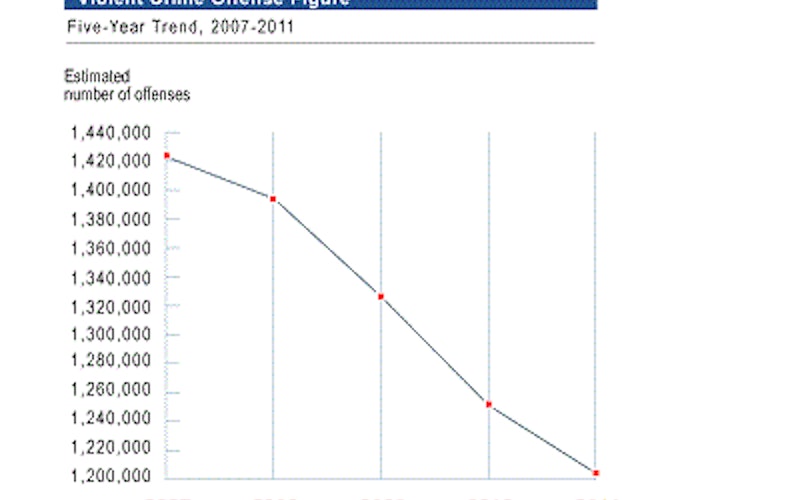 Could this be partly why crime is in decline?