Performing for crowds at parks like SeaWorld was never part of God's design for orcas.

You can’t think of SeaWorld without picturing the park’s iconic orcas performing tricks before crowds of awestruck spectators.

Thus SeaWorld’s announcement that it will phase out the use of these intelligent, beautiful — and deadly — animals is as astonishing as it is welcome to those concerned about the welfare and well-being of both animals and people.

The wholesome, harmless (and false) image of killer whales performing and playing with trainers to the delight of families was forever tarnished in 2010 when a trainer was killed by the largest orca in captivity before horrified spectators. Although SeaWorld initially blamed trainer error for the gruesome death, it was later shown that Tillikum, the orca, had already killed two other people since being taken into captivity in 1983 when he was 2-years-old.

Like all animals, orcas were designed by God to function in certain ways within creation. Like all animals, orcas are fascinating creatures, and our desire to observe, learn about and even be near them reflects God’s own delight in their goodness. Yet, to satisfy those desires in ways that go against God’s design imperils both humans and animals.

We can give SeaWorld (and circuses and zoos and perhaps even factory farms) some benefit of the doubt. Human history is a series of mistakes made and lessons learned. As we learn better ways, we can correct the errors of the old ways. But we must correct those ways.

Orcas were designed by God to function in certain ways within creation.

In America, a good deal of the responsibility for improvement rests with consumers. It is imperative then, in a capitalist economy like ours, for consumers (particularly Christian consumers) to be informed and to vote wisely and well with our dollars. Performances like those forced upon orcas by SeaWorld exist only because consumers make them profitable.

In his forthcoming book, The Humane Economy, Wayne Pacelle, president and CEO of the Humane Society of the United States, makes a compelling case for the ways capitalism and animal welfare can advance together:

The humane economy, when it’s working, is capitalism at its best, engaging the problem of cruelty to animals and applying human creativity to answer the demands of a morally informed market … the humane economy is a series of changes and choices that add up to a welcome moral opportunity, a chance to make our own lives better, and for all humanity to leave a kinder mark in the world.

Companies who refuse to adapt to the demand for more humane treatment of animals, Pacelle argues, will simply be left behind. SeaWorld’s decision shows that it is willing to adapt in order to meet this new understanding.

Particularly notable for Christians are the factors that led to the company’s decision. Most significant, of course, are changing consumer needs, which are evolving quickly and broadly toward the demand for more humane practices wherever animals are involved. But even more interesting than the forces of capitalism at work is the role that human relationships played in SeaWorld’s decision. The park and the Humane Society had been adversaries for decades. But over the course of two months of meetings between leaders at both companies, an agreement was reached that not only spelled good news for the orcas, but resulted in a new partnership between the companies to work together toward agreed-upon goals. Along with ending the breeding of orcas, which will lead to their being phased out at SeaWorld, the park has committed to working with the Humane Society to expand its rescue and rehabilitation of a variety of sea animals and to reorient its programming to provide visitors with better knowledge about the natural state of orcas and other sea life.

In other words, the new model will allow these animals to better live out — and consumers to better witness — God’s design for them. 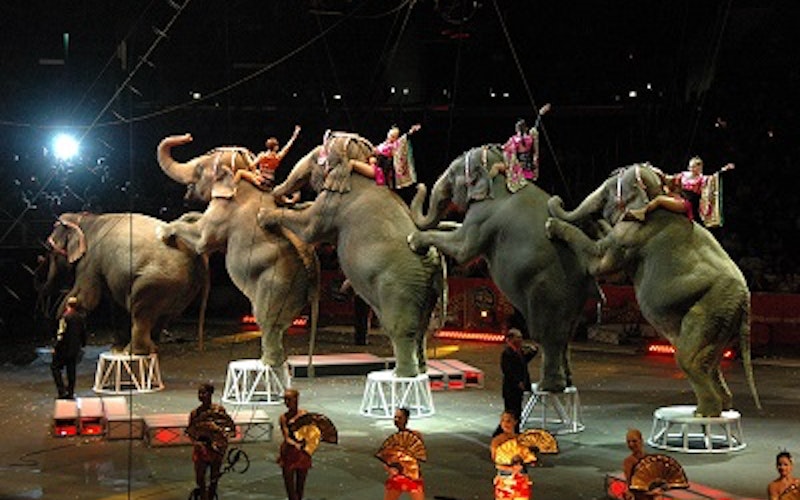 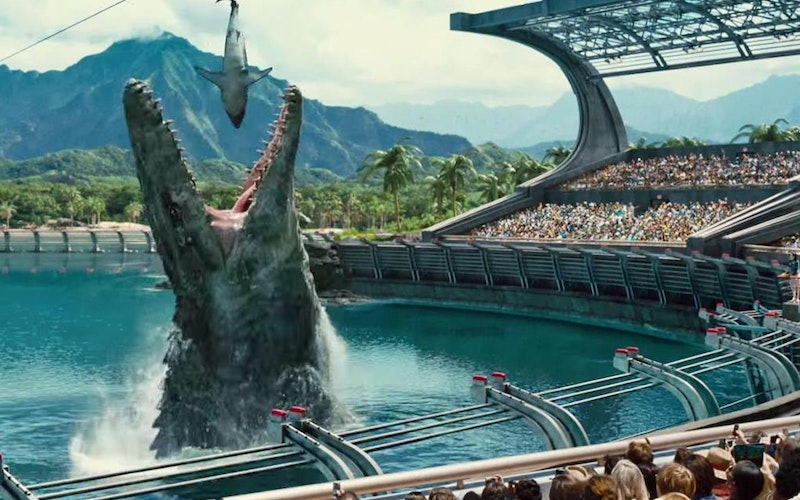 Jurassic World’s Cruelty Toward its Creatures