In a post-apocalyptic dating world enabled by the likes of Tinder, the Christian vision of sexuality is unimaginably good news.

Love isn’t easy in the digital age and, apparently, neither is responding to criticism. Last week, Vanity Fairran a piece by Nancy Jo Sales on “Tinder and the Dating Apocalypse,” the contents of which provoked the Tinder Twitter account into an “emotional meltdown” that ranged from accusations of shoddy journalism to invoking North Korean users as legitimation of its services.

Although the title of the article singles out Tinder, Sales’ argument is more general than that, suggesting that various dating apps have played a key role in the reduction of sex to one more depersonalized consumer product. This reduction is not something new, but the degree of efficiency it has attained in promoting hook-up culture is.

Although critics more levelheaded than Tinder’s Twitter account have raised questions about Sales’ piece, the anecdotes related by Sales strike a chord because they reveal how brutal, de-personalized and de-humanized sex has become, especially as aided and abetted by technology. To be honest, after reading the Vanity Fair article for the first time, I felt sick - not because of self-righteous disgust, but because of how sin and technological tools have so warped how we treat others and ourselves. In fact, it was the same kind of sickness I felt when I watched and read about the Planned Parenthood videos.

Is it a stretch to compare the abortion of babies with the promiscuous practices of consenting adults? I don’t think so. There is coherence to our sex life that we cannot escape, particularly between how we treat our sexual partners and the result of sexual union. The basic equation is this: “the meaning of sex” = “the meaning of the result of sex.” If sex is just about meaningless biology, then babies are nothing more than meaningless biology as well. And long before we dehumanize and brutalize babies in the womb, Sales exposes how we de-humanize and brutalize our sex partners, treating them as less than persons.

In a post-apocalyptic dating world, the Christian vision of the human person is unimaginably good news.

In this context, the wisdom of C. S. Lewis seems especially apt: “We use a most unfortunate idiom when we say, of a lustful man prowling the streets, that he ‘wants a woman.’ Strictly speaking, a woman is just what he does not want. He wants a pleasure for which a woman happens to be the necessary piece of apparatus.” So the logic of our sex is chillingly consistent with our logic of children: people are disposable. Is it any wonder that the sexual revolution and dating apocalypse go hand in hand with legalized abortion?

The Vanity Fairpiece makes me despair, but it also gives me the desire to more clearly articulate a Christian vision of sexuality, which is not a prudish rejection of sex but a joyful embrace of the whole person. In a post-apocalyptic dating world, the Christian vision of the human person is unimaginably good news. I want to shout from the mountaintops to the men and women in Sales’ article: “You are not reducible to an apparatus for physical pleasure! You are not reducible to a profile or an image on a screen to be judged by whether someone swipes right! You are beloved by God and called to something so much more, a self-giving love modeled on the love of Christ, who gave Himself for us!"

The good news that we are called to treat ourselves and others with the full dignity and respect of an image-bearer of God might sound to some like a kind of death - and it is - but those who embrace it will find that they have life, and have it more abundantly. Christians have a message and a way of life that is, amidst this supposed apocalypse, a revelation: that we are made from love and for love. Tinder can’t hold a candle to that. 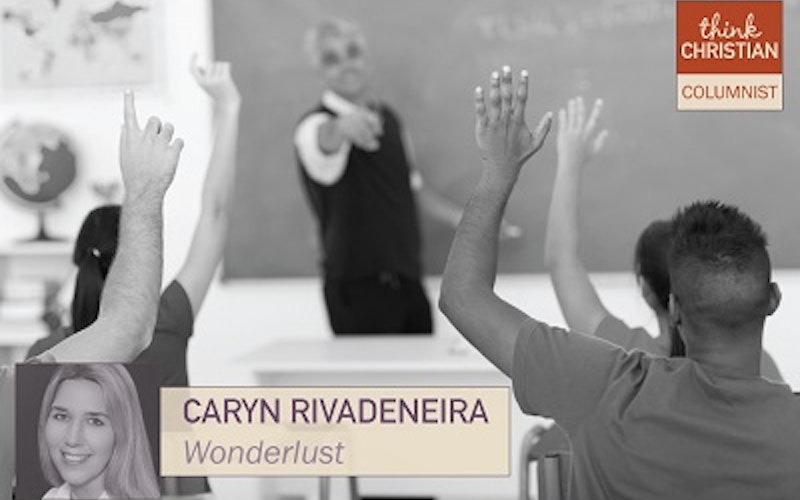