Soylent bills itself as a smart meal substitute, but what if we were created for more than convenient nutrition?

“Agriculture’s one of the most dangerous and dirty jobs out there… There’s so much walking and manual labor... Surely it should be automated.”

This is the candid response that startup entrepreneur Rob Rhinehart gave in a 2014 interview shortly before shipping the first batch of the meal substitute beverage, Soylent, that he and his tech buddies had invented. While reviews on the flavor of the sludgy, beige drink have been mostly negative, the company gained popularity among investors and consumers with the appeal of maximum nutrition for minimum effort. But what if we were created for more than convenient nutrition?

Last month, Soylent voluntarily recalled some of their snack bars after reports of consumers complaining of food poison-like symptoms, including severe vomiting and diarrhea. In an update posted to their website, Soylent reassured their customers that they have “worked aggressively” to discover why some consumers were getting sick. Which leads me to wonder if Rhinehart is updating any of his views on the actual amount of effort required for automated food.

What if our food wasn’t meant be convenient and our food sources efficient? Even though the company’s marketing images show hip young adults sipping from a white Soylent bottle while mountain biking and hiking ocean cliffs, one of the demographics responding most positively to Soylent’s brand message are the entrepreneurs holed up in windowless office cubicles cranking out 18-hour work days. Maybe we don’t get to escape work either way? In that case, let’s savor the flavor, color, quality, and preparation of our food.

It’s hard to imagine anyone savoring a beige-yellow, chunky liquid that some have likened to drinking refrigerated oatmeal. While I commend Rhinehart and his team for their desire to ingest good nutrients instead of, say, microwaveable burritos, might there be more to food than the sum of its nutritional parts? Does the packaging and preparing matter?

Our Creator rejoices in the particulars of color, shape, and flavor rather than bland generalities.

Yes, I think it does. Take, for instance, what we’ve learned about certain compounds contained in fruit skins, which are not necessary for human survival but still provide important health benefits. For example, the pigment that makes tomato skins red, lycopene, has been credited with lower rates in prostate cancer. Compounds responsible for a blueberry’s blueness have been connected with decreasing diabetes rates. Soylent prides itself on containing all of the nutrients needed for survival, but we were made for more than mere existence.

Take heirloom tomatoes as another beautiful example. Cultivating heirloom tomatoes requires manual labor for not only the farmer who harvests each crop, but also for the generations of farmers saving and passing along the seeds for the most flavorful outcomes. This work is not necessary for humans to keep from starving. Currently there are more than 3,000 varieties of heirloom and heritage tomatoes being cultivated across the world, out of more than 10,000 known varieties. If automated, labor-free nutrients are all we need, then what is the point of all those peculiar tomatoes? Should we stop bothering with all of this inefficient work, requiring generations of manual labor?

In that 2014 interview, Rhinehart shares a bit of his personal history. He grew up in a Christian family but claims to have lost his faith during his senior year at a Christian high school when he tried to prove the creationist principle of a young earth from a scientific point of view. He read Dawkins and Hitchens and instead titled his paper “Bad Religion.” He failed the class and left the church. I empathize with his desire for better science, but find his new dogma that man can live on Soylent alone to be a very bad religion indeed.

As a Christian, I think that everything God has created points to his character. Apparently, our Creator rejoices in the particulars of color, shape, and flavor rather than bland generalities. His nature produces bounty, not scarcity. Rather than meeting our needs with the least amount necessary to keep us alive, he created a world capable of producing more than any human could possibly want.

Soylent has been compared by some to manna—a one-food-for-all solution. And there may be times of crisis when this sort of food science is a blessing. But if Soylent is manna, let’s remember we were made for lands flowing with milk and honey, and be grateful for the capacity our bodies have to not only require food, but to work for it and enjoy it as well. 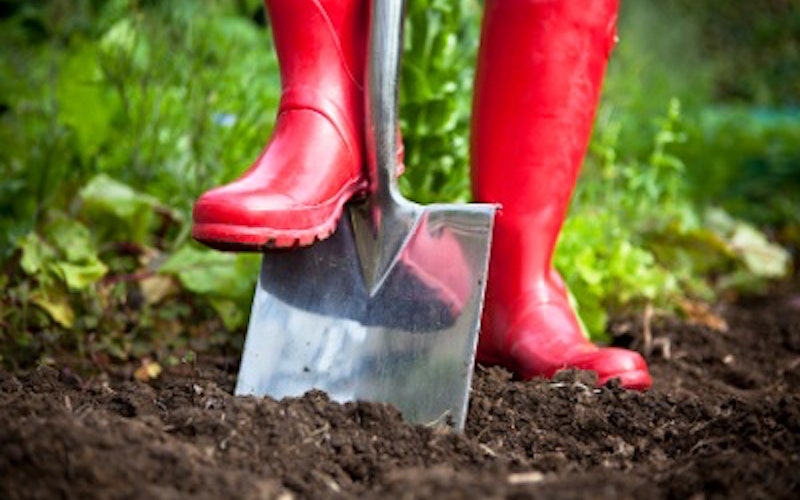 Why gardening is thriving in a convenience age