Why should Christians advocate for locatecture over starchitecture? Because as bad as universalism is as theology, it’s also terrible as design philosophy.

In a provocative New York Times’ article, Witold Rybczynski offers a startling thought: What if all the globe-trotting architects plying their trade from Shanghai to San Francisco just stayed home?

Rybczynski’s thesis, which I heartily agree with, is that architecture is - or should be - radically place-based. That is, a building in Pittsburgh is fundamentally a different thing than a building in Pyongyang - a fairly obvious fact that the jet-set architects known as “starchitects” often forget.

Rybczynski offers a complementary argument that even great architects design better buildings at home than they do abroad, because they understand their local communities at a much deeper level. This notion – known as locatecture - makes sense, too.

Why should Christians care about starchitecture? Because God cares about places, and so should we. While the Gospel is universal, much of the Bible is highly specific about locale: in or outside of the camp, this or that side of the Jordan, the land promised to Abraham, the territories allocated to the twelve tribes, etc., etc. It seems that not all places are the same, which is one of the tenets of Modern architecture that drives me crazy. Unlike, say, iPhones, architecture doesn’t work the same way everywhere. Places are different. They have different geography, different climates, different cultures and traditions. Even the ground you build on is different. In Alaska, for example, you need to know that permafrost behaves very differently from dirt. As bad as universalism is as theology, it’s also terrible as design philosophy.

As bad as universalism is as theology, it’s also terrible as design philosophy.

And that’s Rybczynski’s main beef with the starchitects - they seem to be more intent on exporting their “brands” than they are on understanding the places where they are designing. This enables one to spot a Frank Gehry building in Bilbao, in Los Angeles or in Cincinnati with little discernable difference in approach. At its illogical ultimate, every city would have the same museum and concert hall, designed by the same globe-trotting whiz kid, with no way to tell one city from another.

This is the flip side of the more familiar franchise problem: that when every city has a Taco Bell, an Applebee’s and a Gap, there’s no more need to travel because every place is the same. When both high-end and low-end architecture tend toward global sameness, we all suffer.

What’s a Christian to do? Resist the all-too-human notion that real talent has to come from somewhere else. Advocate for localness in design, even when working with out-of-town designers. And learn the peculiarities of your own place well enough to explain them to someone else - an architect, for instance. One client sat me down in a Pittsburgh tavern and lectured me (in a friendly way): “This city is all about the bridges and the rivers.” The result of that conversation was PNC Park.

I have a particular sensitivity to this issue because my practice takes me all over North America. As a result, I go to some lengths to understand the particular personality of a place before I ever start designing anything. I hope this results in buildings that feel right for Houston or Pittsburgh or Peoria more than they feel right for publication in architectural magazines. But I would have to agree with Rybczynksi that I’m probably a better designer in Kansas City than any of these other places. That’s the nature of place, and the limitation of being human: you can’t understand everywhere, any more than you can know everything.

David Greusel is founding principal of Convergence Design, a Kansas City architectural firm. While with another firm, Greusel was the lead designer for Minute Maid Park in Houston and PNC Park in Pittsburgh. He is also the author of “Architect’s Essentials of Presentation Skills.”/ Photo of Frank Gehry's Bilbao Guggenheim Museum via Wojtek Gurak/Flickr Creative Commons. 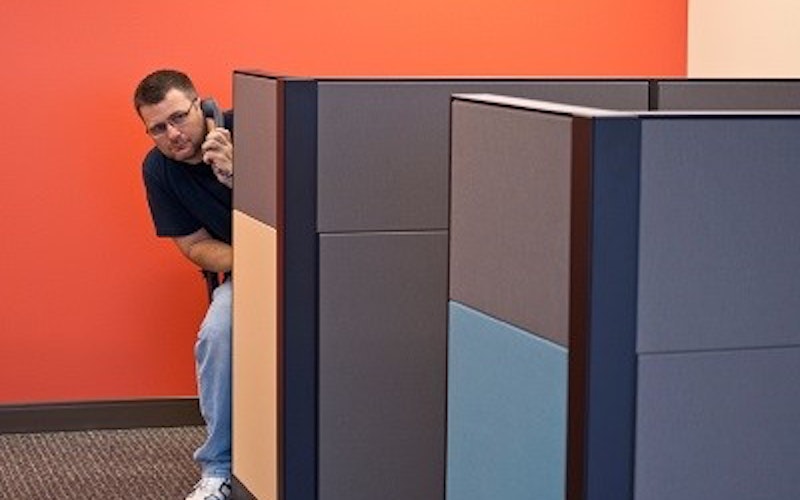 The curse of the cubicle?