I have a 6-year-old daughter and a 2-year-old son. When I process current events, I often do so through the lens of the absolute joy and terror of raising children.

In the past few weeks, my parenting angst has centered around sex and gender. Several weeks ago, Sarah Bessey's post on evangelicals and the purity culture had me thinking about how we talk to our children about sexual ethics. I chewed on her idea that the emphasis on virginity might, in fact, be so shame-based that it obscures God's magnificent grace. And I wondered if perhaps it idolizes virginity and maybe sometimes ventures into a place where female virginity even becomes a commodity to be consumed by a spouse.

Then, when two teen boys were convicted of rape in Steubenville, Ohio, I reviewed the details of that horrible story and the nuances of the media coverage. And like many other parents, I wondered: how could I make sure this never happened to my girl? What could I do to raise a boy who would never do something like this?

Meanwhile, my Silicon Valley community has been all a-twitter about a mess at a large Web conference. Rather than turning around and telling a couple of men to stop making lewd jokes, a woman tweeted a picture of the men in an effort to expose them. As a result, two people were fired (the woman and one of the jokesters) and incredibly ugly, violent and sexist comments were directed at the woman via social media. One blogger summed it up well by saying that "everybody lost" and that the entire incident has highlighted the deep sexism that pervades the tech industry.

The goal of Christian living is not simply being able to tick off the right boxes on a list of dos and don'ts. Our ultimate goal is the restoration of God's shalom.

It's not just this month, of course: gender and sexuality are always in the news. You hear these stories as a parent and you think: how do we raise girls who are confident, wise and safe? How do we raise boys who respect women? How do we raise children who refuse to tolerate injustice?

My kids are little enough right now that I spend most of my time trying to teach them about right and wrong, what they may and may not do. There's obviously a time, a place and a developmental stage for that. But these recent events remind me that I can't just teach my kids a list of dos and don’ts. If I leave it at that, it’s quite possible that they miss the point that sex is a good thing, and that there’s an enormous distinction between healthy sexuality and sexual abuse and violence.

I want my kids to make decisions about sex and gender based on a solid theological anthropology. As Christians, what do we believe about how God made humans, what it means to be male and female and how we live together as gendered, sexual beings? The goal of Christian living is not simply being able to tick off the right boxes on a list of dos and don'ts. Our ultimate goal is the restoration of God's shalom.

My kids, like me, like us all, are going to sin in the sex department. But in the end, I’m less worried about their sins than I am about them being the people God wants them to be. I want them to love being creatures who have bodies. I want them to keep their bodies and sexuality safe, but also to protect and respect and care for the bodies of others. I want them to cultivate their own gifts as women and men. I want them to encourage and build up the gifts of the men and women they will work alongside of. I never want them to think that someone else’s body may be used solely to act out their own pleasure or anger. I want them to know that sex is fantastic and part of how we take pleasure in God's good creation.

What are ways we can encourage this?

Erica Schemper is a pastor, mother (current emphasis on the mother part) and displaced Chicagoan living in the San Francisco Bay area. She blogs at Don't flay the sheep. / Photo via iStockphoto. 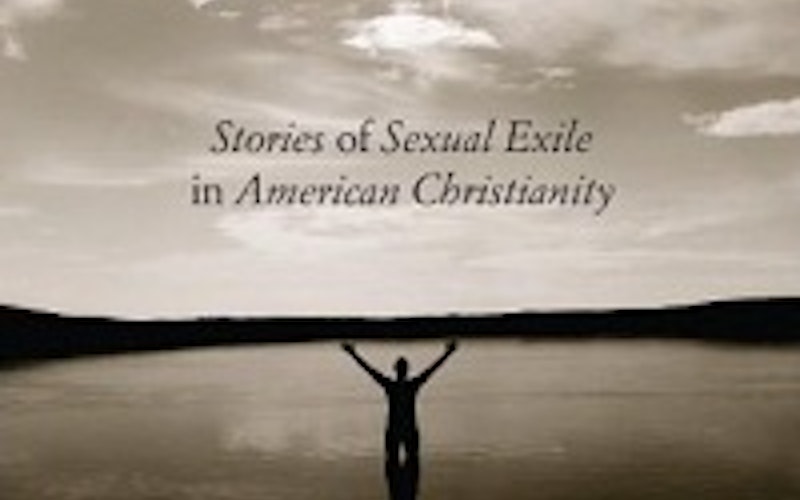 Rules, purity and the wilderness of sexuality